Wonder Egg Priority comes to an end, and it leaves a load of unanswered questions that might not be answered until this summer.

I Didn’t Sign Up For This – Momoe, Neiru, Rika, Ai

Momoe is done. The trauma from watching her pet die was too much, and being forced to eat them? Nope. It isn’t clear if she isn’t going to be friends with the other girls, but when it comes to the Accas? Well, they could kiss her behind.

As for the rest? Well, Rika wants revenge, and Neiru? Well, she hasn’t reached the end of her journey, so she is as unaffected as ever. Leaving Ai, who is well-versed in what went down and is prepping for her own encounter with Frill’s minions.

So who is Ai’s final egg? Well, an alternate version of herself. One who died from drowning. As for the Wonder Killer? Well, Mr. Sawaki. Yeah, this situation is trippy and seems to be about pushing Ai to understand herself, her insecurities, and feelings towards Mr. Sawaki, and really appreciate the role Koito played in her life.

With all that said, once again, we don’t get a definitive answer as to why Koito killed herself. But, at the very least, Ai didn’t lose her pet thanks to mirror world Ai saving her and them. Though whether or not Acca and Ura-Acca may let Ai back is anyone’s guess. Ura-Acca asking Acca if he cares about Frill

Why? Well, because neither she nor Rika are part of the experiment anymore. Granted, Ura-Acca wants to know why his daughter killed herself, and Acca wants to know if Frill truly is why these girls killed themselves. However, with no real means to draw Frill out and her minions being far stronger than anything Ai and Rika can handle, we’re left on an ellipsis.

This episode is frustrating due to thinking this was it. So considering we don’t learn why Koito died, combined with Ai saying she doesn’t need to know, that didn’t resolve our own curiosity. Also, there remains so much unanswered here. Be it whether Neiru may ever face Frill’s minions, and could Acca be trying to snatch an alternate world version of his daughter from a different reality? Also, I’m still trying to understand how the Accas became these weird puppet-looking things? I get they are next-level geniuses but, so many details are lacking here. 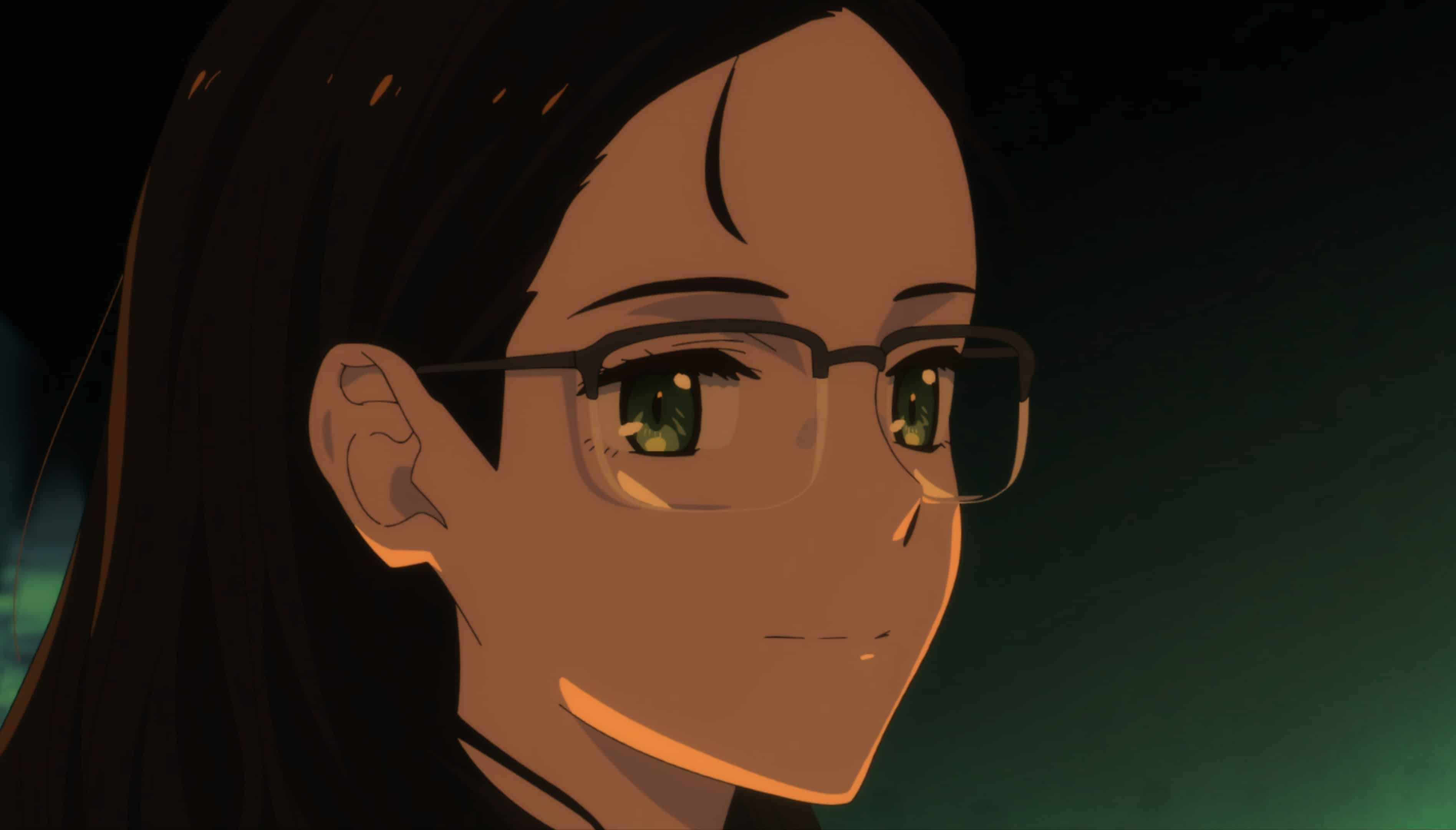 Koito looking over at Ai

Heck, even the question of where is Frill’s body and can her minions be defeated is left for the June finale. Which, with it coming on the tail end of the Spring season, it does make me wonder if this will even be on our radar by then?

While it's true season finale is in June, with episode 12 less so hyping us for the finale than hoping it wraps everything up, we're left hoping this awesome series doesn't end with many questions left unanswered.