After taking an episode off, the boys are once again called upon to handle a life or death situation. But will RGB work together to save everyone once again?

You Think Too Much – Hajime, Gutter, Chop, Kaba 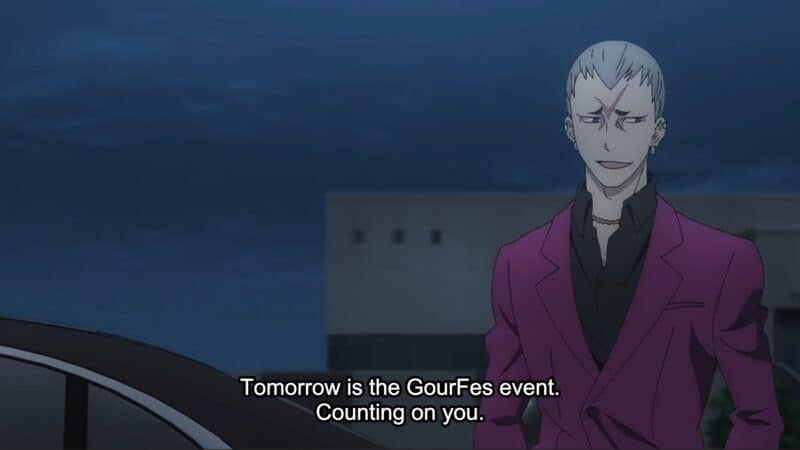 With the Yabusame gang trying to buy up Takara Shopping Street before Tokyo incorporates the district, they have multiple means to make sure they bury Itadaki from competing. Gutter and Chop, the two who got their behinds beat by Shuta, they bought all of the cabbage Mari needed for her special dish. Which, to Hajime, was overkill since he already bought the win.

Kaba learns about this, so he confronts Hajime, who reminds him that, with the issues his daughter, Kozue, is having, Mr. Kaba may want to mind his business. If not take a helping hand from him, for he is a better friend than an enemy.

With Gutter and Chop buying up all the cabbage that Mari needs, she is worried, and RGB is pissed. Thus leading to Ran wanting to steal the cabbage since it would be terrible for it to go bad in a warehouse. However, with Koki’s association with the police, he refuses to let that happen. As for Shuta? He is just trying to keep his bickering friends from escalating the situation further.

Which, with a group call, Kaba handles, since he apparently called in a favor so Mari can get the special cabbage she needs. Thus allowing her to properly compete. And, perhaps as a karmic reward, despite how Kozue, Kaba’s daughter, has become reclusive, with seeing Ran’s videographer Kinako at the Gourmet Fest, she decides to go.

And perhaps to really put his karma overboard, despite Hajime’s threats about Kozue’s attendance at school, Kaba, publicly, reveals Hajime’s team, Mon Jungle, cheated. This is to the shock of Mr. Chikushi, who seemingly thought Kaba would get in line, but the kids? That is, Koki, Ran, and Shuta, knew their favorite teacher wouldn’t yield due to the pressure.

No sooner than Kaba being a hero, RGB is called upon to do the same as a tornado is on its way, and it seems there is less of a chance everyone can be saved. Though, what really lessens the chances of everyone living is that, unlike last time, RGB isn’t collaborative. Rather, Ran focuses on bringing containers, Koki handling communications, and Shuta using brute strength to clear the roads.

This leads to a lot of conflicts as Mr. Chikushi and his partner Hana find themselves in conflict with Shuta, who is tossing people’s vehicles into the water. As that happens, vehicles with shipping containers are arriving, and with Shuta not knowing why and fears they could be another obstacle to deal with, he stops them and ends up blocking all the people Koki directed to evacuate being stuck.

Thus, the three were forced to talk and salvage what of their individual plans could work to save everyone. However, 21 die and 120 get seriously injured in the end, and one of the people who die is Kaba. Why? Well, Kozue does end up at the festival, looking for her dad and Kinako, and in the chaos of the evacuation, she freezes in place, and Kaba has to go rescue her. Unfortunately, he only finds himself able to console her for a while, as Shuta battles the storm to get to them. But, while Shuta is able to get to Kozue, Kaba is taken by the wind and killed. 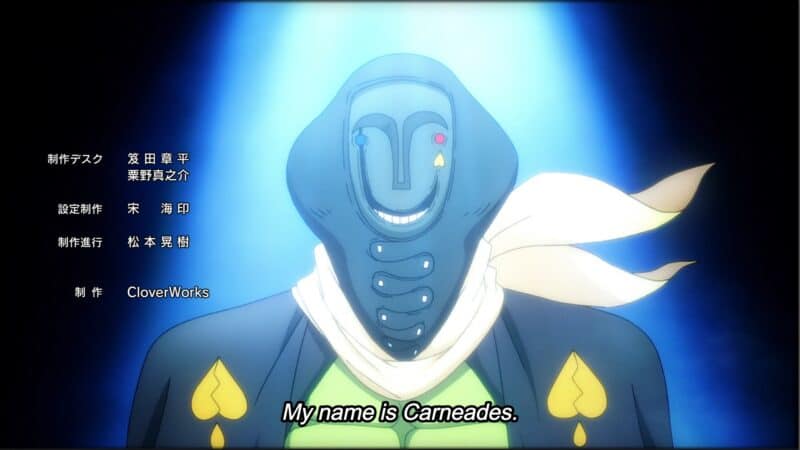 Though, to make matters worse, we learn this event might have been man-made by a terrorist named Carneades. Someone who makes their presence known on television and seemingly will be the season’s central villain.

They Didn’t Save Everybody – Including a Major Character

After episode 1, you could be led to believe this would be another show where, despite insurmountable odds, our heroes always save the day. But with 120 injured, 21 dead, including their mentor and favorite teacher, we got put on notice. These boys, who clearly live three separate lives and have three very different perspectives, not working together can cost lives.

And with us seeing the stark difference of what they can do in episode 1 and now in episode 3, it really pushes you to see this show isn’t playing. If the boys don’t learn to align themselves in Asumi’s image of them, people will die, get hurt, and it will be their fault. 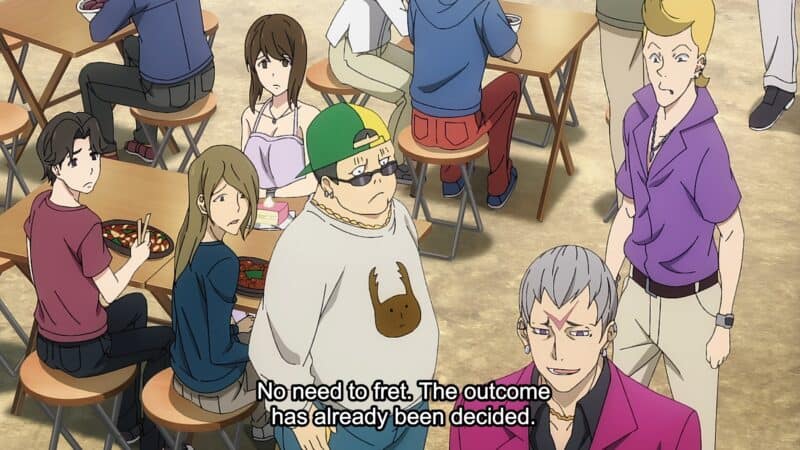 Hajime makes an adequate villain for the day-to-day stuff, like the shopping district being threatened. Then there is Carneades who will force the boys to tap into their superpowers, and this combination is quite exciting. We have two villains with notable personalities and looks which show themselves as formidable and not easily outdone by a bunch of teenagers or people without the same resources as the villains. It’s a welcome surprise that leads me to think we’re in for one hell of a show.

Tokyo 24th Ward: Season 1/ Episode 3 “Here Today, Gone Tomorrow” – Recap/ Review (with Spoilers)
Overall
With two villains that can face off against RGB in their every day and superhero lives, we get more than we could hope or ask for. Especially since one villain has killed a major character who'd you never would expect to die.
Highlights
They Didn't Save Everybody – Including a Major Character
Villains Introduced
Disputable
88
Subscribe to our mailing list