To Your Eternity: Season 1/ Episode 3 – Recap/ Review (with Spoilers) 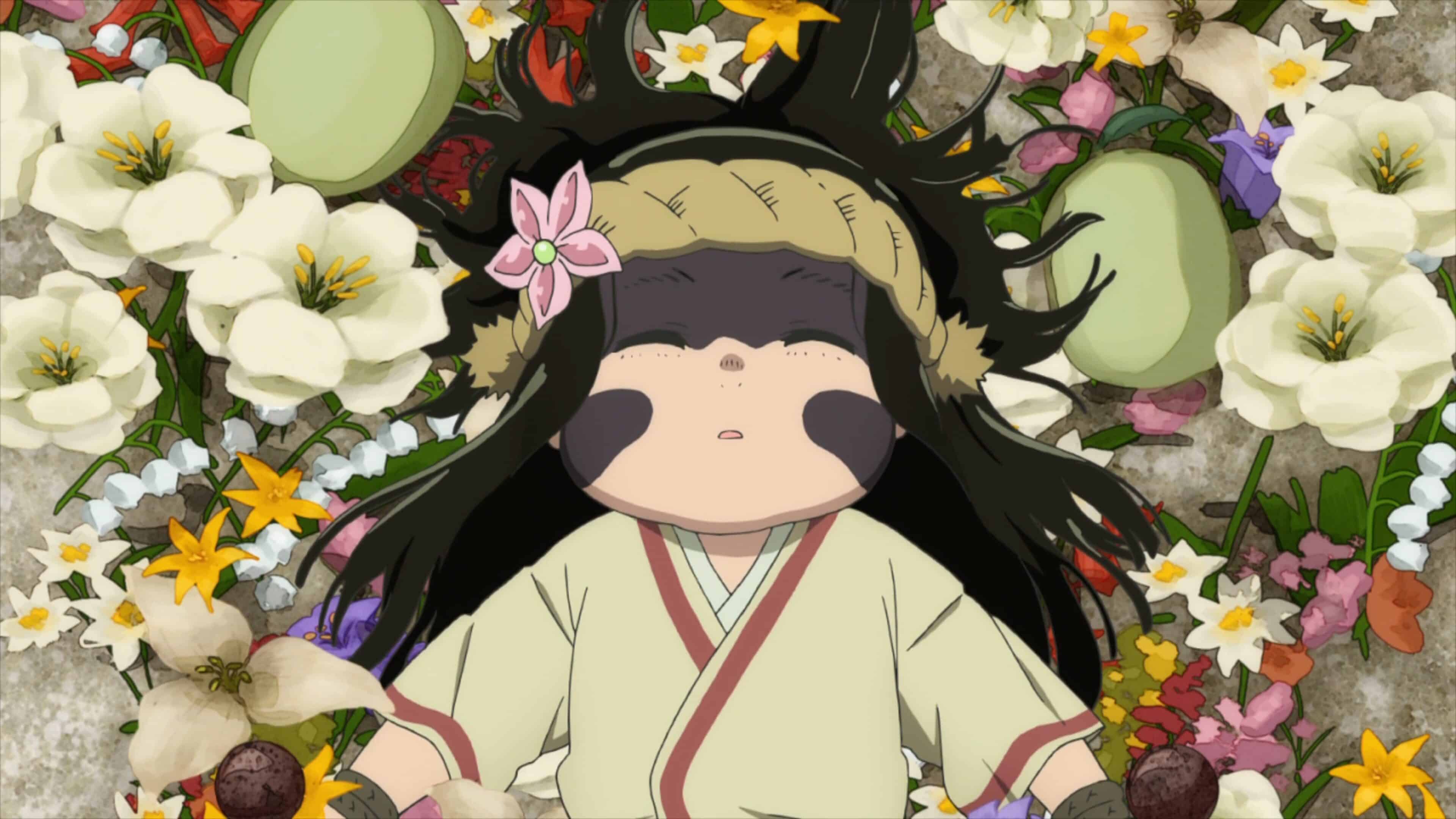 March laid out to be sacrificed

Once more Fushi evolves, but this time not for the survival of itself, but another, and it leads to an ensnarling fight.

With being tied to a tree, Parona uses a knife from her boot to get free, and just in time to escape a bear that is at least one or two stories tall. However, the true luck might be how she jumps off a cliff, hits multiple branches, and seemingly not a single bone is broken when she lands.

But while Parona is lucky, March is not. Hayase catches up to her, and while we know Fushi is capable of great violence, he is still in this weird daze and doesn’t do anything when Hayase takes March away. Rather, he just continues to wander.

Luckily for everyone, he wanders to the altar March is tied to where she is meant to be sacrificed. There, Parona arrives too late to save her, and Hayase is all but willing to watch the bear eat and mutilate them both. However, Fushi ends up putting an end to the bear’s tyranny after getting his head bit off.

You see, Fushi can apparently not only regenerate now but also transform at will, and as a wolf, he eventually takes down the bear, and this clicks something in Hayase’s mind. Thus, rather than leave March to starve to death and kill Parona, they are given the option to come with her or die in the wilderness. But this deal requires the wolf who honestly scares Parona, but with March comfortable with him, things seem okay. Add in Fushi, in wolf form, saying “Thank you” and it makes March beyond ecstatic.

Considering how graphic this show is, but also how it makes it worth it? YO! That bear battle was next level. Granted, a part of me does wonder what’s the average person’s pain tolerance and endurance level, since Parona should be far more injured than she appears. However, setting aside how Parona survived that fall, and being whacked by that bear, let’s just focus on Fushi really hyping up any and all future fights we may get this season.

With a fight scene that sets a high precedent, To Your Eternity is definitely going to be one of the top shows of the season.