To Your Eternity: Season 1/ Episode 11 – Recap/ Review (with Spoilers)

Rean’s 16th is one to remember for it is when she learns the truth about that day 4 years ago and experiences another life-changing moment.

You’ve Grown, But Have You Really Changed? – Fushi

It has been four years not only in terms of the time jump but also since Fushi last transformed. Now, why hasn’t he transformed? Honestly, part of the reason is a lack of a threat pushing him to; the other reason is not wanting to. Thus, his Fushi body has aged. This does lead to the question of whether he may ever become March and age as her as well, thus explaining the older March we saw in the trailer, but that’s a question for another time.

What matters is that Fushi, due to staying in this body, learning from Rean, Gugu, and the rest, has become a well-adjusted human. Still ignorant on some things but far beyond who he once was. With Shin doing better now, he tries to reconcile with Gugu, but Gugu still feels abandoned. Add in that he has formed a new family he trusts, loves, and has solid relationships with, Shin has been made redundant. But, with wanting to make up for lost time and past grievances, it seems Shin will continue to try to win his brother over, just not today.

This allows Gugu to focus on Rean, who has a month before her 16th birthday, and with it being reminded that Gugu likes her, she tries to get him to confess. After all, if she has a boyfriend, that complicates, if not utterly ruins her parents arranged marriage for her. However, even after 4 years, Gugu is very timid about the topic and thus blows his chance. 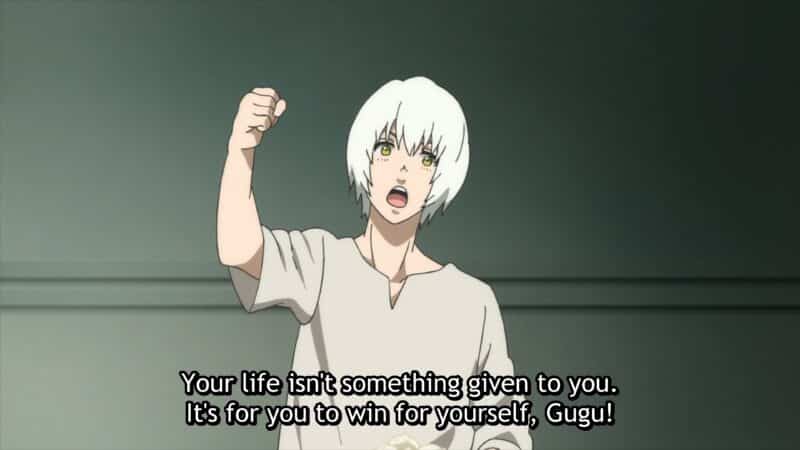 That is until her birthday. For maybe seeing Rean with her betrothed pushed Gugu into being a bit more fearless, if not Fushi giving him the encouragement he needs. Though alongside confessing about his feelings, he also does about saving Rean, and we’re told around the time he does this, Nokkers make their move to try to kill Gugu and get Fushi alone.

Rean being a spoiled little rich girl was already known, but seeing her home and how rich her family is? That made things next level. But the real highlight is her finally learning Gugu saved her long ago and sacrificed himself in the process.

Though with him falling off a cliff, with the potential of dying, it seems just as we see his dream come true, reality reveals his life might be over. 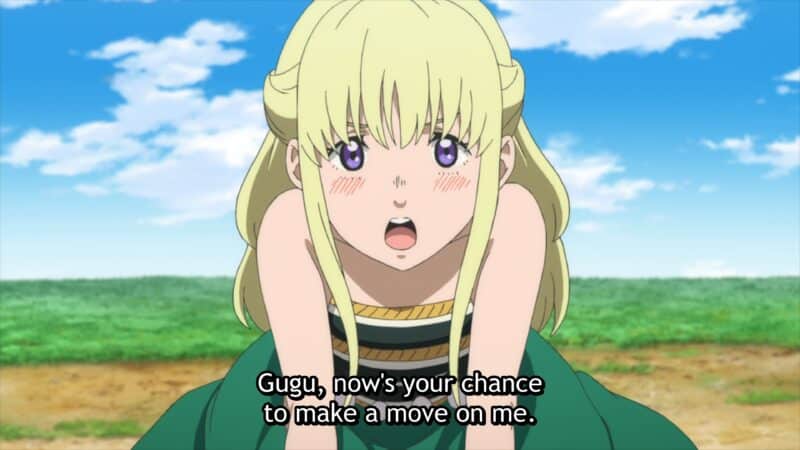 Pretty much it seems the only notable things that happened in four years was Gugu bulking up, Fushi developing facial hair and a grasp on language, and that’s it. Well, add in Fushi can cook now.

But when you think about four years, and let’s assume they use the same way to measure time as we do, it really does push you to question why it seems so little happened? The Nokkers stopped showing for four years just because Gugu realizes he could spit fire? Fushi stopped transforming or developing his abilities because he wasn’t under threat? Wasn’t he warned by his creator that they will always be a threat?

Don’t get me wrong, I get Fushi wanted normalcy after spending most of his life dying or being tortured but, it’s hard to not feel underwhelmed by his lack of progress. Never mind Rean and Gugu being around each other this long and him saving her just now coming up, alongside his long-established crush. 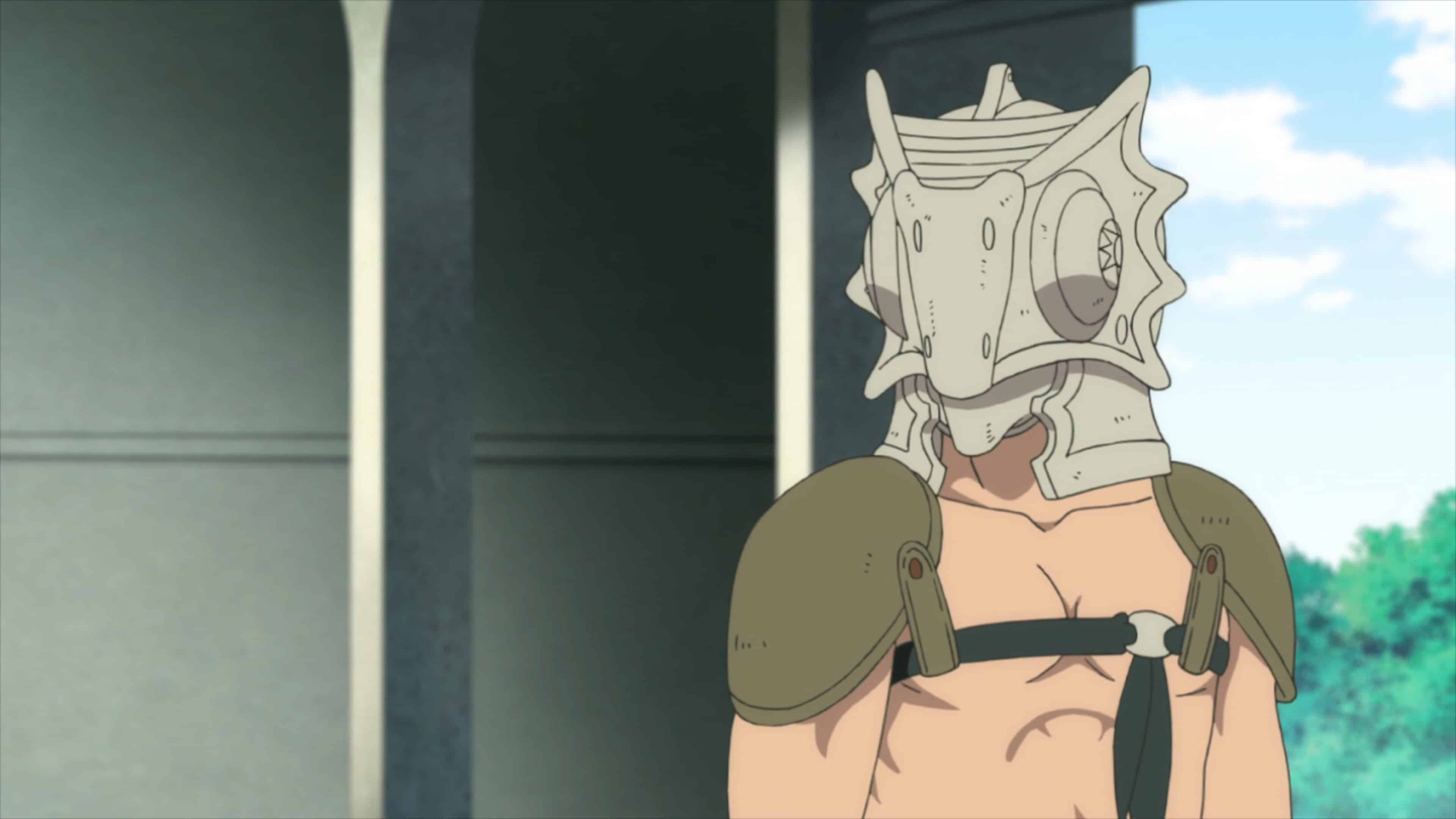 To Your Eternity: Season 1/ Episode 11 – Recap/ Review (with Spoilers)
Trajectory: Plateau
I'd submit the Gugu chapter has gone long, and while you have to recognize its benefits, there is a feeling it is starting to overstay its welcome. Especially since, with a 4-year time jump not producing what should equate to four years of experience, it's time to shake things up.
Highlights
Seeing Rean's World And Her Learning About That Day Four Years Ago
Low Points/ On The Fence
Feeling Like Not Much Happened Over 4 Years
78
You Might Be Interested In