The World’s Finest Assassin Gets Reincarnated In Another World As An Aristocrat: Season 1/ Episode 4 “Plan of Goddess” – Recap/ Review (with Spoilers) 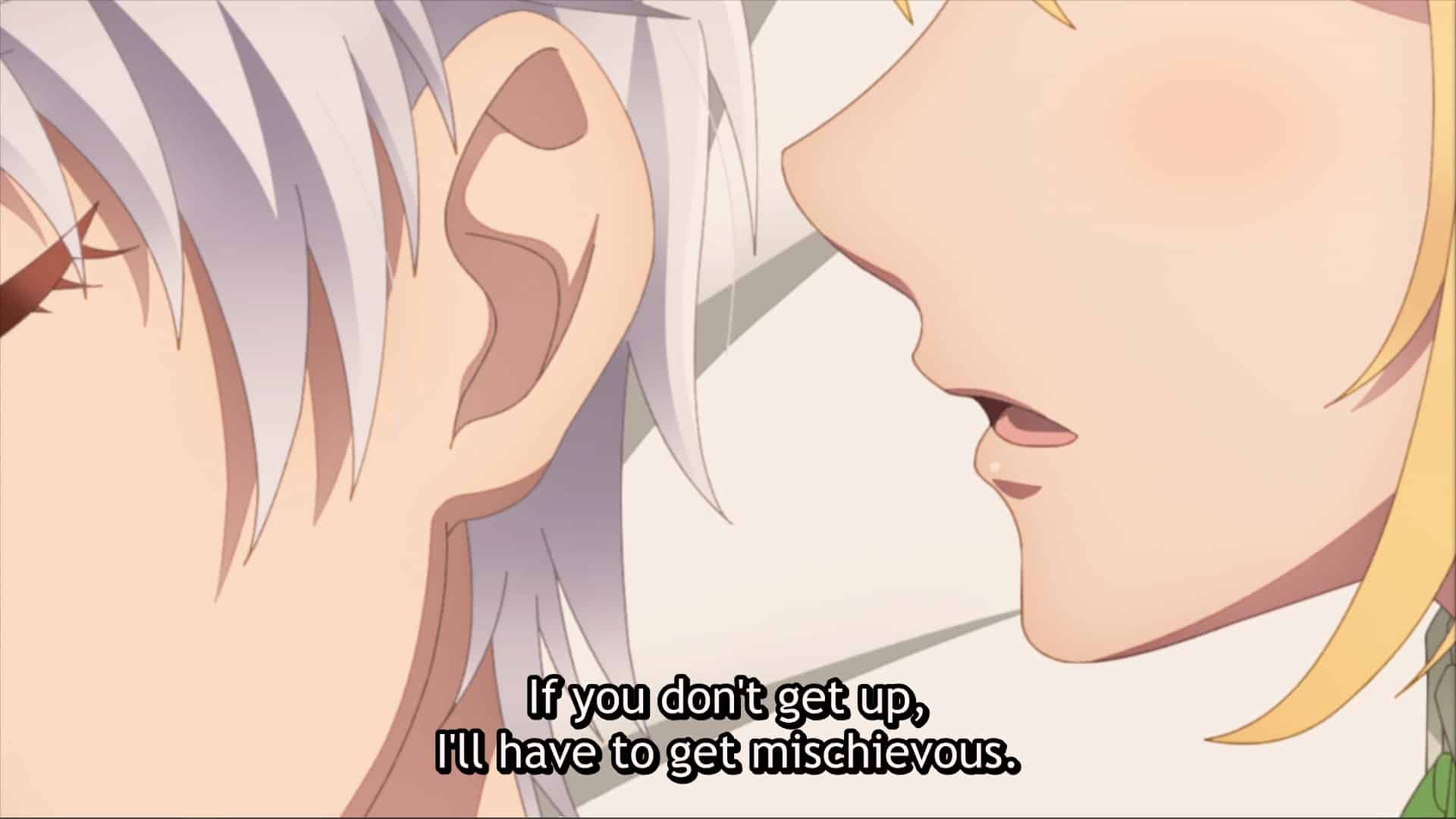 We focus on Lugh’s life from ten to his mid-teens as he continues to prep to kill the Hero and recruits someone to help him do the job.

Is It Cruel If They’re Happy? – Tarte, Lugh

Lugh’s long-term goal remains to kill the Hero and live out this new life the way he chooses. However, this isn’t something he can do alone. So when he comes across Tarte when she is vulnerable, abandoned, and about to be eaten by wolves, it’s like the Goddess sent her to him. Hence, he manipulates her into thinking he needs her and makes it so she swears her undying loyalty to him for the rest of her life. Which, with Lugh 10 at this point, means a long time.

Believe it or not, the Goddess tried to set up a means of getting rid of the Hero over 40 years ago. It’s just when she tried to recruit the world’s strongest soldier and set him up like she did Lugh, he became a NEET. He didn’t train or even try to get the physique of his former life and simply wasted the Goddess’ time and abilities.

One Of The Family – Lugh, Tarte, Cian, Esri

As the years go by, Tarte grows up alongside Lugh, and unlike Dia, there is no big sister/little brother relationship there. Tarte is very much Lugh’s personal servant, and while he, like his father Cian, trains her and has moments that can give an ecchi vibe, there is no funny business. She is being trained to assist Lugh as he continues his own training to be an assassin, and as he takes it seriously, so does she. Which, to Cian and Esri, makes her a welcome part of the family.

While a part of me wants to side-eye Lugh manipulating Tarte, at the same time, we can’t pretend that he was raised in his former life or current life to understand friendship or love. Yes, Esri is doting, and Cian gives him consistent admiration and affection, but they aren’t necessarily making sure he interacts with anyone who isn’t there to serve him. Even when it comes to Esri and Cian taking Lugh to a local festival, they don’t have him interact with people, introduce himself, and really play that aristocrat role. From what it seems, he mainly stays at the castle being waited on.

So, with that in mind, Tarte being a personal servant makes sense. She serves him like anyone else but also has that leeway of waking him up without it being part of her duties, sleeping with him (non-sexually) and getting a part in crafting their relationship. Mind you, Lugh is allowing her to in a way that benefits him and doesn’t require any real sacrifice on his part, but with each woman who comes into his life, you see him learning how to bond with someone. Granted, in a transactional way, but maybe that may change in the future?

Picking Up The Pace

I’m glad we’re starting to make time jumps for as much as I liked them laying the groundwork for Lugh, there was a need to question if they were stretching things out so the possibility of meeting the Hero or seeing Lugh build up a resume would be held off until the tail end? After all, as a viewer, you never know if an anime may get more than one season, so if it takes too long to lay the foundation, there is a fear it’ll be in a rush and lose what made it special to craft an ending. But with us jumping to Lugh being 12, maybe even into his teen years, we’re getting closer to his proposed destiny.

The Point Of Showing The Goddess Failing Before

I just didn’t see the point. Was it to show the Goddess might be powerful, but she can’t shake the world with her abilities and doesn’t always make the best choices? Could showing that guy be a means of setting up another storyline? A person Lugh might be tasked to assassinate? What was the goal here?

The World’s Finest Assassin Gets Reincarnated In Another World As An Aristocrat: Season 1/ Episode 4 “Plan of Goddess” – Recap/ Review (with Spoilers)
Trajectory: Plateau
With years going by and the focus still on building Lugh's foundation, there is a need to question when we may see some action. However, Tarte's introduction continues to present Lugh the ability to live the life that was stolen from him, and in that, the show gets a reprieve.
Highlights
Tarte & Lugh's Relationship
Picking Up The Pace
Disputable
The Point Of Showing The Goddess Failing Before
81
Subscribe to our mailing list Follow Wherever I Look on Twitter and Instagram, Like us on Facebook, and Subscribe to the YouTube Channel.