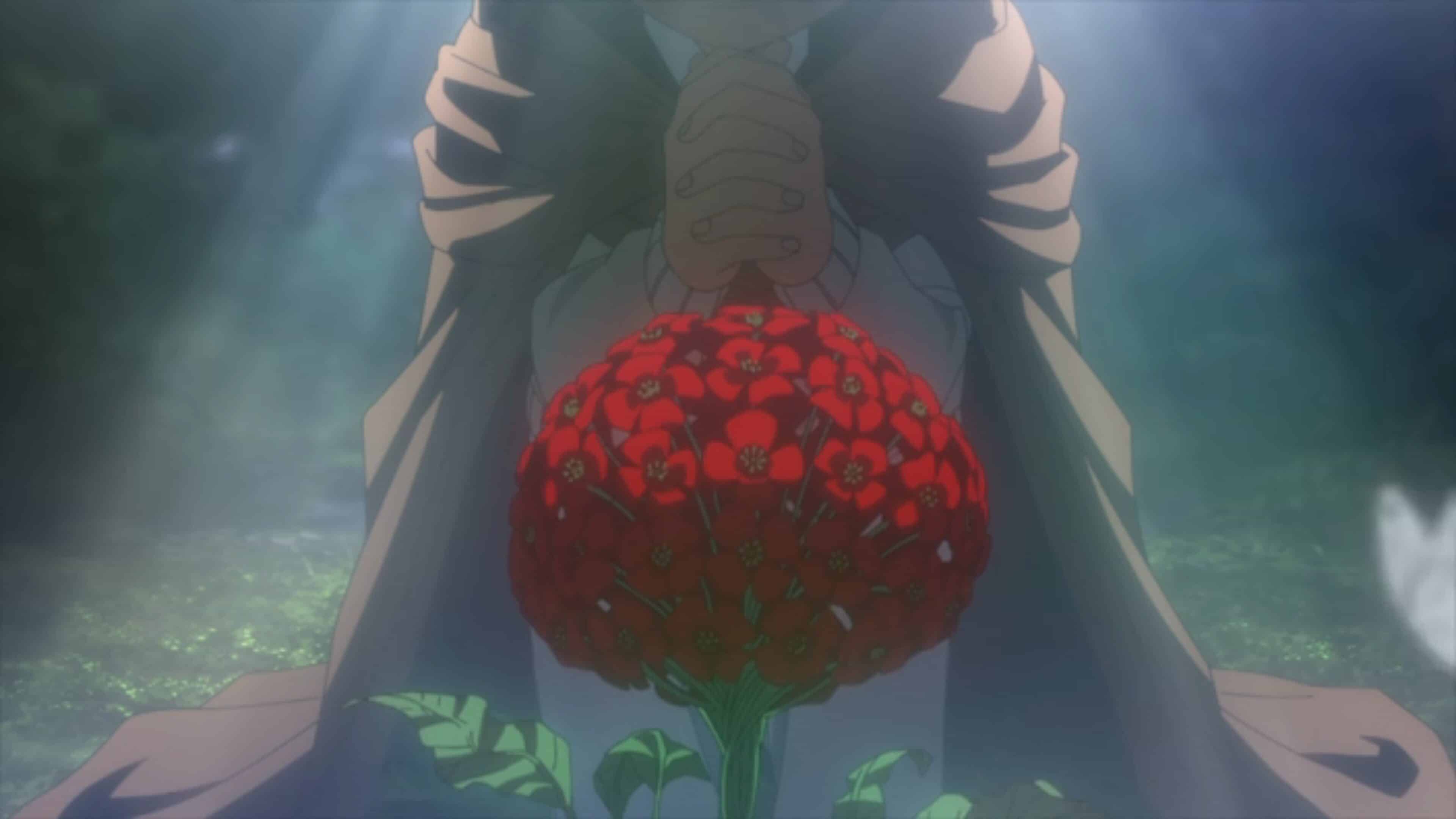 Are there truly demons who don’t eat and are social with humans? Can they reveal a means to escape? Mujika and Sonju stir up so many questions.

So, who are these two overtly friendly demons? Well, the big one is Sonju and the little one Mujika, and the term “demon” is something they haven’t been called in a long time. Rather, they have been called heretics for eating anything but humans due to an unexplained faith. And considering they didn’t eat Ray or Emma, nor the children, it seems what they say matches their actions.

But, with that said, if they are exceptions, what about the rest of the world? How do things operate beyond the farm and the forest? According to Sonju, for generations, humans and demons were at war until a settlement was made. One that, for over 1000 years, has led to peace. All thanks to sacrificing Emma and Ray’s ancestors to the now segregated demons to fulfill their need for human flesh.

Which, while frightening, that they are the children of those sacrificed for peace and thus abandoned, it does give hope there is humanity out there, and they can escape to that world. The idea Sonju does push can be slim, but he isn’t for squashing the children’s dreams. Especially since Ray was going off the rails slightly with questioning if they were really on Earth and if it was actually 2046 or they just thought it was because of the materials left out.

You Can’t Be All Things And Not Let Someone Be Something For You – Gilda, Emma, Sonju, Ray, Mujika, Don

Gilda and Don, alongside the rest of the kids, are quite mad. Emma and Ray keep putting themselves in harm’s way, nearly getting themselves killed, and not relying on them more. So, when Mujika and Sonju offer to teach survivability skills, everyone passionately participates. The kids become proficient in shooting arrows, Ray learns to cook, but Emma knows what is really necessary – being taught to kill.

So when Sonju goes out scouting, she asks to join him so that she may gain the ability to kill something. Which was hard, for being prey, hunted, all her life and now becoming a predator, it is a bit to process. Yet, for her to survive and her family, she knows she must, and you can see it changes her.

A Reminder That Emma and Ray Aren’t The Heads Of The Family, Just Part Of It

It was a bit of an emotional moment as we went from Gilda chastising Emma to you being reminded that these aren’t a bunch of kids who just ran away together, but family. And as even the little ones got mad, seemingly felt guilty, and got scared, it really shook us.

For while it is clear that there is a certain level of interdependency, it being verbalized in a space where there wasn’t imminent danger allowed the emotions to be felt. There was no setting aside what was said, for time was of the essence, and so you, and the characters, were forced to deal with the bonds made and how easily broken they can be by someone trying to be a martyr.

The History Of Their Earth

From learning it is 2046 on Earth to humans making a pact, allegedly 1000 years ago, to make peace with demons, Sonju’s story was a lot to take in. Especially considering he isn’t 100% sure on certain details, meaning he could be completely wrong. This could cause a problem down the line as Emma seems to be banking on him being right in terms of her family’s liberation and the other farms.

However, what Emma isn’t factoring in is, while demons can survive on meats beyond humans, clearly, that is the norm in society. So how will this liberation movement work when she is going against nearly the totality of not just demons but the humans who sanctioned the sacrifice for peace?

Innocence Lost For The Sake of Survival 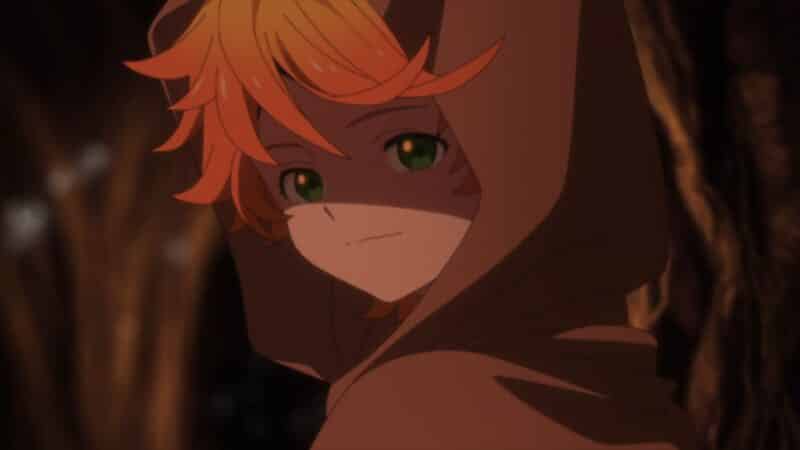 Emma losing her naivety and innocence is a consistent thing with the show. Her learning about children not getting adopted but sold and eaten broke her. Also, learning Ray was a double agent and now having to kill to survive. Yet, as much as this show is about survival, it is also about coming of age. So the steps taken are necessary, and the results? Well, Emma has survived thus far and still has some level of optimism.

A Reminder That Emma and Ray Aren't The Heads Of The Family, Just Part Of It - 85%

Innocence Lost For The Sake of Survival - 84%

New perspectives lead to new plans and a realization that for what comes next, truly Emma may have to set aside being a child, and her childhood, if her family is to survive.