Robyn is back, and as she deals with the fallout of Delilah learning the truth, she questions how much longer she should be The Equalizer. 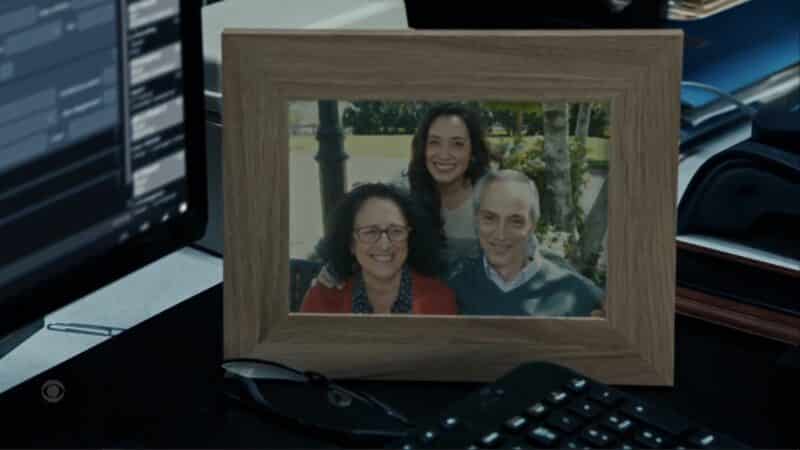 Detective Paley is one of Dante’s friends who lead him to call Robyn to help with a bank robbery he can’t solve.

Atticus is a veteran who has documents that reveal Sanford Ganis, among others, killed a journalist, a political leader, and all for the sake of US capitalism.

Sanford Ganis is a congressman from New York who is on the intelligence committee.

One of Sanford’s top bodyguards and advisors.

Delilah has been away at her dad’s house for two weeks now, and it is getting to Robyn a little bit. However, when Delilah comes and pops an attitude, Robyn doesn’t get defensive and cowers. She reminds Delilah how things are, how they will be, and expects the respect she is owed if Delilah expects respect in return.

And while all that goes down, Vi relates to Delilah since there is now this before learning the truth and how things are now.

The Depressing Life Of a Dead Man – Harry, Mel, Robyn

Speaking of people dealing with change, Harry is getting antsy. He has been dead to society for five years, and while he enjoys being put to use by Robyn, Mel getting to leave while he is stuck in a bunker is starting to weigh on him. Then, with Robyn talking about retiring from being the equalizer due to feeling overexposed, it pushes him to hope Mel would continue without Robyn, for this has pretty much become his lifeline.

But, unfortunately for Harry, he is pretty much forced out while helping Robyn with a case Dante is having trouble with. You see, in an act of rogue CIA operations and international conflict, Congressman Sanford Ganis orchestrated an assassination of a foreign leader for the benefit of American companies. A man named Atticus has information on this due to his expertise and veteran status, and his former peer, Remy, who now works for Sanford, has been tasked with getting this information back.

Now, what does this have to do with Dante? Well, because Atticus is trying to prolong his torture and stay alive, he tricked Remy into sending people to rob a bank for a safety deposit box. In the process of doing that, they killed Dante’s friend Officer Paley, which leads to him getting Robyn involved since Remy, and his associates, are cloaked by the CIA.

This leads to her doing an investigation and Harry nearly being discovered due to hitting a tracer. But, in the end, Robyn helps Dante get revenge by reconciling with Bishop. Thus leaving Harry, who is thoroughly tired of hiding, hoping Robyn can use all these favors she and Bishop have to get him his freedom possibly.

Acknowledging The Shift Delilah Is Going Through

As noted below, there remains this issue of not knowing how serious to take Robyn’s case of the week, so what brings us back is honestly her relationship with Delilah. For as much as you could credit who Robyn helps as a means of reaffirming her humanity, her professional relationships are friendly, respectful but also dull. 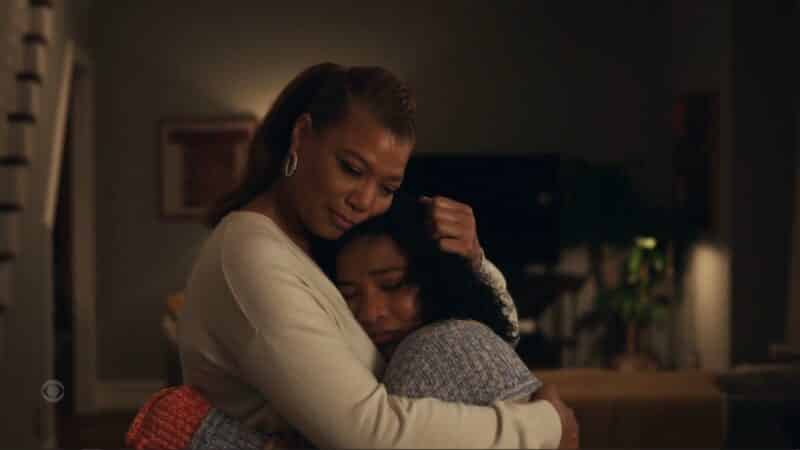 While her interactions with Mel, Bishop, Harry, and Dante are cool, even pseudo-romantic in Dante’s case, they also lack any real oomph. However, with Delilah? Maybe even Vi, to a certain point, you see something vulnerable in Robyn. There is a risk there where you don’t feel like a loss will be an inconvenience, which will spur revenge. Delilah is Robyn’s heart, and Vi, well, she has more of a close relationship with her due to their past. One which is still waiting to come to life, but beggars can’t be choosy.

Season 1’s fighting came off wooden in a way that easily could take you out of the action scenes. However, there was more fluidity this time around, especially when Robyn was facing off against Remy. Here is hoping they keep this up.

Still Wondering If There Are Any Real Repercussions

Between all the favors called in, with people who go unidentified, Robyn messing with official and rogue CIA agents, and her name getting out there, I really do wonder if there will ever be repercussions? Granted, Mason Quinn’s name is uttered, so maybe he might do something down the road, but as for the episode to episode drama? What is there to fear, what is there to worry about? Who or what will be the credible threat that makes Robyn, and to a lesser extent Mel, Harry, Dante, Vi, and Delilah, feel some pressure? 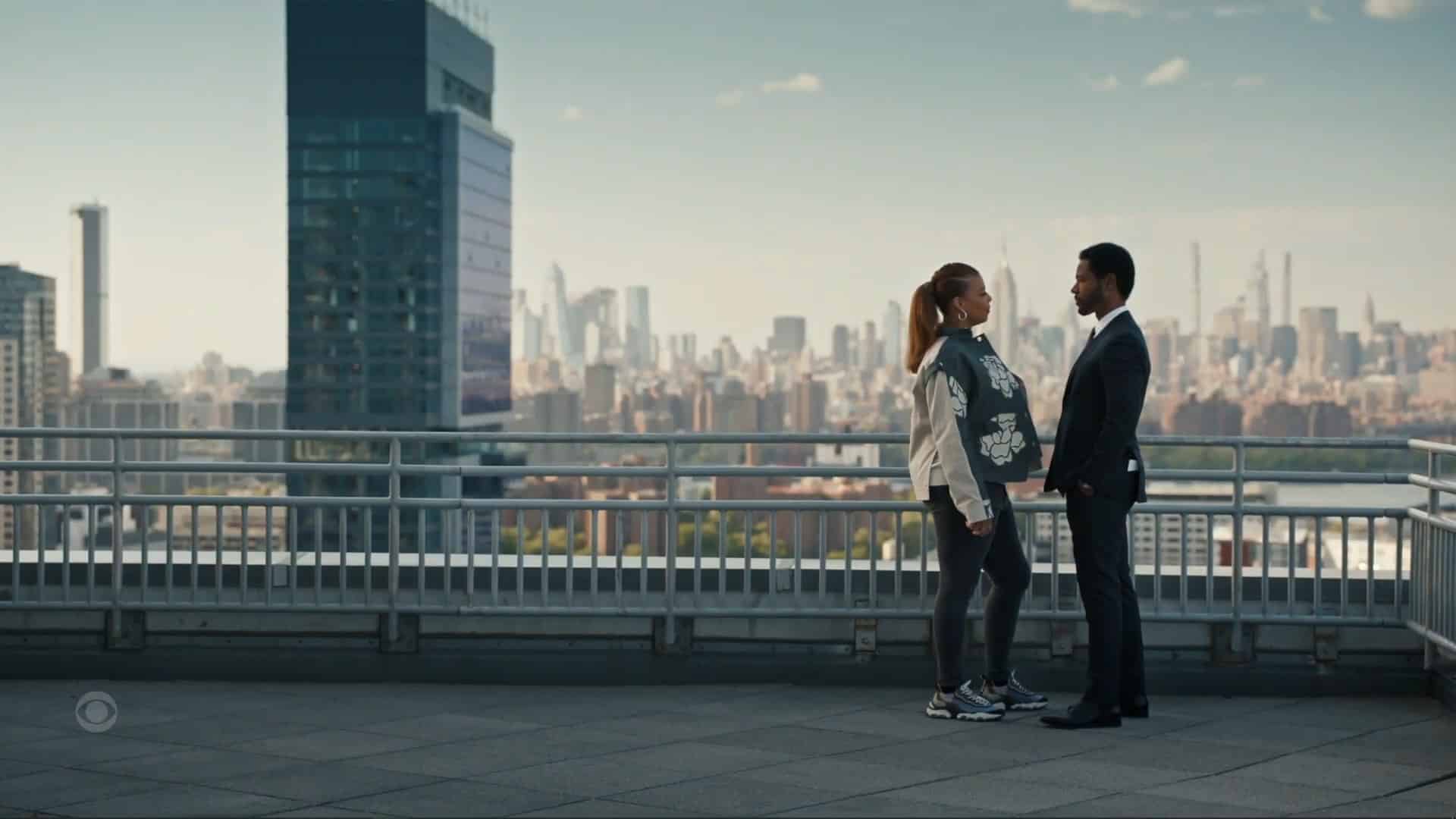 The Equalizer: Season 2/ Episode 1 “Aftermath” [Season Premiere] – Recap/ Review (with Spoilers)
Trajectory: Plateau
In its season premiere, The Equalizer improves when it comes to the action, reminds us of its strong heart, but still struggles to make a credible threat that isn't defeated by the end of the episode.
Highlights
Acknowledging The Shift Delilah Is Going Through
The Fighting Seems Less Stiff
Disputable
Still Wondering If There Are Any Real Repercussions
80
You Might Be Interested In