The Ancient Magus’ Bride: Season 1/ Episode 15 “There Is No Place Like Home” – Recap/ Review (with Spoilers) 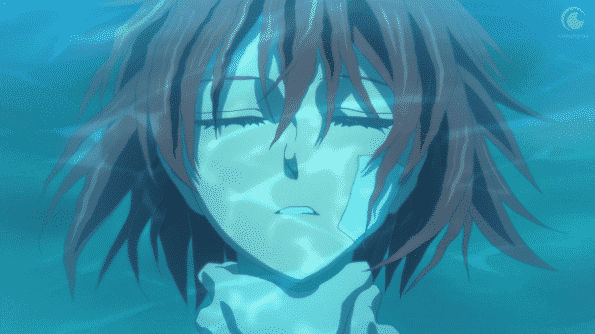 Despite you thinking the episode would be about Chise’s recovery, it ends up being about Silky’s backstory – which causes some tears.

Episode Focus: You Have To Fight For Your Life | Chise, Elias, Titania, Oberon, Dr. Shannon

With Chise’s condition worsening, the argument grows for her to remain within the world of the Fae, Queen Titania’s Ant Hill in particular. After all, time is slower there and it would mean more time for her to live. Which, as shown by Dr. Shannon’s husband, Shanahan, may have side effects, but better to turn into half an animal than die right?

Nope. For as welcoming as Titania and Oberon can be, there remains those like Spriggan who continue to mock and pity Elias. And while he does love Chise with all his, assumingly heart, he can’t bear to let her go. Especially for a bunch of beings who seemingly aren’t drawn to her as a person, but because of whatever allure being a Sleigh Beggy has on them.

Though, let’s not get it twisted, as much as Chise has a certain allure, it doesn’t mean they are unable to bring harm to her. Such is shown by Dr. Shannon who, to force Chise to fight, makes it seem she legitimately wanted to drown her. I’m talking Chise being underwater, no longer breathing, visions of her mother, on the brink of death. Yet, so it seems, as Elias talks, and maybe she hears, maybe she doesn’t, she finds herself coming back to life. Leading to her and Dr. Shannon, who pushes this idea she did this to sort of wake Chise up from her stupor, actually getting along.

There is so much here that does not make sense at all. First and foremost, Dr. Shannon getting to nearly drown Chise. Where the hell was Ruth? As her familiar, should he have not felt she was dying? Last time I checked, if she dies so does he so the fact he wasn’t by her side and didn’t bring up this choking feeling he got, that raised an eyebrow. On top of that, considering how Elias is usually in tune with what is going on with Chise, you have to wonder if he was so distracted by Titania’s proposal that he didn’t sense Chise was in trouble – as he normally does.

And speaking of her proposal, I must say I wonder how realistic she thought it was? Does she not know how Spriggan, and the majority of the subjects in her kingdom, treat Elias? Even those not part of the royal court, who Elias could kill in an instant, openly mock him to his face. What life does she really expect him to have there? Much less, knowing his story, was there ever any sort of thought he would leave Chise’s side. Bad enough one of her subjects tried to lure Chise away, but now they are trying to justify her staying there while he is forced into a very uncomfortable situation?

As Elias notes, while many humans may fear him, at least there is some form of acceptance. Granted, we haven’t met one which doesn’t talk behind his back, especially in terms of Chise’s relationship with him, but they at least seem willing to treat him with some sort of decorum. Something that, as of now, we haven’t seen one person who is considered fae, outside of Oberon and Titania show Elias at all. I mean, at least the humans are respectful enough (if you wanna call it that) to talk about Elias behind his back. That is, rather than be openly hostile in front of him.

Subplot 1: A House Is Not A Home As Much As The People Are | Silky, Chise, Elias, Spriggan 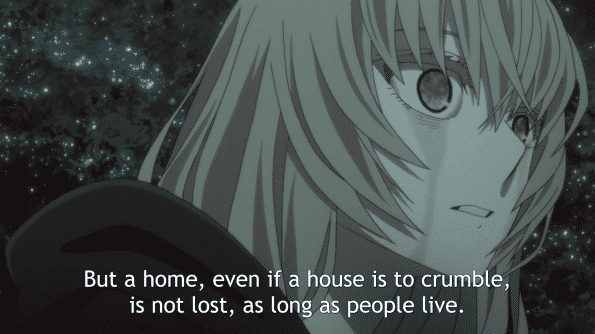 To some surprise, Silky’s backstory is gone into. We learn she is a banshee, who lost her former home long ago, and of all people, Spriggan was the one who not only pointed out a new home for her but gave her the outfit we always see. Now, as for how Elias ended up in the home Silky inherited? Well, that isn’t gone over. All we know is that, over the years, she has grown attached to Elias and definitely has a love for Chise. Not to the point of talking, though we see she can, but definitely embracing Chise like she has become her family.

Setting aside the pleasant surprise of Silky’s backstory, Spriggan ain’t s***. I get Elias is some kind of abomination to faeries, but did he ever try to reach out to Elias? That little tidbit of him defending the weak, which arguably Elias is far from but being lost and alone does make people desperate – a form of weak in my opinion.

Spriggan’s hypocrisy aside, with us learning how Silky got her name, found her home, and learning what she is, on top of her interior design powers, now I wanna know how she met Elias. Much less, why she let him move into her home after the former owners likely died. Did Lindel arrange the situation so Elias would no longer be a nomad? Could it be maybe Elias found Silky?

Come to think of it, how is Silky and Elias’ relationship? When alone together, he doesn’t talk to her much and, as he said when Chise was gone, the house was cold and quiet. So, what has kept these two together so long? Is it perhaps a money thing? I assume Silky still pays taxes, maybe needs food from outside of the grounds. Is Elias basically her roommate?

“It is the instinct of the weak to be afraid of the strange.”

“If there is no light to shine on you, it’s your turn to protect the light.”