Home Anime The Ancient Magus’ Bride: Season 1/ Episode 9 “None so deaf as those who will not hear” – Recap/ Review (with Spoilers)
Anime

The Ancient Magus’ Bride: Season 1/ Episode 9 “None so deaf as those who will not hear” – Recap/ Review (with Spoilers) It has been two weeks since the last episode and something seems to be wrong with Elias. As if he can’t return to the person Chise knows.

Is It Love or Dependency: Elias, Angelica, Chise, Ruth, Silky

With Elias not feeling well for two weeks now, and Chise just staying in the house waiting for him to exit his room, Silky sends her and Ruth out to just get some air. During this venture, Angelica is run into and being that Elias isn’t around, she asks a few probing questions. Most of which deal with trying to see does Chise have any sort of autonomy and is investing in herself.

A topic which makes Chise a bit uncomfortable. For when asked about her education, assumingly beyond magic, being called out for being overly dependent, and things of that nature, it is upsetting. So upsetting that Chise hits a wall and then comes back into herself and immediately apologizes. Then, for the rest of the episode, she becomes really self-deprecating and notes how selfish she is, perhaps because she has been thinking about doing some things just for herself, and her head gets really messed up.

But, when you think about it, isn’t that Elias’ goal? He wants her to want to marry him and what better way to do so than make her dependent on him? I mean, her being a Sleigh Beggy aside, she is a girl with abandonment issues and who has suffered abuse thanks to humans and faeries. Hence why she probably isn’t scared of seeing Elias at his physical worse since she saw people who didn’t just look evil but acted as such.

Something Is Wrong: Elias, Ruth, Chise

After a bit of a mind-blowing day, Chise gets the courage to go into Elias’ room and is confronted by him in his monster form. Which, as noted, doesn’t really scare her because he life thus far has been far more traumatic than some drooling skull with an oddly shaped body. However, when she slumbers she has a nightmare of her mother again and we are reminded of what she truly fears – not being wanted.

A fear amplified by the fact Elias has disappeared with just a note and this sends Chise in a frenzy to find him, with Ruth assisting. Leading to her coming to the home of Joel Garland. Someone not particularly special outside of him being haunted by a Leannan Sidhe – another name for a vampire. Yet, she is a vampire which doesn’t feed off Joel nor give him any gifts so it is a strange relationship. Yet, in many ways, it sort of mirrors how Chise feels about her own with Elias so she seeks advice from Leannan (which isn’t her name but what we’ll call her).

The advice she seeks: What is love and is what she has with Joel an example? This question leads to the answer of no because, “We love by consuming and giving.” But, before we move on, it should be noted that Chise mentions something about her reading skills when Joel offers her a short story of his to read. This I feel must be brought up for it pushes the idea that when Angelica was presenting the idea about Chise’s education, she meant beyond just magic and her actually learning her academics. For while Elias could very well be immortal for what we know, there is the chance he isn’t. Also, that with him sometimes being unable to control his body, he could disappear as he did in this episode for periods of time. And considering Silky doesn’t stray too far from the house, it could mean Chise and Ruth would be expected to take care of things. Now, how could she doe that if Elias is controlling everything?

But, those thoughts aside, Ruth finds Elias chilling in a lake trying to get his body back together and this leads to Chise asking a whole lot of questions. The kind which Elias gives half-truths about which, at this point, Chise just pays no mind to for she wants the whole, honest, maybe even hurtful truth. But, no sooner than Chise is done drowning out Elias’ fabrications does Echos’ familiar show up and off everyone seemingly will be to the Land of Dragons once more.

We love by consuming and giving. 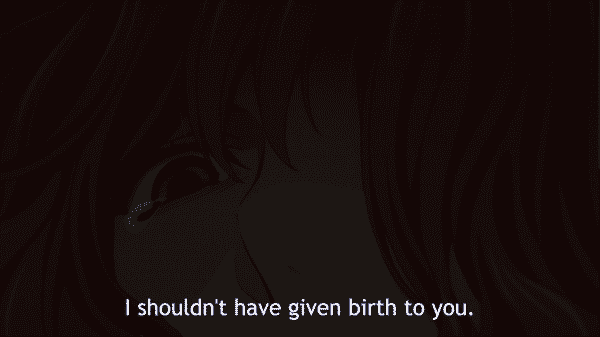 Aside from the almost OVA/movie-esque aspect of The Ancient Magus’ Bride, what is such a strong draw is when the show addresses Chise’s mental state. Especially in the form of challenging this idea that now with her having Elias, things are fine. They’re not. Despite Elias being fairly consistent, there being Ruth now, and of course Silky and Angelica, this whole community, that doesn’t change what has happened to Chise.

As we can see, she is still very insecure about her situation. To the point where, despite rightfully being angry with Angelica for picking at wounds she knows could be there, she immediately apologizes. Which can come off mind-boggling until you remember Chise is dependent on Angelica too. She is the only human being Chise has access to if something were to ever happen to Elias. Much less, items such as her ring, her books, and all things magic, that comes from Angelica.

Really pushing you to understand why it was so important for Chise to have a familiar like Ruth. Chise’s magic doesn’t seem to just have its strength thanks to her being a Sleigh Beggy but also her trauma. The kind of trauma which burrowed so deeply that only now do you really see life behind Chise’s animated eyes. Which explains why when she feels, she feels so deeply because she is able to pour all of someone else’s feelings inside of her and overflow.

But perhaps the most interesting point made is how Chise is dependent and how that reminds you that Elias isn’t necessarily a good guy. Could the show switch it up and show that he isn’t making her dependent on him on purpose? Of course, we got more than 10 episodes left before the finale. However, we mustn’t forget that as kind as Elias is, there is likely a reason his reputation is a bit sordid and he knew about that fairy/ human auction house.

Just because he comes off a saint now, doesn’t mean there isn’t a bit of him which isn’t still a sinner.