The Ancient Magus’ Bride: Season 1/ Episode 3 “The Balance Distinguishes Not Between Gold And Lead” – Recap/ Review (with Spoilers) 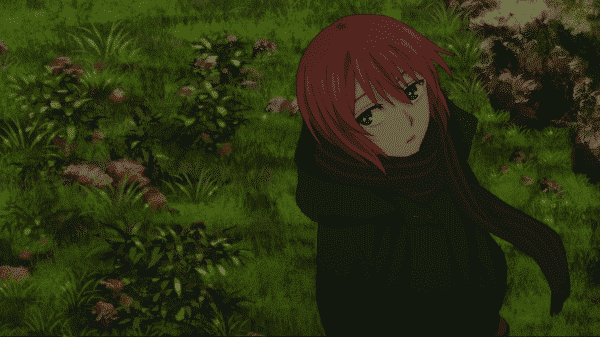 We learn what happened after Chise was kidnapped and quite a bit about the dragons which live in Iceland.

Previous Recap: Episode 2 “One Today is Worth Two Tomorrows”

Thankfully, Chise is fine. Lindel, Elias’ senior, snatched Chise just to mess with Elias. Nothing more, nothing less. Thus leaving the majority of the episode to those two talking and Chise getting to know a handful of dragons. The one which becomes of most interest is the one the children called Uncle Nevin. He is what is called a Uil dragon. One which, when they die, usually become trees, islands, if not pastures.

But, lest we forget, Elias didn’t come to Iceland for a visit but because of reported trouble. Of which isn’t some Game of Thrones style of dragons running amock. Nope, the dragons capable of that seemingly died off or were killed, a long time ago. From what we are told, the only thing which remains are the docile dragons. However, with food scarce, there is the possibility of the mostly docile beasts, who all seem capable of communicating in human language, turning into the monsters of yore.

However, none of the ones Lindel is the caretaker for he says are participants in such. So, Elias is off. Though, not without a warning. One in which he, as well as us, are reminded that Chise being a Sleigh Beggy is a rare and powerful thing. Something which Elias will need to not only protect, but promptly get trained. For, by his estimate, there will only be 3 more years before Chise’s powers may become too much for her if not draw so much attention she’ll need to be able to defend herself.

Something really pushed for after helping Uncle Nevin transcend into the next world, Chise ends up fainting from exhaustion.

Yay For World Building But Eh For No Real Story Progress

Does this mean we should expect a real threat to Chise’s person soon?

Learning about the existence of dragons, being informed that Chise maybe the last generation of mages and things of that nature are fine. However, I find myself growing tired of seeing the same scenes in which Chise’s mother jumps, she is alone in the classroom, or alone on the school roof. I think we have come to the point where, after an OVA and now three episodes, it is established that Chise’s mom died, she suffered neglect and abuse, and life has been hard.

What I’m looking for is either expanding on what happened to her in the past, showing how that trauma still affects her present, and how she is working on having a better future. For while I won’t throw around the term “filler,” since this isn’t that, I’d hate for this to be one of those 24 episode shows which don’t really kick up the ante until we are halfway through it. If not damn near coming into the final 5 to 10 episodes.

As much as I enjoyed this third episode, I’m with you in that I felt that things are just moving a little too slow this week and as touching as things got, there was so much more I wanted to know.

I’m ready for a villain or threat to her safety myself. This is a 24 episode season so while we have time, I don’t want the show to take its sweet time.