The Ancient Magus’ Bride: Season 1/ Episode 11 “Lovers Ever Run Before The Clock” – Recap/ Review (with Spoilers) 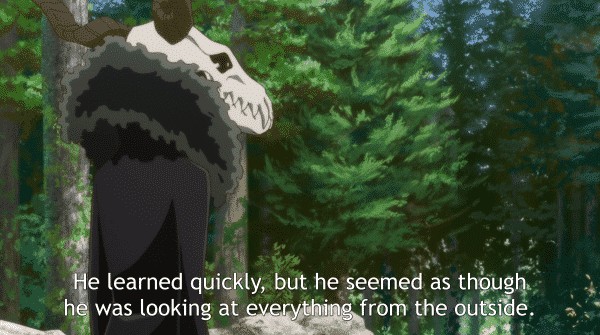 Lindel continues to try to peel away Chise’s rose-colored glasses, but perhaps to no avail.

Table of Contents show
1 Previous Recap: Episode 10 “We Live and Learn”
2 The Elias I Knew: Chise, Lindel, Elias
3 Question(s) Left Unanswered
4 Highlights
4.1 The Truth Without The Shock
5 Catch Up or Follow Along: Here [Crunchyroll – External]
6 Follow Wherever I Look on Twitter or Like us on Facebook.

It is, for the most part, made clear why everyone worries so much about Chise and her being with Elias. For one, there is an across the board vibe that Elias is missing something, something that would make him human. On top of that, as we saw after Joseph nearly killed Chise, Elias has a bit of an anger problem. One which seems to only come out when people he loves are hurt, but him going ballistic is still a frightening thing. Though, not as scary as him confessing he believes he ate people before.

Yup, that dream Chise had of Elias over her, drool dripping from his mouth, might not have been a dream. Granted, when Elias revealed this to Lindel, he implies it has been a while. However, there is still that hunger within him. But, despite the reveal, it seems Chise’s opinion of Elias remains unchanged.

In fact, as Lindel stirs up a little celebration, as Chise nears finishing her wand, she gets to see and speak to Elias and seemingly nothing has changed. Well, besides the fact that she, with knowing Elias’ truth, seems inclined to reveal hers to him. Perhaps leading to us getting to fully understand what life was like before Elias purchased her.

The Truth Without The Shock 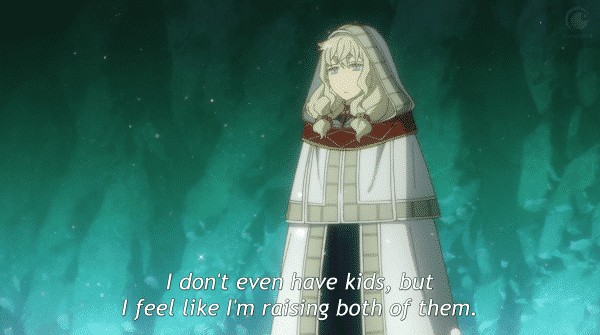 It’s kind of weird, in a way, how the reveal of Elias having eaten people wasn’t handled in a DUH DUH DUH kind of way. Especially since, for a lot of other shows, that would represent a turning point of some kind. But with Chise, as with most things, just hunching it off, I think that was really telling. For one, it truly makes it seem that you can’t tell her a damn thing to make her lose faith and love in Elias. Which is creepy, sad, and kind of cute – all at the same time.

But, focusing on how that is sad, arguably, the fact that Chise isn’t disturbed by this really speaks to how bad things were before he came into her life. I mean, she even had a nightmare, before Lindel’s reveal, of Elias perhaps on top of her ready to bite her head off. Yet, thanks to the neglect, abandonment, and torture of otherworldly beings, she has become so numb, or perhaps indifferent, that Elias never saying or doing something to hurt her makes his past… well, his past. Something she doesn’t take into account in terms of how that could affect her safety. Even if Silky’s cooking maybe cooling down those urges.