As has been seen since the beginning, SukaSuka tries to make up for its low points with violent high points. But this time, it actually nails having an emotional series of moments so that we get a complete and cohesive episode.

As established, while Willem is able to walk around and do basic tasks, he can’t fight anymore. Due to either the damage caused from fighting Eboncandle or his centuries of slumber, his body is brittle. Yet, he is still capable of doing quite a bit. I mean, with just his hands he takes down some monsters and even saves Rhan. However, the more he does the more he bleeds and he even passes out. Leading to Rhan taking care of him and finally asking some questions about humans. But no sooner than he wakes up, Willem is off again. Especially as Ren is at her limit and is about to explode thanks to the Fairy Gate. Something she seems to plan to do alone but being that Willem has lost so much already, he refuses to lose Ren. Someone who, arguably, at times, he has grown closer to than Chtholly. Especially in what can be considered a natural way.

Though it hasn’t been built up in the best way, it is hard to not acknowledge Willem’s pain here. To save his life, and that of what he considers his current family, he has to kill these beasts. Which, with them coming from the area his home was, could be his friends, his kids, family maybe, but he doesn’t know. All he sees is a mindless beast.

But, what perhaps seemed so peculiar to me is this power Willem was exhibiting without a sword. Now, granted, he notes he has had extensive training. Of which includes hand to hand combat, but there is something which seems beyond human capabilities about what he does. After all, it takes these leprechauns loads of training and a legendary weapon to take these things out. So for Willem to be doing palm strikes and things of that nature seemed unreal. Much less, him doing this and it causing holes in the ship and knocking the beast out like it is nothing.

Switching focus to the leprechauns, I hate that Rhan, after all this studying she has been doing, just now comes to the point of asking Willem’s questions. Be it translating her book or so much more. For through her we could have gotten an answer to all the Willem questions we have had since the beginning. Especially in terms of clarifying his past which I still feel the need to put (?) around since I’m not 100% sure on everything. Then with Ren. To me, Ren has been the only appropriate and realistic relationship Willem has made. She isn’t some sort of creepy potential love interest, like Chtholly or Nygglatho and really helps remind you of what Willem lost. For while there was a time when it seemed like she was in the running for Willem’s romantic affection, then it became clear she wasn’t.

She just liked having a male figure around and their relationship sort of evolved into an eldest daughter and father role. Making him potentially losing her hurt the most. For while it isn’t noted if, by chance, Rem’s source soul may have been anyone Willem knew, they could have easily put that in and it would have been believable. In fact, it probably would have added salt to the tears. 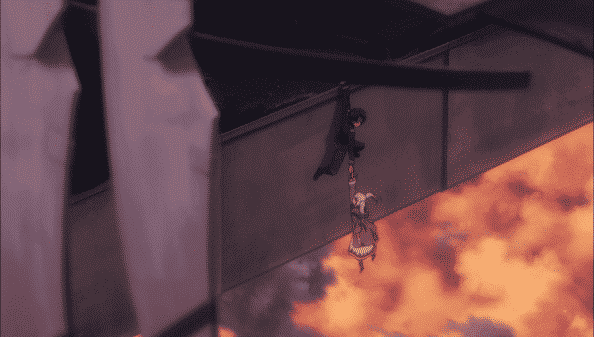 Sort of finishing up what the last topic covered, by the time Willem gets to Ren she is spent. She is pretty much ready for it to end. So as Willem tries to save her, she lets go of his grip. But, with being perseverant, he jumps after her and cradles her. All the while, not thinking of what will happen when they land.

Again, I hate how much time was spent convinces us he genuinely loved Chtholly. Especially with there being a chance it was in a romantic way. For those moments with Ren were everything. I mean, can you imagine if Chtholly was out of the picture and everything she did and went through Ren did. It would make those final moments of Ren’s life heartbreaking to the point of sobbing. If not gasping for air because of the pain. 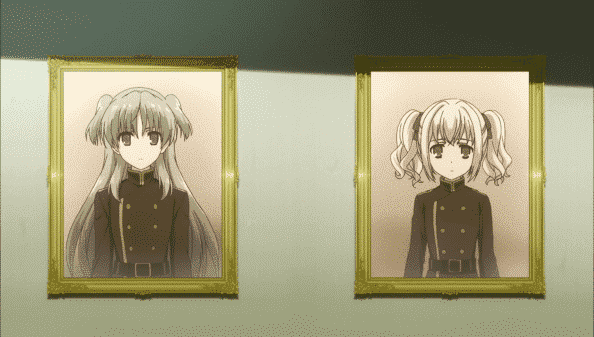 To my surprise, Chtholly doesn’t get a happy ending. What happens is, she asks of Elq to return to her body, since Elq took her out so she could keep what remains of herself. At first, Elq says no. However, with the mention of the promise she made to Willem and Elq being a child, so promises are both foreign and seemingly mean everything, she gets convinced.

This leads to Chtholly saving Ren and Willem as they are plummeting to the ground and her killing all the beasts which would threaten their lives. However, in the process it seems she opens the Fairy Gate and wipes out everything. Leaving us with a confirmation of Chtholly and Ren being dead, but not Willem. Someone who Souwong seeks the presence of, but to no avail. 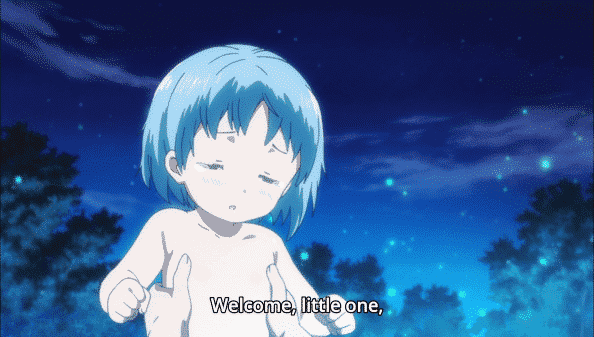 Assumingly baby Chtholly in the afterlife.

Props to this show by not having a generically happy ending. Much less, making it seem, despite Chtholly’s last stand, she didn’t solve the problem but provided a temporary solution. For, in the long run, all she did was keep Willem and Ren’s bodies from being eaten. Outside of that, they still died, the beasts still ruled the Earth, and faeries, leprechauns, or what have you, are still required to fight.

But when you think about it, that is perhaps the best ending for this show. Not a final solution but showing Willem getting that 2nd opportunity to try to save everyone. Allowing Chtholly to fulfill her promise to fight for Willem as long as she lives. Then, lastly, being something to fight for when it comes to those who were left behind. For while Willem maybe gone, they got to see they can have something magical with someone worth fighting for. They can be more than simply disposable soldiers. They can love, be loved, and if the war ever ends, there can be options for them.

One’s happiness is one’s own to define and decide.Looking down on someone’s decision or making it for them is nothing but heavy-handed.

Willem and Ren might still be alive. If you watch until the end after Souwong leaves the pulse tracer, there are two pings side by side

is willem ,clitholy and ren really dead after all opening fairy gate clitholy still meet willem so why they considering them to be dead…..will there be another season or not ?

Based off the Lizard dude having pictures of Chtholly and Ren on his wall, they are likely dead. Being that Willem over exerted his brittle body, he also is likely dead. As for another season, I can’t say but I doubt it. While the beasts still need to be taken care of, unless this gets picked up by Toonami or something, and gains a huge following, a 2nd season would seem unlikely.

they are not dead. … coz u didnt read the novel etc. ren and willem is alive but chtolly is dead. ………. but there is a twist in this. fairy/leprechauns reincarnate everytime they die. … .in the final chapter of the novel chtolly is reincarnating.

But how faithful is the Anime to the novel?