While the debut still hasn’t ended, a few do make it to the finish line, but there is the question of whether anyone won’t make it.

When it comes to the commentary from members of the third floor, while some find Edward to be a bit bold, revolutionary, or reckless, there is no denying they are entertained. Ryan perhaps the most so because he hopes to see someone die or spectacularly fail. As for Sophie? One of her interests is how much soot people have and use since it is apparently a turn-on for her.

While it was never Edward’s intention for any of the dolls, never mind their masters, to work with others, that is what ends up being done. Ricky finds himself working with Shaun and John to complete his task and rescue Patrick. Because of Emilico, Rum finds the courage to take a small tunnel to rescue Shirley, and later on, before being the first to finish with Louise, Lou gives Ricky her sheers and thanks him for a fun time.

One Way Or Another – John, Ricky, Kate, Emilico

Because Edward utterly hates Kate, he made it so Emilico had one chance to save her, and that is by taking a random set of keys. However, Emilico didn’t pick that, so it seemed she was doomed. But between the small scissors she had and Ricky showing up with John and handing over Lou’s sheers? Well, she chops through the thorn trees, and though she has to save Kate through a daring process that includes catching her mid-air, they both fall into the bed of flowers Emilico made, and there might remain a chance for them to complete the debut – to the ire of many.

The Commentary & Reveal Shadows Can Merge With Their Faces

The reason why we’re increasingly frustrated with Shadows House is that there clearly is a lot we’re missing out on due to the debut taking so damn long. We’re not really getting to know Sophie, Ryan, and the rest, beyond their gaudy outfits and biting commentary – and it feels like we’re losing out. Add in us learning shadows and dolls can merge? It further pushes you to wonder what else do we not know since we’re so focused on the children while the adults are the ones who are really worth taking note of.

Why are they dragging this out? Is it really just to show how strong the bonds are between master and face? Exhibit how this group is far different than those who came before? Did that really need 5 going on 6 episodes to cover? 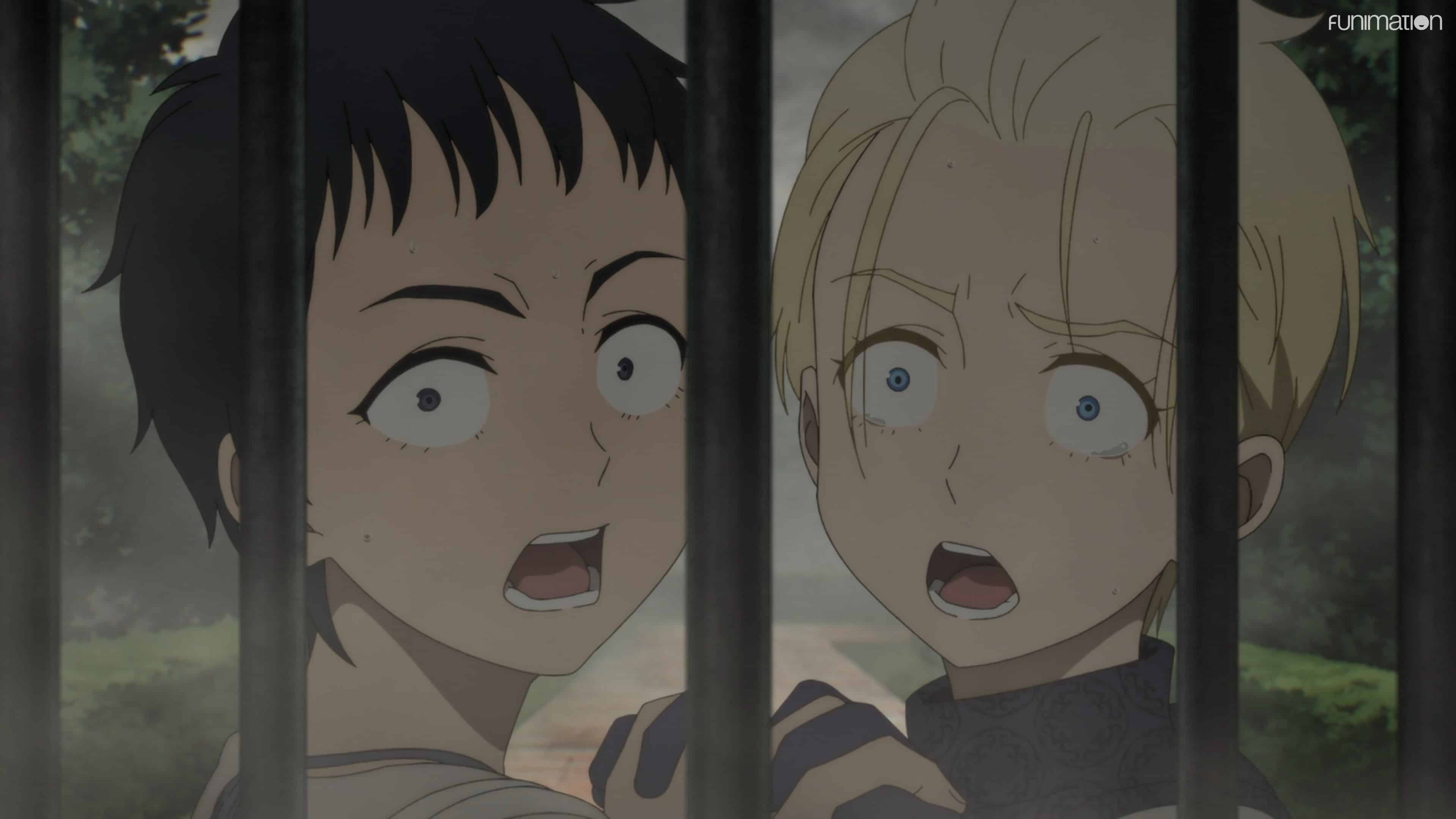 Shadows House: Season 1/ Episode 9 – Recap/ Review (with Spoilers)
Trajectory: Plateau
Shadows House keeps teasing the world of the adults to the point of not giving a damn about the teens who are in the debut. For with every reveal, you want to push the kids aside, and hopefully, with the debut FINALLY towards its end, we may no longer be teased but get to truly know Edward, Ryan, Sophie, and the rest.
Highlights
The Commentary & Reveal Shadows Can Merge With Their Faces
Low Points/ On The Fence
We're Still Not Done?
79
Subscribe to our mailing list