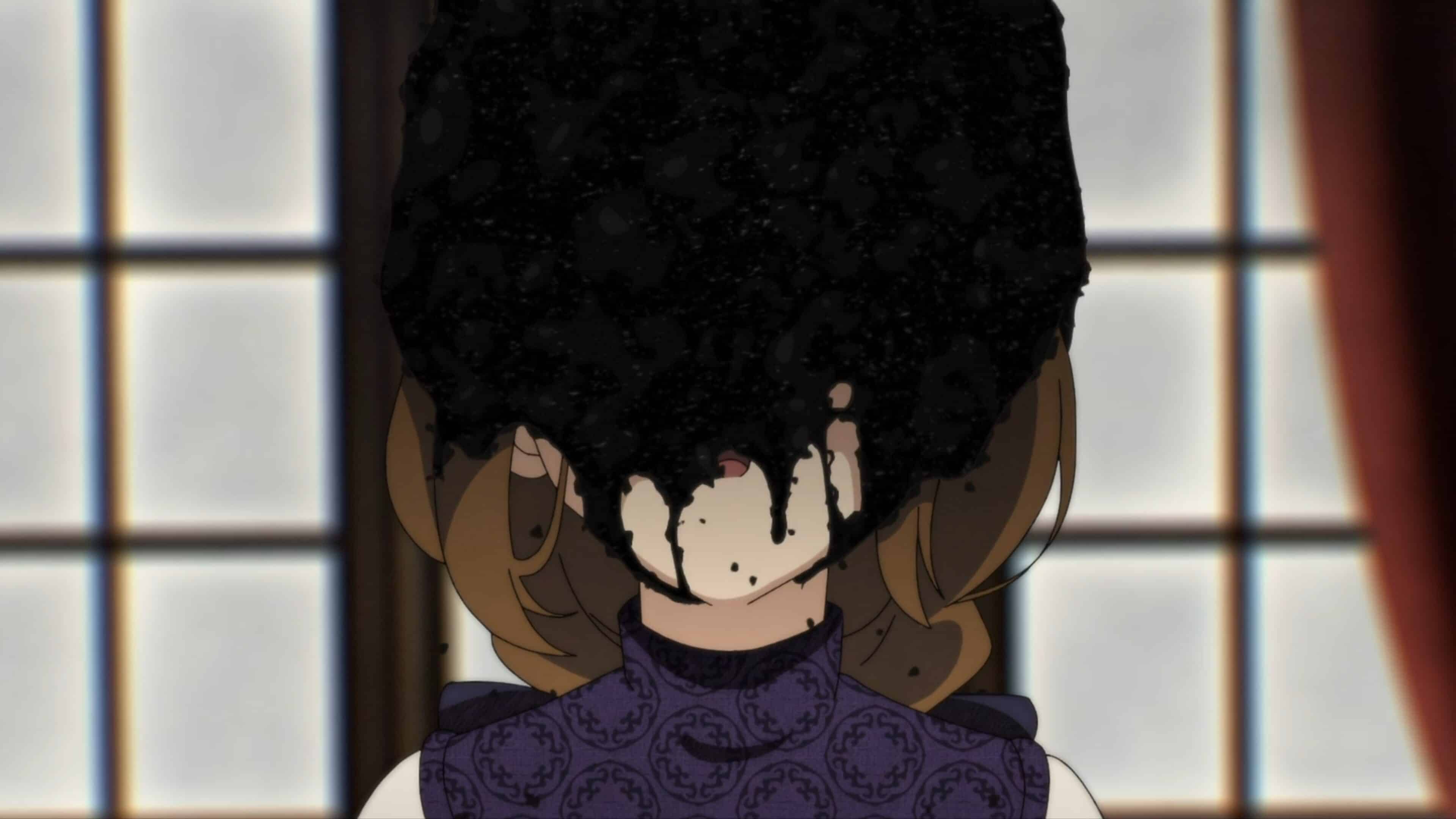 Rosemary being suffocated by a Phantom

As multiple threats are introduced, so comes the anticipation of expanding the bubble Emilico is in.

So, we find out that the importance of cleaning isn’t just for appearances, but because the soot can gather into clusters of scorches and create phantoms. Now, what are phantoms? Well, as we were made aware, the soot emanates from Shadow Masters when dealing with negative emotions. So, naturally, when negative emotions collects, it creates a monster. One which can be quite deadly, as shown by Rosemary getting attacked and nearly suffocated by one.

Luckily for her, though, Mia kept her from being hung by the phantom, and while Lou wasn’t much help, Emilico’s quick thinking led to the only damage being Rosemary having soot sickness. A disease in which the cure is just lots of water, but if you consume too much soot, you will become a broken doll – borderline like a zombie.

One of the reasons Emilico was with Mia, Lou, and Rosemary was to learn more about the mansion. However, with the phantom appearing, perhaps the only thing worth noting she learns is what a phantom is, a star bearer (a high-tier doll), and that Lord Grandfather seems to be the father of all living dolls. Now, of course, that pushes the need to question if we should take that literally or not.

However, with seeing Kate accidentally animating her personal doll, as well as Emilico, so comes the question of how many, beyond Lord Grandfather, can bring dolls to life? Be it with using their soot or through other means?

But while that discovery is something to get excited about, unfortunately, a man named Edward, a likely high-ranking doll, might get in the way. You see, Edward is a judge who likely will take part in Kate’s debut, and he has nefarious plans. Of which, currently, aren’t revealed, but what is clear is he wants to increase his power and wants to directly impress Lord Grandfather, even if that means there is collateral damage.

You may correct your failings, but excuses will not be tolerated.
— Kate

The More We Learn, The More You Want To Know

While a part of me appreciates how the show wants to make sure every brick is in place before it adds a new layer, at the same time, I’m ready for a leap in time. Which, with Edward’s appearance, we may just be ready to have. After all, he is bringing drama, but not in some petty way, like Mia’s Shadow Master, but something that could utterly alter Kate and Emilico’s life.

For with the debut being made into this big deal, which could mean the end of someone’s time in the Shadows family, Emilico being kind but not in sync could be a problem. One that could make things quite dangerous going forward. Especially since it isn’t clear what may happen to those who fail in their debut.

Slow and steady may win the race, but while you have to appreciate Shadows House getting you comfortable before it presses ahead, it keeps teasing something massively interesting, and it's hard to not get antsy.