Kazuya sees Mizuhara on what seems like a real date, thus leading to us learning he is capable of stalking and immense jealousy. As well as why Mizhuhara is a rental girlfriend.

Was It Not Everything You Dreamed Of? – Ruka, Kazuya

To say the least, Ruka doing the most has not given Kazuya the ideal girlfriend experience. In fact, it only pushes him to want Mizuhara more in very unhealthy ways. For example, just hearing her shower run gives him dirty thoughts.

But, despite a lack of enthusiasm, Ruka persists without dangling what she knows over Kazuya. All in hopes that, by the end of the year, maybe he’ll reciprocate her feelings. 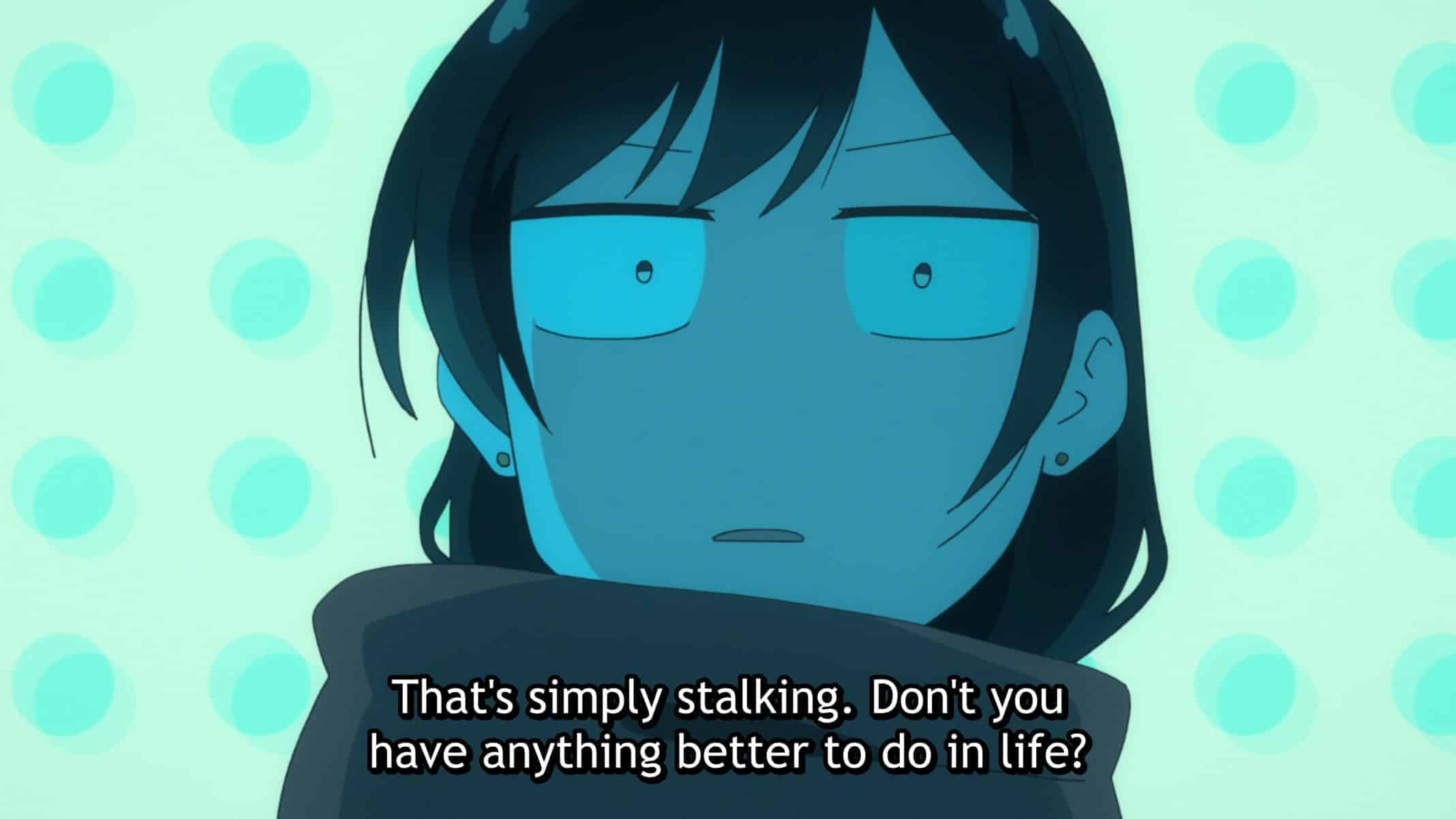 With Kazuya’s idolization in place, seeing Mizuhara with an attractive man is not only shocking but devastating. Yet, with being a glutton for punishment, and immensely jealous, so begins Kazuya stalking Mizuhara and Umi from afternoon to evening. Mind you, knowing he is in the wrong but unable to help himself since he has lost his damn mind. Especially when he hears Umi talk about measurements, voices Mizuhara makes, and all kinds of red flags rising up. Leading to Kazuya to confront the two.

Why Mizuhara Is A Rent A Girlfriend – Kazuya, Mizuhara

This forces Mizuhara to reveal the reason she is a rental girlfriend is because… she’s an actress. Yes, Mizuhara is an actress. Mind you, not one with a filmography, but she sees playing a rent a girlfriend as quality training in lieu of acting school. Hence her studying for dates and follow up dates, and it being like night and day for her. 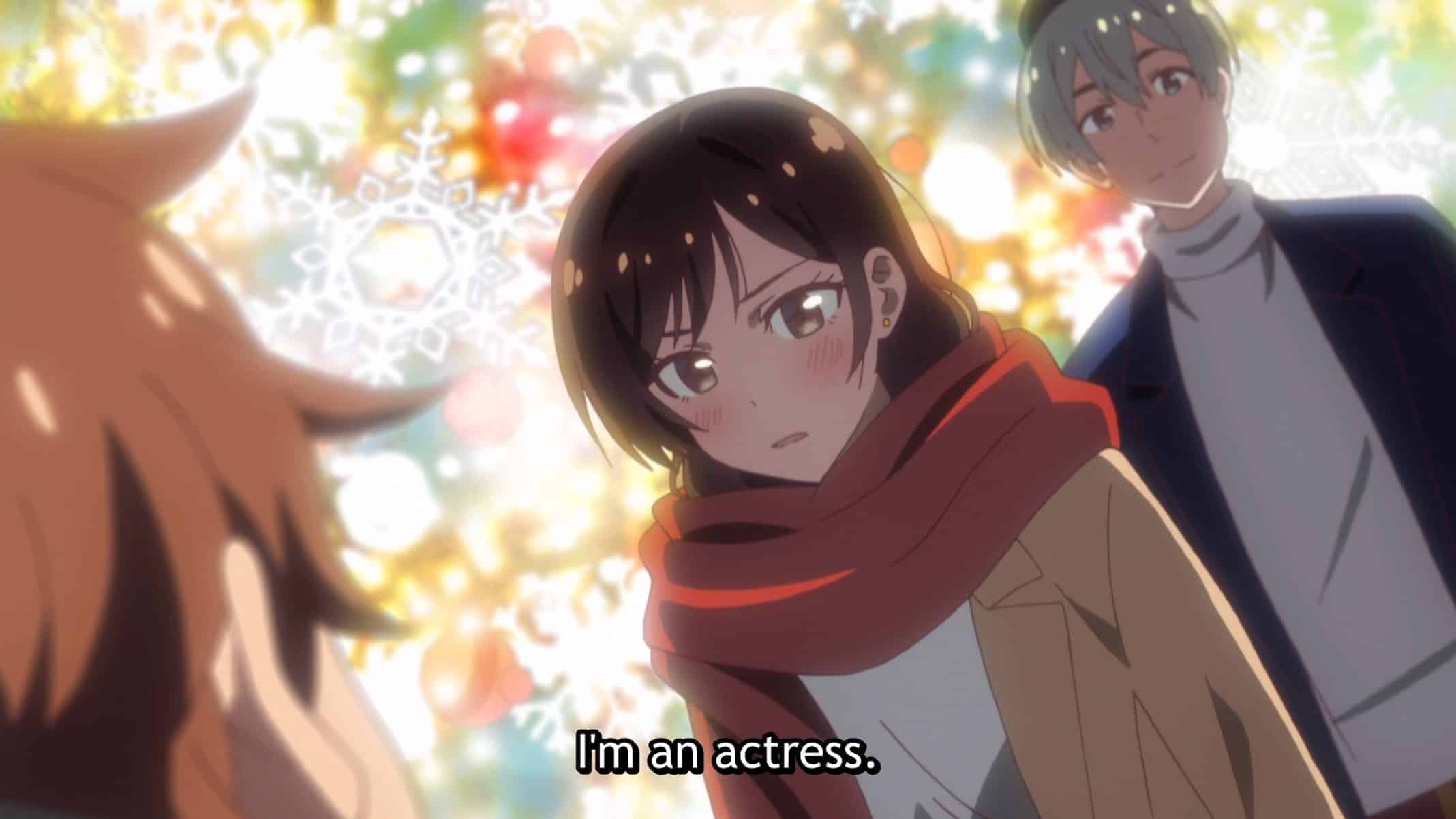 This, as you can imagine, is yet another bubble burst in Kazuya’s mind since he tries to maintain this idea he is special and was treated differently. However, it seems beyond their grandmothers and being neighbors, he is just another client. One she probably crossed the line with, but still another client.

It Was Fully Acknowledged Kazuya Was Stalking & Being A Creep

While Kazuya is our protagonist, that doesn’t excuse his behavior. He spent half a day following Mizuhara out of jealousy, envy, and did so knowing he was wrong. Thankfully, the show doesn’t try to make it funny or play down what he does. Granted, Mizuhara is very forgiving about the situation, but at least for a handful of moments it acknowledged Kazuya was a creep. Including him getting off to the sounds of her taking a shower.

Mizuhara Forgiving Him So Quickly

But getting back to that forgiveness, even if the whole Ruka situation and her feeling thankful Kazuya saved her life are in play, that was some weird stuff to get over quickly. Never mind him making an uncomfortable moment between her and Umi, and damn near pressuring her to reveal her truth.

After all, lest we forget, Kazuya was kept at arm’s length for a reason. If Mizuhara wanted to open up, be friends, let him in, there were a multitude of opportunities, both on and off the clock. However, she didn’t, and it makes this whole situation uncomfortable.

Yet, the show can’t stop just because the lead is a creep and so it’s brushed over.

Mizuhara Forgiving Him So Quickly - 72%

It Was Fully Acknowledged Kazuya Was Stalking & Being A Creep - 82%

Alongside revealing why Mizuhara is a rent a girlfriend, we also get to see a dark and creepy side to Kazuya.