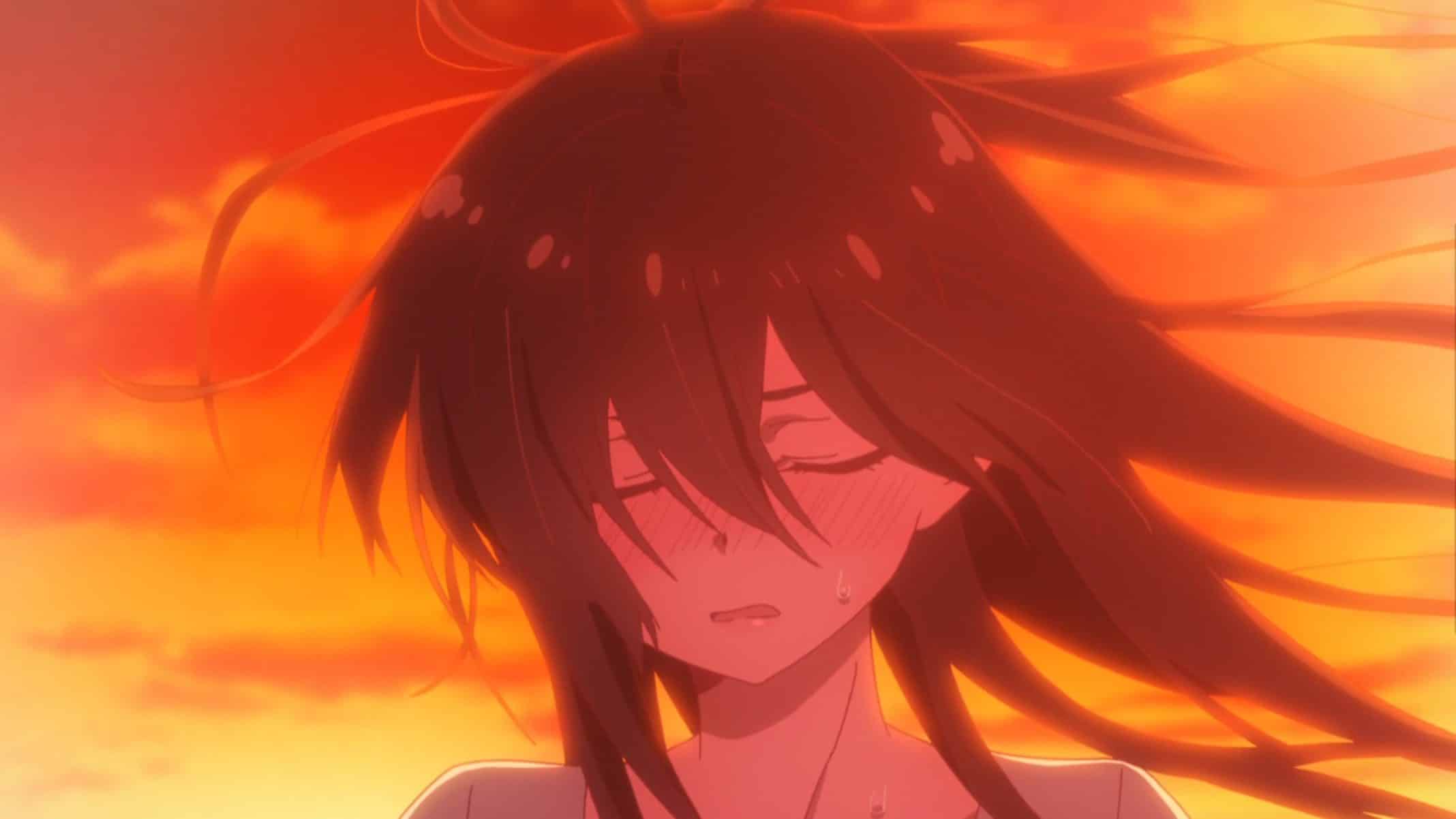 The day has finally come. Kazuya tries to end things with Mizuhara, but will it be permanent?

When Kazuya and Mami Were Dating – Kazuya, Mami

For a short bit, we recap what happened when Mami and Kazuya started dating. Be it Kazuya meeting Mami, their first date, as well as their first kiss. And with Mami kissing Kazuya again for the first time in a long time, hope springs eternal, and Kazuya realizes he needs to break up with Mizuhara.

Someone who doesn’t learn about the kiss, so thankfully, she doesn’t have to react. However, she does get embarrassed by Kazuya utter out how they ended things, and with such an embarrassing moment for all to see, Kibe, Kazuya’s childhood best friend, he slugs him. In fact, he and Kibe get into a full-blown fight in which Kibe chastises Kazuya for ending a good thing before realizing it was likely Mami’s manipulation. And after going back and forth, Mizuhara leaves and Kazuya soon after.

After walking off the beach, Mizuhara pulls Kazuya to the side, and it is agreed it was handled well. Granted, in a way that could have been embarrassing, but Mizuhara thinks nothing of it. In fact, considering both of their grandmothers are about to get out of the hospital, the timing couldn’t be better.

At least that was the original idea. Kibe runs into Mizuhara, and after breaking down his relationship with Kazuya, he switches gears and asks for Mizuhara to give Kazuya another chance. An idea that Mizuhara isn’t necessarily for but Kibe’s impassioned speech, and Kazuya hiding close by in bushes, leads to what is supposed to be a conversation that could lead to them getting back together on a ferry cruise.

However, both know they’re just humoring Kibe. But wasn’t expected is Mami calling Kazuya, hoping to speak alone at the hotel pool or Mizuhara getting so nauseous and dizzy she’d end up going overboard. Which, when Kazuya realizes it is Mizuhara, he drops his phone to dive in and save her.

A Glimpse Into Mami & Kazuya’s Past

While it remains unclear why Mami agreed to date Kazuya, alongside why they broke up, getting some sense of the high points helps you understand why Kazuya was so confused. Never mind why this second chance excited him so much since he is as in the dark about what happened as we are. 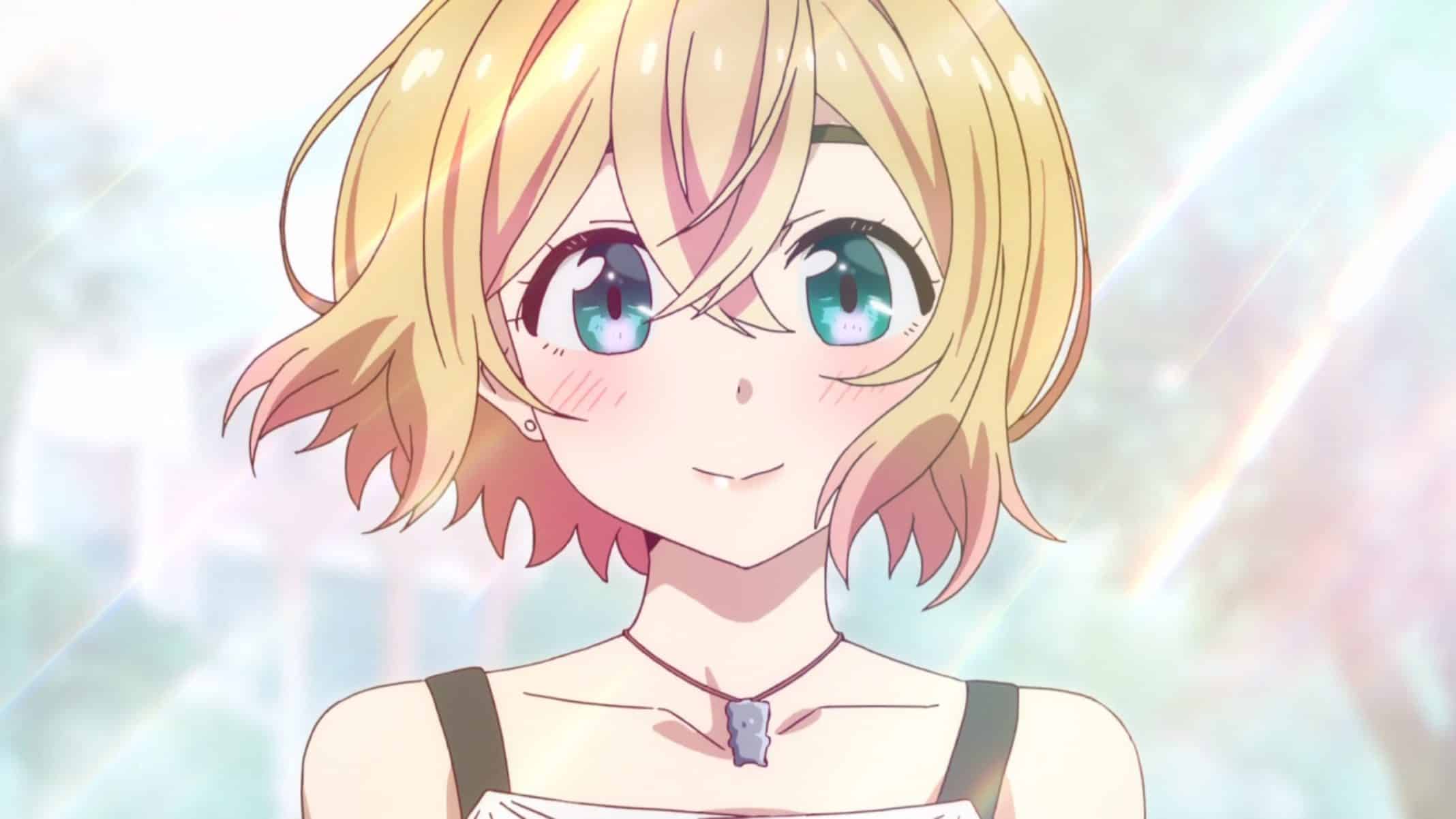 Will They Or Won’t They – The Kazuya and Mizuhara Story

It remains hard to say what can come of Kazuya and Mizuhara. Publicly they have ended things but privately? They still seem capable of being friends. Add in their grandmothers know each other and are close, and that means they won’t ever truly be out of each other’s life. Never mind when you include going to the same school and being neighbors, a fact you know has to be discovered.

Leaving you to wonder, since Mami is full of it, and Mizuhara increasingly sees the best of Kazuya first person and through third parties, can something real happen? Also, if it does, how does her job factor in?

While we appreciate Kazuya’s friends becoming more than a random name, there remains the question of whether they may be developed themselves? For while Kibe’s length of friendship was established, he didn’t really say much about who he is. He just furthered our perception of Kazuya and helped clue Mizuhara in.

“Rent A Girlfriend” continues to have incremental improvements. Which do push you to want a leap or jump to a whole new level but, we’re still fairly early into the show. After all, it has 12 episodes.

Will They Or Won't They – The Kazuya and Mizuhara Story - 83%

"Rent A Girlfriend" continues to have incremental improvements. Which do push you to want a leap or jump to a whole new level but, we're still fairly early into the show. After all, it has 12 episodes.