It’s the penultimate episode, and with Mami’s return, you know it builds towards an EPIC finale!

So, as asked, Kazuya goes on a date with Sumi, and it is okay. She is painfully shy, but, to her credit, she makes an effort. This is something Kazuya notes, and as he compliments her, which leads to him beginning to fall for her until he shakes himself out of the idea.

But the date isn’t perfect. If only due to running into Mami, who, like she did with Chizuru, decides she should chat with the girl Kazuya is with. Why? Who knows? Later on, Mami says she is done with love and doesn’t know why she has a lingering interest in Kazuya. Yet, because of that, everything he has taken advantage of may end.

The End Is Near – Chizuru, Kazuya

With Umi getting Chizuru a role and her growing bored with being a rental girlfriend, it seems things may end as she approaches her year anniversary. However, despite her planning her escorting retirement, she plans to stay on long enough to fulfill her promise to Kazuya. Which, as you can imagine, leads him to continue to have fantasies that may or may not come to pass.

For reasons unknown, no one but Mami has ever decided to Google or look into the girls Kazuya dates. This is despite him not being known to be all that social outside his friend group, terrible with girls, and a bit introverted when around strangers. Yet, Mami, due to her jealousy, she looks up Sumi, then finds Chizuru, and then books her for a date.

You know what this means, right? Someone is about to get confronted.

Someone Finally Searched These Girls Up!

I don’t know about you, but I like a good Google search. Not to say whenever I meet new people it is the first thing I do when I get home. However, for those who do dating sites, you get what I mean. Don’t you save the picture or screenshot it to see if it is a catfish? In my mind, considering how sudden Kazuya is finding these girls, wouldn’t you raise an eyebrow and check who they are?

Heck, when it comes to Mami especially, the fact she is just now getting around to looking into who Kazuya’s dating makes me question how obsessed is she with him, really? This lack of effort is appalling and unbecoming of someone who is supposed to be psychotic. Which I say in jest but, also, considering how crazy she has been made to seem, it is really strange it took her until now to cyberstalk who Kazuya spent time with. 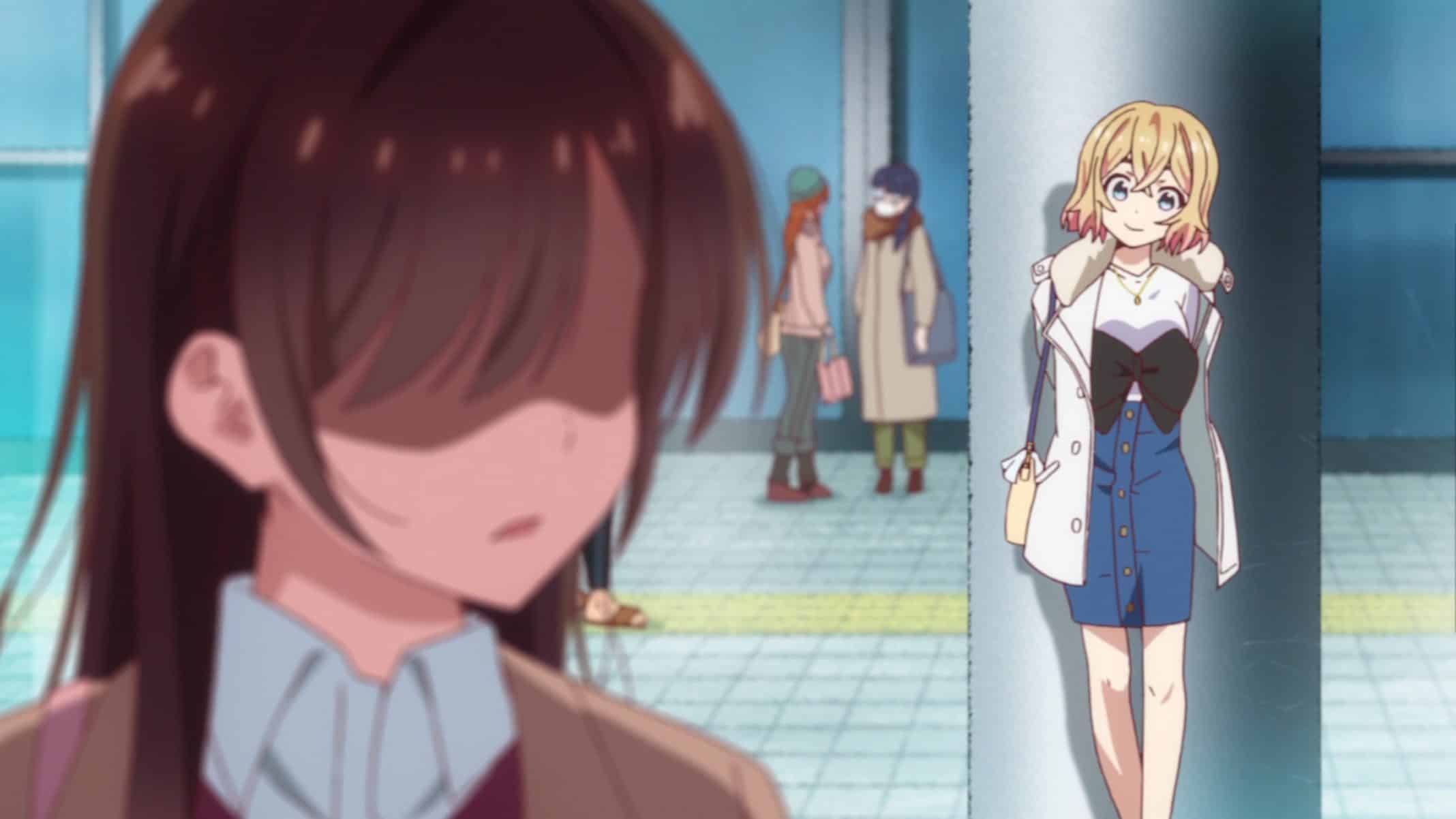 How The Show Makes It Clear Something Is Wrong With Kazuya

With a lot of shows focused on young men, anime in particular, there is the vibe that no matter how far left the boy goes, his charm should make it forgivable. Be it stalking, jealousy, you name it. Rent a Girlfriend doesn’t let Kazuya get away with that. It reminds the viewer something is wrong with Kazuya in general, or in that moment.

This, to me, I would love to see implemented more, just so people watching know this isn’t appropriate behavior, don’t do this, you’re being weird, creepy, and it could be illegal.

What Was The Point of Sumi?

Don’t get us wrong, Sumi is adorable and provided us with some information on Chizuru, which was nice. However, why was she part of the outro and intro if she is going to show up in the penultimate episode and have no real impact? Kazuya isn’t torn between her and Chizuru, and she doesn’t add her hat into the ring either. She just popped up, went on a date with him, and if she shows up in the last episode, I’d be surprised.

So, getting back to the question at hand, why was she written in?

Someone Finally Searched These Girls Up! - 84%

With someone FINALLY discovering Chizuru's occupation, the question becomes: Will the finale live up to the build up?