In what appears to be the season 1 finale, Rudy learns he’ll need to trust his comrades more to reach his goals – or people might die.

Others Who Have Been Displaced – Roxy, Paul

It appears Rudy and Eris aren’t the only ones displaced by what is known as “The Magical Disaster.” Zenith, Liliah, and Asiah are also missing, with only Norn’s location known to Paul, as they are in his care. Thus, he has seemingly left the village searching for them and is heading to the Millis continent, where Zenith is from, to begin his search and support himself.

But, even without the money his family is known for, he seems to be relying on their name, as that of his wife and kids, in hopes he can find people to help him with his search. Which, between Roxy, and former members of the Fangs of the Black Wolf, it seems he will have allies in his search.

In Rudy’s mind, he sees himself as the leader, and this burden includes protecting Eris and seeing her get back home, and recovering the Superd’s reputation, as Man-God pushed and Ruijerd pseudo-asked. The problem with this is, Eris barely needs any protection since she is a beast. As for the Superd’s reputation? Well, having them do what people fear them for, killing things – it isn’t necessarily pushing the needle forward. Add in Rudy is trying to write the narrative like it is a manga, where Ruijerd shows up in the nick of time, it leads to deaths.

Rudy processing the deaths he caused due to inaction

What also doesn’t help is that Rudy’s trick to use the two adventurers’ he was blackmailing is found out by the horse demon who nows wants to blackmail him. Thus, Rudy is forced to reveal Ruijerd being a Superd to stop the horse demon from potentially causing Dead End to lose their adventurer’s license. But, with Ruijerd being revealed means having to escape the city as it is no longer safe for them.

After all that happens in the mission which went wrong, Rudy realizes he needs to have a heart-to-heart with Ruijerd. One that can be summed up in Rudy and Ruijerd calling the other one stubborn, and it being acknowledged that Rudy has to stop acting as if he can and should make all the decisions for the group.

Take note, people have died because of Rudy’s decisions, and at the end of the day, as much as improving the Superd reputation is his goal, the main one is getting Eris safe and home. Which, despite all that has happened, Ruijerd understands and even respects. For as a warrior, even though a certain level of violence Ruijerd doesn’t believe in, if necessary, if it means protecting your people, he gets it, so he doesn’t see Rudy revealing who he is as a betrayal.

However, it is made clear while Rudy has his loyalty, things do need to change, and Rudy knows this. So, in terms of them getting to the Asura Kingdom, where Roxy was, a group meeting is done, which includes Eris. Leading to a plan being put in place, which includes Ruijerd rocking a baldy to hide his lineage and getting a bandana to hide his third eye, but also presents the idea of branding – since it matches the bandana Eris uses to keep her hair back.

Eris was taking on demons, even that Redhood Cobra that wiped out those veterans we saw and has really shown that she isn’t as spoiled as we perceived. Take note, she probably hasn’t had a notable meal, bath, or most of the luxuries she was used to in weeks or months, yet there are no complaints.

Also, while you could say she has channeled her anger into fighting demons, considering how little she goes off, physically or at the mouth, now? I’d say she has really shown herself to be a mature young lady. One who probably doesn’t need Rudy’s protection, as must as he thinks, and may just want his guidance since she knows her shortcomings.

An Update On The Outside World

While we love and adore Rudy and Eris, there is a whole world outside of them, filled with characters we’ve become attached to. Who, because of the situation Rudy is in, haven’t been focused on. So to have Paul’s letter read and see Roxy, learn what happened to Rudy’s family, and even get to pseudo-meet two members of the Fangs of the Black Wolf, this builds up a reason to be excited for season 2 of Mushoku Tensei Jobless Reincarnation. 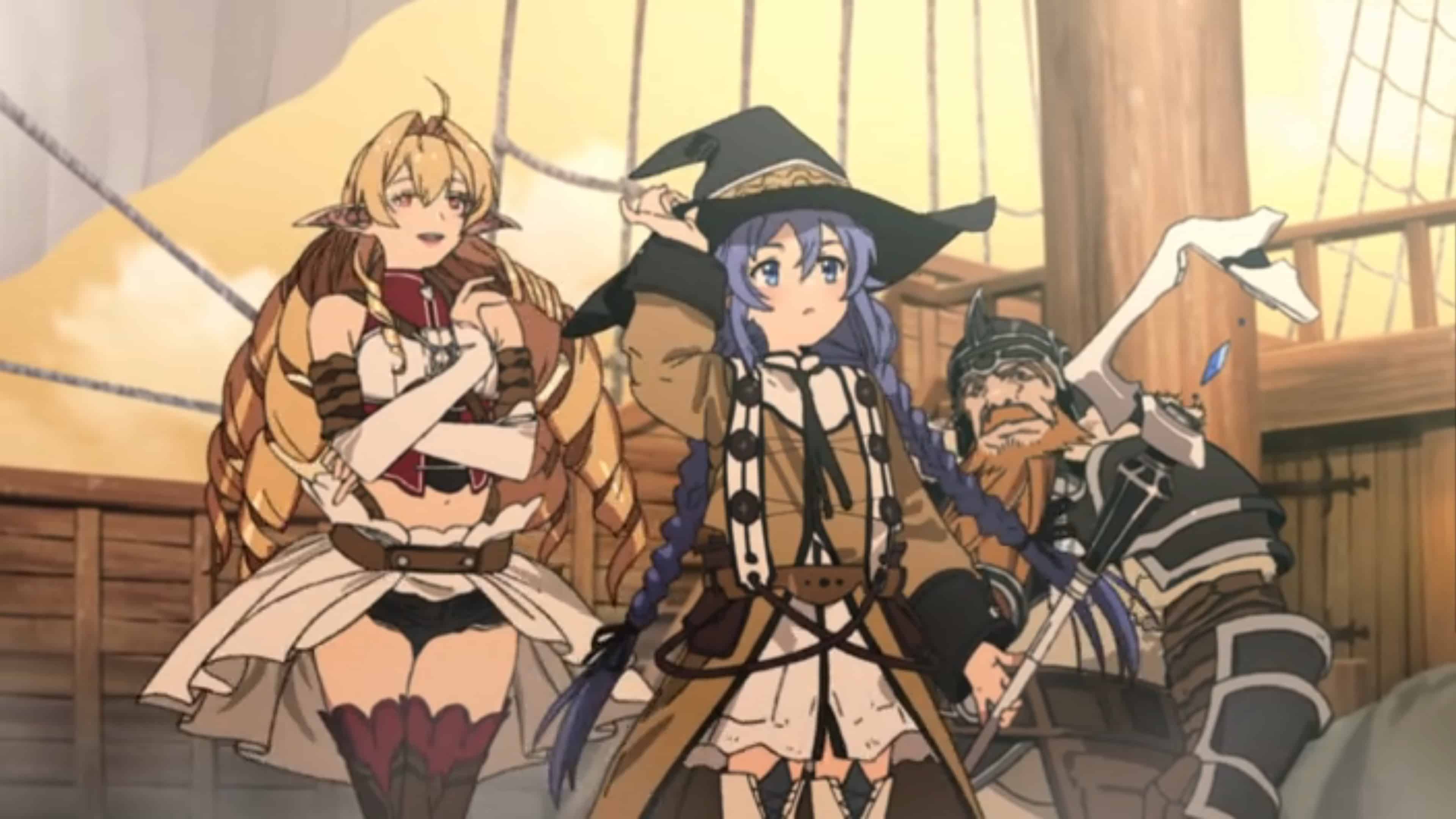 Rudy Realizing He Can’t Do It On His Own

Alongside Eris’ growth, we also got Rudy growing in terms of realizing, just because in his former life he was 30+ with a well of knowledge when it came to video games, it doesn’t mean everything perfectly translates over. Never mind, as smart as he is, there is a need to recognize that, when it comes to combat, he isn’t the genius he thinks he is. Hence each of his attacks being dodged by the Redhood Cobra until Ruijerd gave him the opening he needed.

At the end of the day, while Rudy is smart, like everyone else, he has his shortcomings and needs people like Eris and Ruijerd to help compensate for that. Which, with him being willing and knowing he needs to communicate more, there is hope he’ll realize to be the man he needs to be, he may have to completely throw out the book of what his inspirations were in his past life.

Mushoku Tensei: Jobless Reincarnation ends its first season in the perfect place before its return this summer.