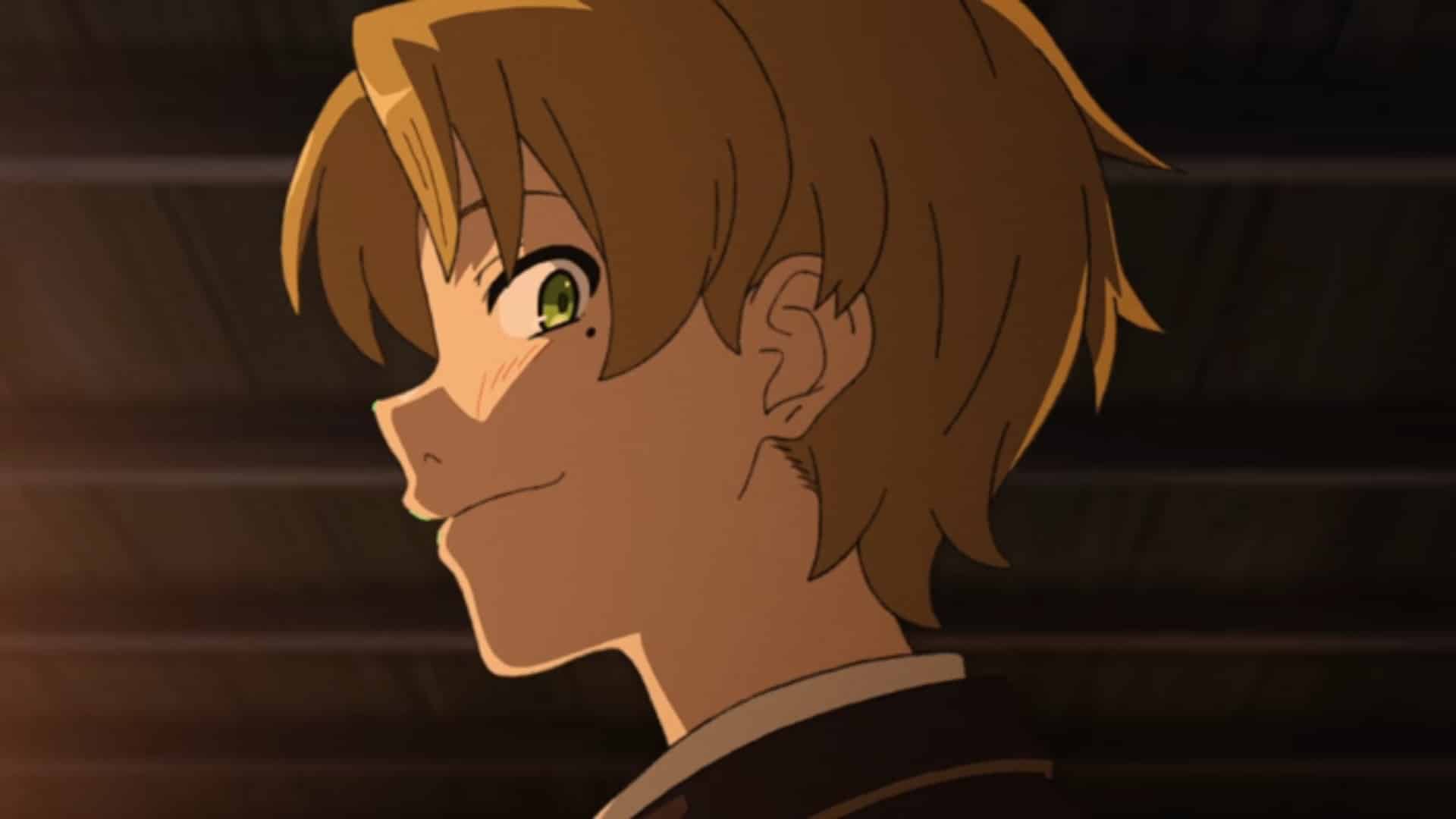 As the episode title reveals, we’ve reached a turning point in Mushoku Tensei, which includes a two-year time jump, Rudy getting handsy, and a potential demon uprising.

We experience a time jump and land within days of Rudy’s birthday, and some things have changed. One of the most noticeable things being that Eris is more talented than ever in swordplay, and that thing in the sky, it has grown bigger. But, it isn’t until Rudy’s birthday where we get some real notable reveals.

Such as what? Well, that the reason Hilda hates Rudy is because he was privileged with being raised in the manor while her two sons were sent off to be raised by the head of the family in the capital. But it seems, on Rudy’s birthday, she wants to be close to him suddenly. Though, who knows, it could be the wine?

But to make matters ever the more stranger or complicated, Lord Sauros and Philip propose Rudy be put in line to replace Pilemon, Rudy’s uncle, who is head of the Notos Greyrats. To break it down, there are four families under the Greyrat banner, and Notos is one of them, Boreas another, and it seems the Notos family are notorious and produce people like Pilemon and Paul. So with Rudy so polite and respectful, they’d rather have him, and Lord Sauros even proposes war to do it! As for Philip? He even offers his daughter, Eris, to Rudy to seal the deal.

However, in the long run, Rudy denies the opportunity. For while a harem of half-human women would be delightful, Sylphie remains on his mind. Granted, he does feel up and attempts to finger Eris, who wanted to spend the night with him, but she doesn’t let him get too far. She says in 5 years it is a possibility but as of now? She’ll brutalize him for going beyond what she is comfortable with.

While Rudy is having a birthday, feeling up a real girl, and trying to go as far as he can, Paul is dealing with a massive influx of demons. Luckily, things are home are calm, with both his kids healthy and happy, but he does wish he got to go to his son’s birthday party. But with Lilia sending Rudy a gift, and Sylphie, after flipping out over Rudy’s sudden absence, damn near part of the family, things are calm. Maybe too calm?

For most of Rudy’s life, things have been tame and calm. However, now the s*** is starting to hit the fan. Demons are riled up and are starting to act up, and it is believed Laplace, the demon Rudy was warned about a long time ago, it may have arisen. Then, to make matters worse, Lord Perugius sends Almanfi to the surface to investigate, and they almost try to kill Rudy.

Why? Well, they thought he was the summoner. Luckily, Ghislaine protects him, and Eris who bears witness, but it’s clear that the peace Rudy has grown up with is on its way out.

The utter drama within the Boreas family was unexpected but immensely interesting. Especially the idea Lord Sauros would risk war with family to install Rudy, and Philip would hand over his daughter to sweeten the deal! It makes you question what is going on amongst the adults and when it comes to this family, how did they gain and maintain power? Never mind, how is the balance, assuming there is any balance, maintained amongst them?

A Threat Looms Ahead

Up until now, Mushoku Tensei has focused on building up the world and its characters, but a threat has been absent. At best, the threat was Rudy’s perverted nature getting him ostracized. However, with demons appearing, Rudy’s power being noted, and a time jump, more than ever, it seems as Rudy exits his childhood, so will this realm of protection end – in general.

However, considering Rudy is still relatively a nobody, there does come the question of how much will he actually have to deal with or involve himself him? Because, this far, Rudy’s training, with magic especially, has just been theory and practicing on his own. He hasn’t had the need or focus to use his magic as an offense. And, in terms of swordplay? Well, you already know that is by no means his idea of a fun time.

Turning Point 1 lives up to its name as it seems Rudy's childhood is at the beginning of its end.