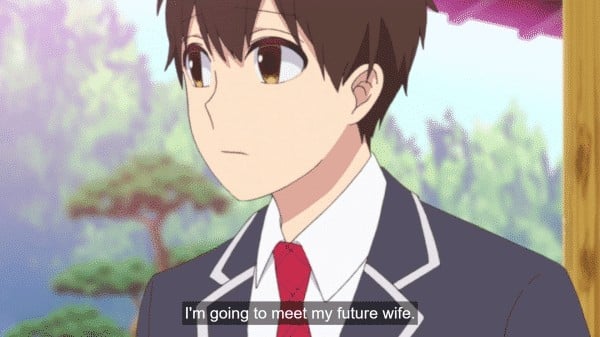 Yukari officially meets his arranged wife and her reaction to him talking about Takasaki and revealing she is his second choice is kind of strange.

At first, it seems Yukari (Neji) was going to stick to his word. Like his friends and Takasaki, he wasn’t going to get married. So, when his parents planned for him to take a day off from school to meet his wife, he skips the meeting. At least, that is what he thought he was going to do. From his friends to teacher, even Takasaki, he gets shamed for his actions. Takasaki probably digs in the most for she makes it clear she wants them to be something of the past. Especially since they have no fathomable future.

So with that said, he hangs his head low and meets Ririna. Someone who isn’t keen on getting married either but, rather than run away, she faces her husband to be. Someone who is so disinterested in her it is insulting. For here she is, trying to not be socially awkward, talk to a guy and impress his family perhaps, and he can’t stand to look at her. 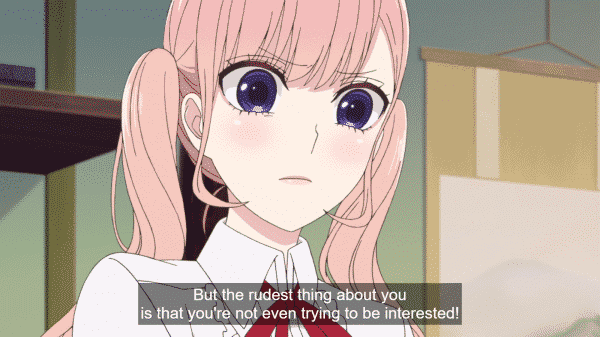 I don’t know about you, but I need to see the full rules to this matchmaking thing. First and foremost, is there a rejection option? Then, if there is, what happens to you? Are you shunned from society or do you get matched with someone else? Like say the person you match with you find unattractive, can you say no? What if you are gay? Alongside that, what happens if you two can become friends, like Yukari and Ririna seemingly will, but there are no babies made? What happens then? 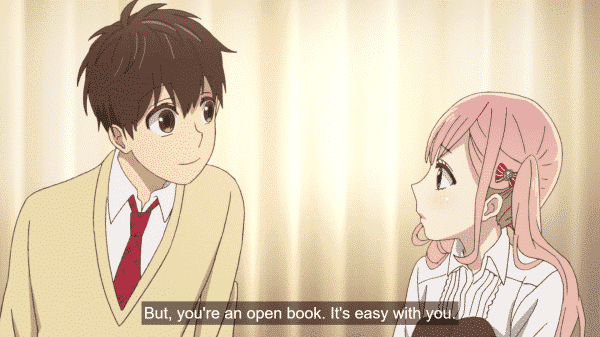 Due to his parents forcing him, Yukari is forced to make up with Ririna. Something he does, and he comes to grow closer to her. For, you see, these two are both socially awkward. For Yukari, it was especially when dealing with girls and for Ririna, it was with everyone. You see, Ririna was rather sickly when she was young and while she is better now, she didn’t really go to a normal school till middle school. With that, most of the girls were already in their cliques. Something Ririna wasn’t willing to adapt to and so she got ostracized a bit, even made fun of.

Yet, for both, things are different with one another. While Ririna makes Yukari uncomfortable at times, for she isn’t aware when a button is undone or forgets she isn’t wearing a skirt, he can talk to her. He can have full on conversations, with a girl, who he thinks is cute, without being a bubbling mess. Then with her, she can express herself without hesitation or overthinking things.  Making it seem the government isn’t that bad of a matchmaker. Even though it isn’t clear whether these two may fall in love. Though to say this takes away from the next topic, I sort of feel we are being shown the difference between infatuation and love here. With Takasaki, there is infatuation. Something which is good for a moment and is based on a lot of superficial stuff. Yet with Ririna, there is something natural. Something which can be considered eternal for their souls just find a certain comfort in one another. For while it wasn’t necessarily made clear why Yukari has always had problems talking with girls, here he is talking to someone the way you’d expect him to talk to Takasaki. That is, if he wasn’t seeing her with rose colored glasses and placing her on a pedestal. 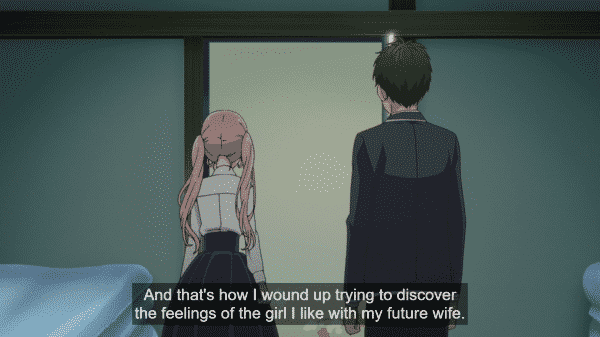 It’s hard to fathom being 16 and being in love with someone. Much less, the government saying this is the person they, through math and science, think would be perfect for you. Yet, with the way we see Ririna and Yukari vs. how Yukari and Takasaki talk about one another, it is hard to say what is love and what is infatuation.

Take the odd situation in which Ririna takes it upon herself to have dinner with Takasaki. Of which, the conversation revolves around all Takasaki likes about him, despite turning him down earlier. She likes how weird his hair is and a whole bunch of other things. She cannot talk about that boy enough and, mind you, Ririna introduces herself as Yukari’s match. Yet, despite that, Takasaki holds nothing back.

But rather than be devastated by how much these two like each other, Ririna seems to use them as a blueprint for what love is. She even says Yukari has to kiss Takasaki again to see if maybe that would remind her of her true feelings. For, in a weird way, she not only wants to see her possible future husband happy, but the first girl she thinks might be her friend too. 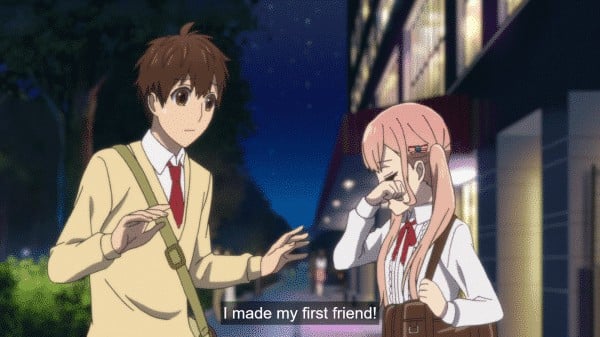 I’m trying to process. Yukari’s future wife has become friends with the girl he has liked since elementary school. Being that she has lived such an isolated life, one without friendship or maybe even a crush, she looks to them for an example. Almost to the point that she seems obsessed with their relationship. Yet, at the same time, she is slowly getting feelings for him and he is coming to terms with the fact she is likable. Maybe even attractive past the physical. Well, needless to say, this is all very screwy.

However, as noted in the commentary in the last topic, there is an interesting parallel here. With Takasaki, when she talks about what she likes about Yukari she starts with the physical. However, when Takasaki asks what Ririna likes about him, she starts with his personality. So I’m strongly led to wonder if this may evolve into a love triangle situation and, if so, who may choose who?

For, I gotta admit, I’m more so for Ririna because there is some hint of growth with her. When it comes to Takasaki, she seems way too prepackaged. Also, I still can’t get over how hot and cold she is. Plus him waiting in the park so long? I still can’t recover how, for both sides, that seemed like the type of moment that would only happen in fiction.