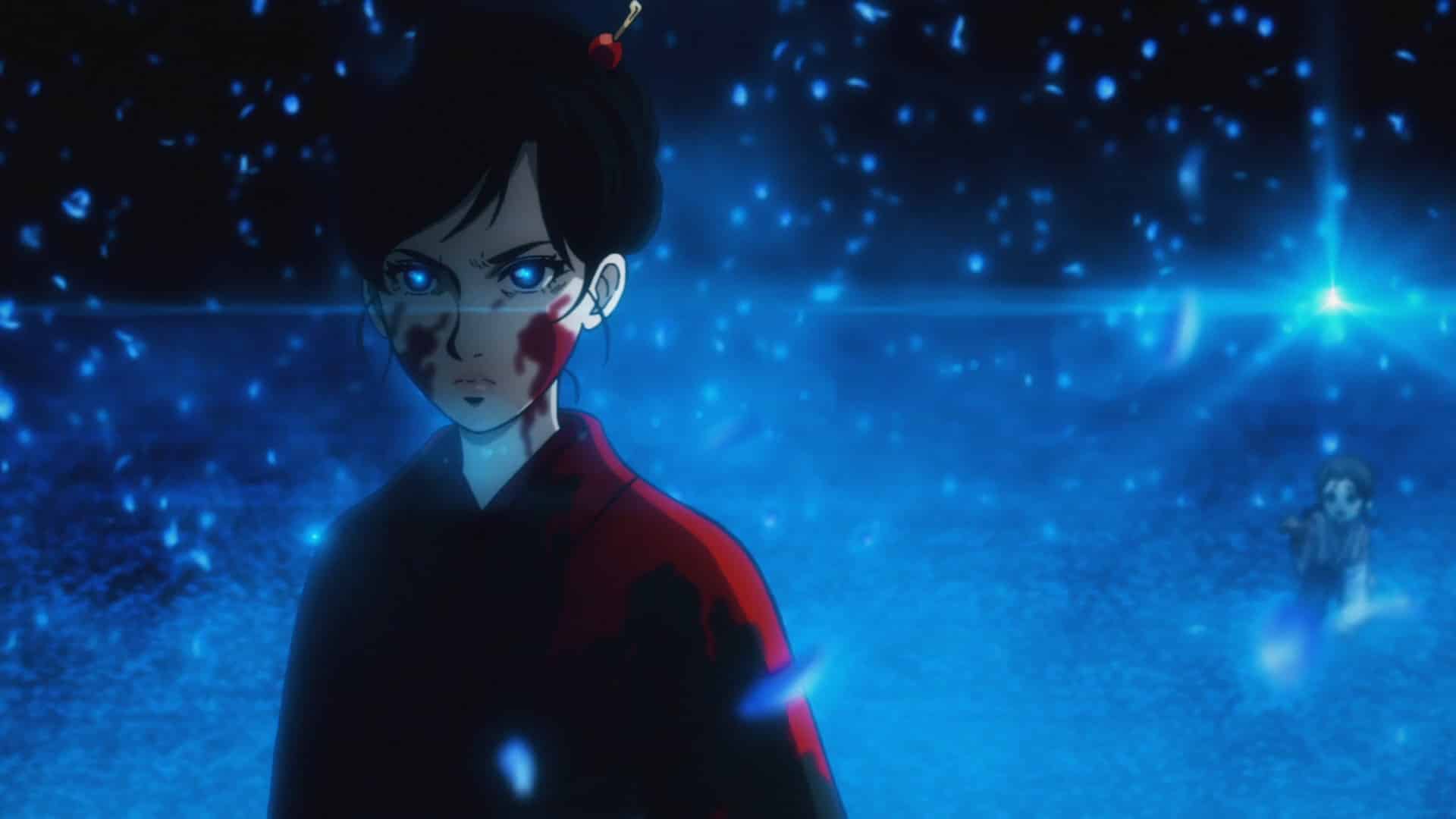 We learn how not only Asahi ended up in Yuki’s care but also how Yuki ended up a part of Kuzuhara’s Nue.

So what happened was, Nue, the organization Yuki works for, and Kuzuhara manages, as part of Tokugawa’s government to maintain power, killed Yuki’s family. That or Janome, who used the blood of the Karasumori villagers, which was known to be blue and mystical, did to make his Changelings. Either way, no sooner than Yuki becoming orphaned and making graves, Kuzuhara shows up and offers to train her. Thus leading to their relationship where he gets himself a skilled executioner and Yuki someone who can provide what she needs to enact revenge.

However, while Kuzuhara has a place for Yuki, one can argue other members of Nue don’t like her and wouldn’t mind killing her. But, to some surprise, that includes Tsuki, who reveals to us that Asahi was made an orphan by Yuki after slaying Asahi’s parents.

Now, mind you, Asahi’s parents were killed the night they were ready to sell their daughter into the sex industry. So don’t think Asahi was stolen from anyone who loved and cared about her. However, this doesn’t stop Asahi from occasionally wanting and trying to get revenge. It’s just Yuki’s training is a bit too much for a child to kill her, even when she is resting. Hence Tsuki giving Asahi a means to kill Yuki.

The Rise of the Changelings and Destruction of Paper Trail – Hana, Yuki 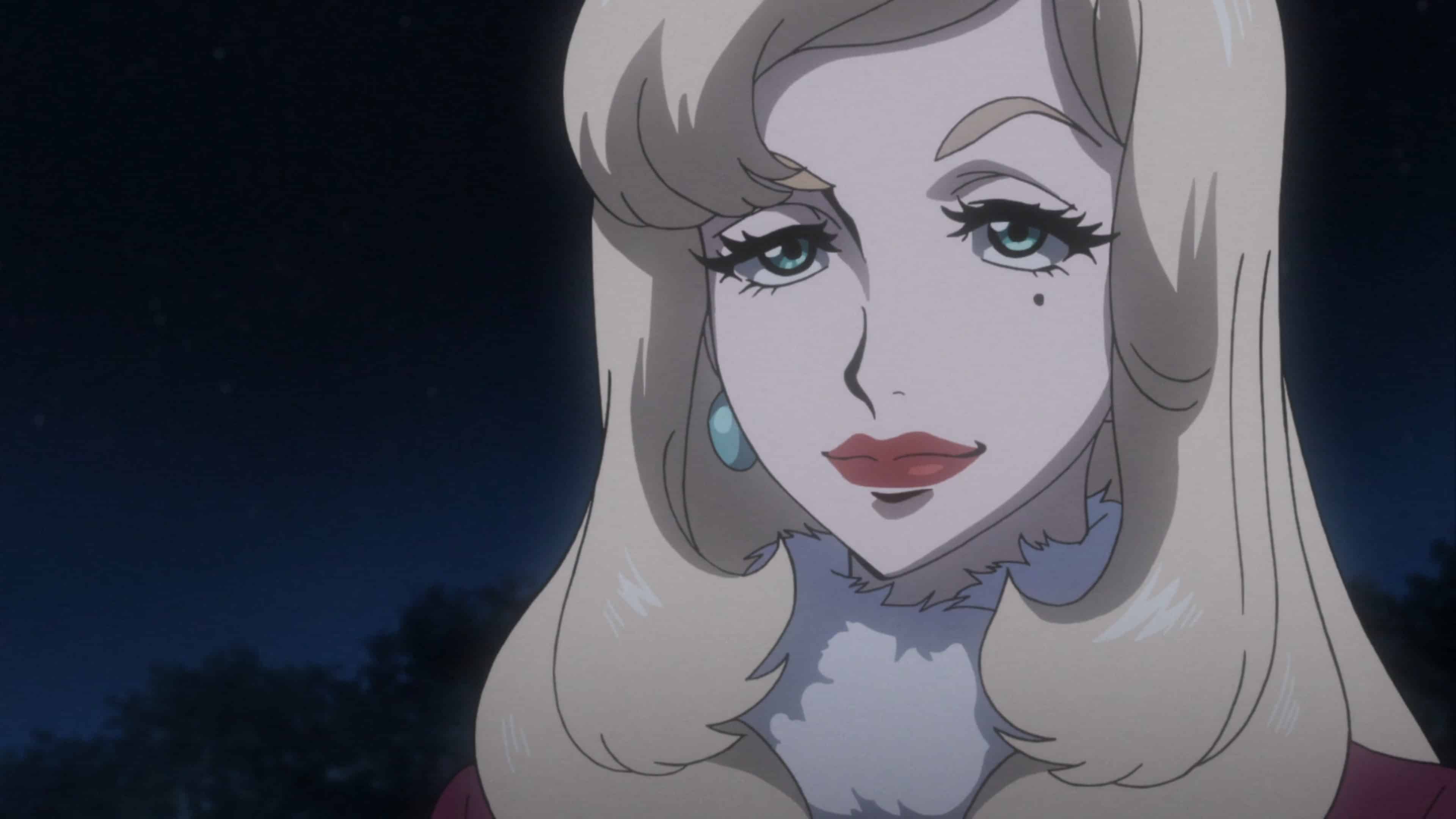 So, if it is the 64th year of the Meiji era, Yuki was born in the 46th and became a Nue executioner in the 60th, what has she learned? Well, in regards to who massacred her village, little to nothing. Why? Well, anyone and everyone who knew something ends up dead and the paper trail destroyed. Hence why Yuki put hopes into protecting the woman who knew so much about Tokugawa’s dirty laundry. But with Hana killing that woman, so went another trail gone cold, and Yuki ready to kill Hana, who has been READY for a fight.

In the first episode, while introduced to the characters, who they were, their backgrounds, and why they either live or worked together was a mystery. Yet, in a rare positive, multi-episode premiere, episodes 1 and 2 combined create an ideal introduction to a new show. For with this episode introducing how Yuki joined Nue, never mind what Nue is and their purpose and differentiating Yuki and the Changelings, we now have the foundation needed to understand where this is going.

Add in there learning most of Nue’s and Yuki’s dynamics are borderline toxic or uneasy, and it creates a sense of danger that can’t be underestimated since Tokugawa’s government might be in decline and Yuki? Well, she doesn’t have friends as much as enemies who think she can be useful to her.

There isn’t much, if any, back and forth for any member of Nue, but they have been trained to be assassins. Yet, despite rather quick fights, considering there is enough brutality to give you a little shock, but not enough to create the vibe the show wants to rely on shock value, Joran: The Princess of Snow and Blood could be a decent anime to keep up with this season.

With its foundation set, Joran: The Princess of Snow and Blood gives you enough to make a decision whether to continue or not.