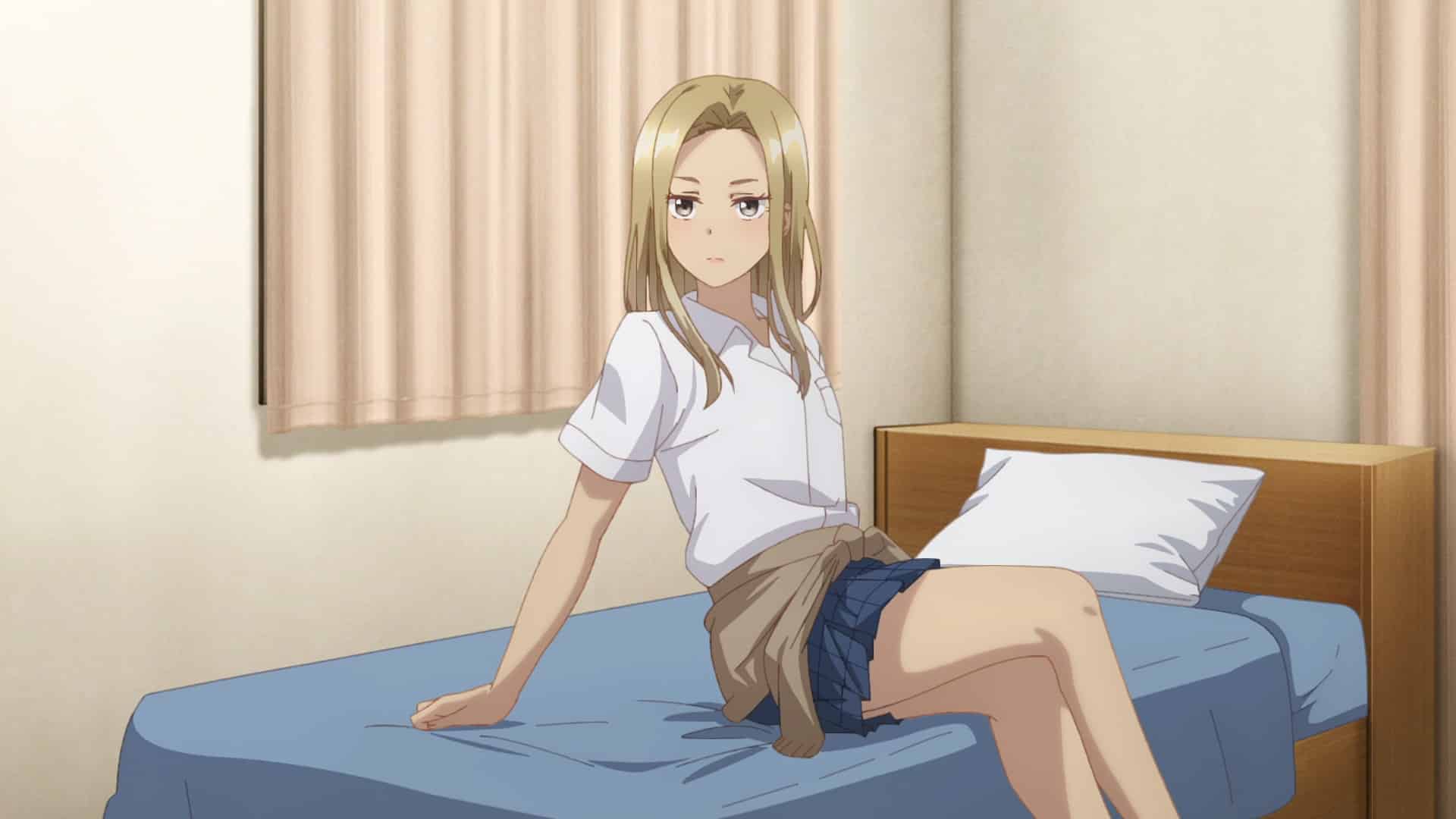 Gotou makes a startling confession, and with Sayu making a friend, there is increased scrutiny on Sayu and Yoshida’s relationship.

With Sayu getting pretty settled in with Yoshida, she decides to get a job, and Yoshida is very supportive of this. Not to contribute to the bills or anything like that, but rather so she can socialize and get out of the house.

But, the problem which comes with that is Sayu not being sure how to explain her relationship to Yoshida without outright lying. So, she concocts this story of Yoshida being a childhood friend, which Asami doesn’t believe. First off, Yoshida is 9 years older than Sayu, so that doesn’t click. Add onto that Asami peeps how Sayu lies, and she relies on Yoshida to tell the truth. However, with him unwilling to go against the story Sayu wants to be true, Asami resigns due to perceiving Yoshida as a good guy.

As Yoshida not doing the company business trip circulates and his chummy relationship with Mishima, so comes Gotou asking for a private meeting after work. But, when confronted about being nosy, she fesses up that she likes Yoshida. This is shocking and feels like a lie, so he jokes around about having sex with him if she apparently likes him so much.

That leads to the reveal she is a virgin, and thus an awkward moment gets worse. However, Yoshida makes a quick recovery by pushing the idea, if she really does like him, she can ask him out properly. Something she plans to do in the future.

Sayu is the epitome of an idle mind being the devil’s playground as being left alone leads to her having dark thoughts. But with witnessing her dark thoughts, so comes a hint as to why she ran away. Seemingly, Sayu was involved in some girl possibly committing suicide. Which, in terms of guilt, Sayu tries to deflect how she feels and blame Yoshida, but it seems she wants to own up to what she did or did not do. Though with Yoshida noting he will bring Gotou home, she figures karma has come for her.

However, the truth is, with Yoshida really committed to being in Sayu’s life, he believes Gotou has to meet her rather than Sayu being a secret.

Possibly Learning Why Sayu Is On The Run

We’re not given specifics, but we’re finally given some idea why Sayu ran away from home after being given vague and inconsistent reasons. It’s because a friend possibly died, and Sayu is running away from the guilt involved. Now, what were the circumstances surrounding that death? We don’t know yet. However, we’re four episodes in, so the information should appear soon.

Sayu Made A Friend!

Despite Asami being a bit of a flirt and making some awkward moments for Yoshida, it is good to see Sayu have a friend and a job! But, we must admit, considering Sayu rarely puts down her mask, and Asami is already peeping that, so comes the question of how long this friendship may last?

Her lying about having a boyfriend, liking Yoshida, and her being a virgin? I gotta admit, it took her down a few notches. It took away her seeming like this sophisticated boss, who was older and maybe enjoyed the attention but wasn’t sure whether she wanted to reciprocate it. For now, she seems like Asami and Sayu but with the power dynamics in her favor.

But with all of this just coming out, in a rather awkward way, Higehiro could clean this up.

Possibly Learning Why Sayu Is On The Run - 82%

With us finally getting an idea why Sayu ran from home, we might be getting somewhere with the central plot.