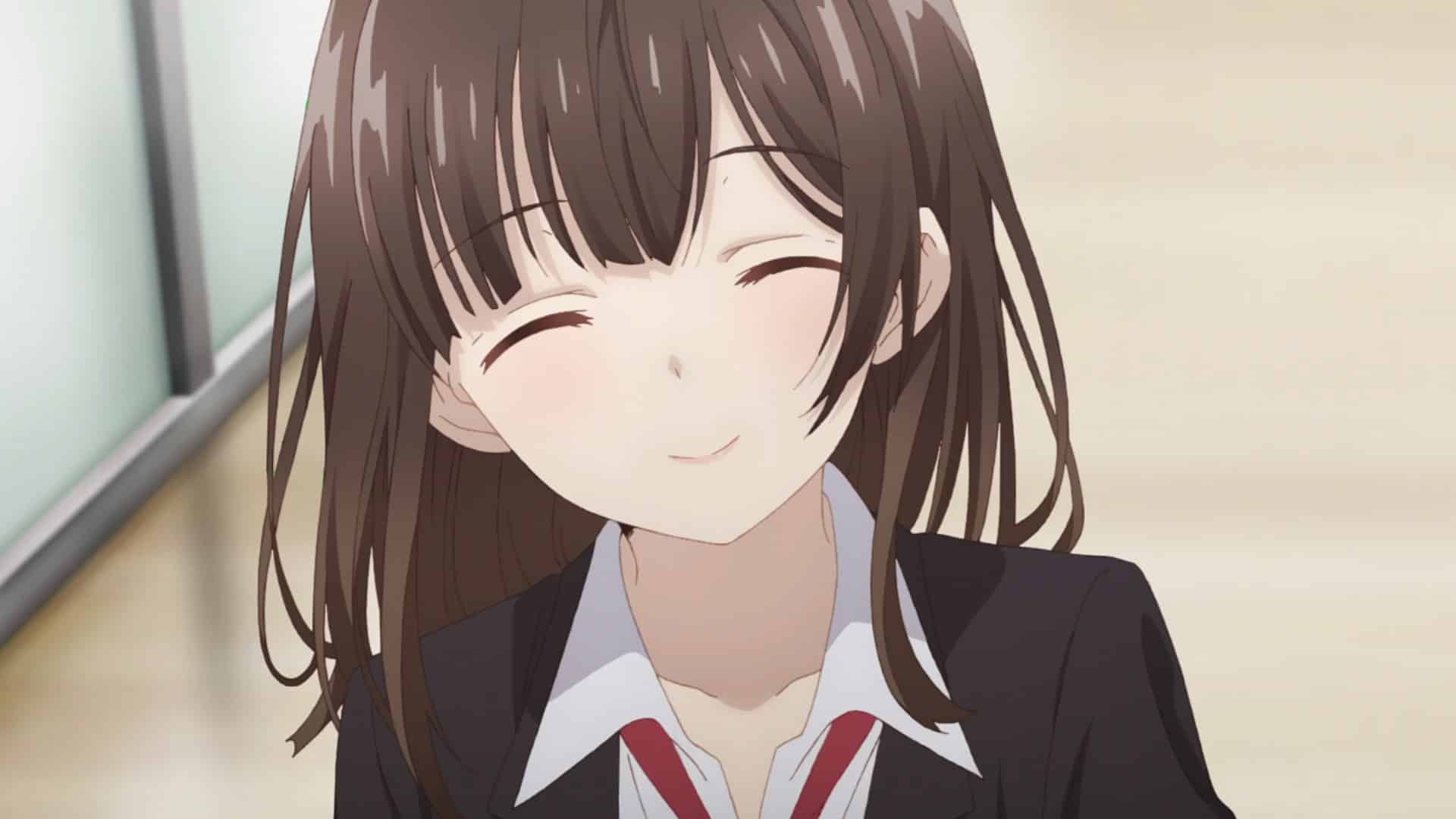 With Gotou, amongst others, noticing a change in Yoshida, so comes the question of what will happen if anyone discovers Soya?

While Sayu continues to have a mutually beneficial relationship with Yoshida, he has started to pick up she smiles in a way which she says is a habit but comes off like a defense mechanism. Almost as if to defuse the situation or play down how she truly feels. Because of this, Yoshida notes what she is doing. As for Sayu’s response? Well, she finds herself asking why is he so nice?

This triggers Yoshida to reiterate that Sayu needs to raise her standards. But with her not used to nice people or nice things being done with or to her, without a catch, the smile is her way of keeping it going. Be it in a flirty way or to make herself seem more young, vulnerable, and meek. Which, increasingly, seems to be getting on Yoshida’s nerves.

But, with Sayu’s continued presence and Yoshida’s actions in mind, Yoshida’s friend, Hashimoto, warns him about her settling in for the long term or either person falling in love. However, with Yoshida noting he likes older women with big breasts, Sayu isn’t his type – mainly due to age.

Everyone Is Noticing The Change – Yoshida, Gotou, Hashimoto, Mishima

Beyond Hashimoto, many are noticing the changes Yoshida has implemented since Sayu stayed with him. One of which is Mishima, a programmer at Yoshida’s job, who he shows immense patience with. And because of his kindness, there is a mention of him shaving and looking more presentable and asking if he has a girlfriend. Now, whether she was fishing for herself? Who knows. However, he does mention Gotou’s rejection, and she tries to encourage Yoshida.

Which, when you take note Gotou asks Yoshida out the next day, platonically, does raise some eyebrows. However, like Mishima, she just noticed him looking more presentable and leaving on time. And considering she is his boss, this change is especially noticeable.

Now, being that Yashida is still in his feelings, things do go a little left. Mainly in him, again, confessing having feelings for her since he was hired five years ago. But with Gotou deciding to be a little flirty with him, she decides to play a question game. Thus leading her to learn Mishima isn’t dating Yoshida and him learning Gotou is an I-cup bra size.

What we love about Higehiro, is that Yoshida is a grown man who might be a bit isolated, but he doesn’t lack social skills, can talk to women, and while his eyes do wonder, he isn’t a full-on pervert. Rather, unlike most of the men I the shows we watch, he is pretty normal. Mind you, normal in general, but with an eyebrow-raising arrangement with Sayu, but even that isn’t overtly weird.

The main issue with Sayu is she is a minor and that she is manipulative in a way that you can’t really know if it is a survival thing or her really getting a kick out of it. Hence her confusion with Yoshida because she either feels bad or with him not falling over himself or taking advantage of her, this is a different dynamic. One that complicates how she usually interacts and presents the kind of relationship that we often see in live-action films, that of the younger, impressionable girl and older man, but with it being less creepy than usual.

As Yoshida proves himself to be strikingly different from the average male lead in any anime, so comes the question of who Sayu will be handled in the long run? Especially since Yoshida is starting to gain the attention of women his own age?