The table is set for an epic showdown as Sayu’s mom is confronted about Sayu leaving – will it end in resolution or Sayu’s mom holding her ground?

Sayu’s Mom is a piece of work. After that slap, she is by no means trying to seem like a good mom, someone who was worried, none of that. In fact, she is as cruel to Sayu as she has ever been and even comes at Issa when he tries to get her to ease her temper. Thus leading to Sayu trying to get aggressive with why she left and Yoshida? Oh, he found himself having to paise for a moment before nearly throwing a glass at Sayu’s Mom’s face.

But rather than lash out due to the way she talks to and about Sayu, Yoshida begs her. For with acknowledging he can’t raise her, and that responsibility lies with Sayu’s Mom, he begs her to raise her kid rather than treat her the way she does. Issa even joins in on this, which leaves Sayu’s Mom embarrassed and angry.

Because of her reaction, Sayu and Yoshida are told by Issa to step outside a bit, while Issa talks to Sayu’s Mom, and during their alone time, Sayu thanks Yoshida. Alongside that, she notes how she thinks she is stronger now, and she continues to be happy he stands up for her.

But, after Issa says it is safe to come back and even offers Yoshida to stay the night, Sayu’s Mom still questions why Yoshida has gone so far for her daughter, even if they didn’t do anything. To which he only has kind words that seem to not help with Sayu’s Mom’s confusion.

Sayu’s Mom Not Changing Overnight or Explaining Herself

There is nothing worse than a villain, or someone like Sayu’s Mom, doing a 180 due to an impassioned speech and being ganged up on. For one person to hold so much power and there be a moment-to-moment change would downplay the original issue. So we’re glad, even after the bowing, the begging, all of that, Sayu’s Mom is more so confused than changed. Though, to be honest, if she never changed her opinion at all, I’d be happy for even her compromise of raising Sayu till she graduates, and then who knows what beyond that, seems realistic. At least in terms of the person who has been presented to us. 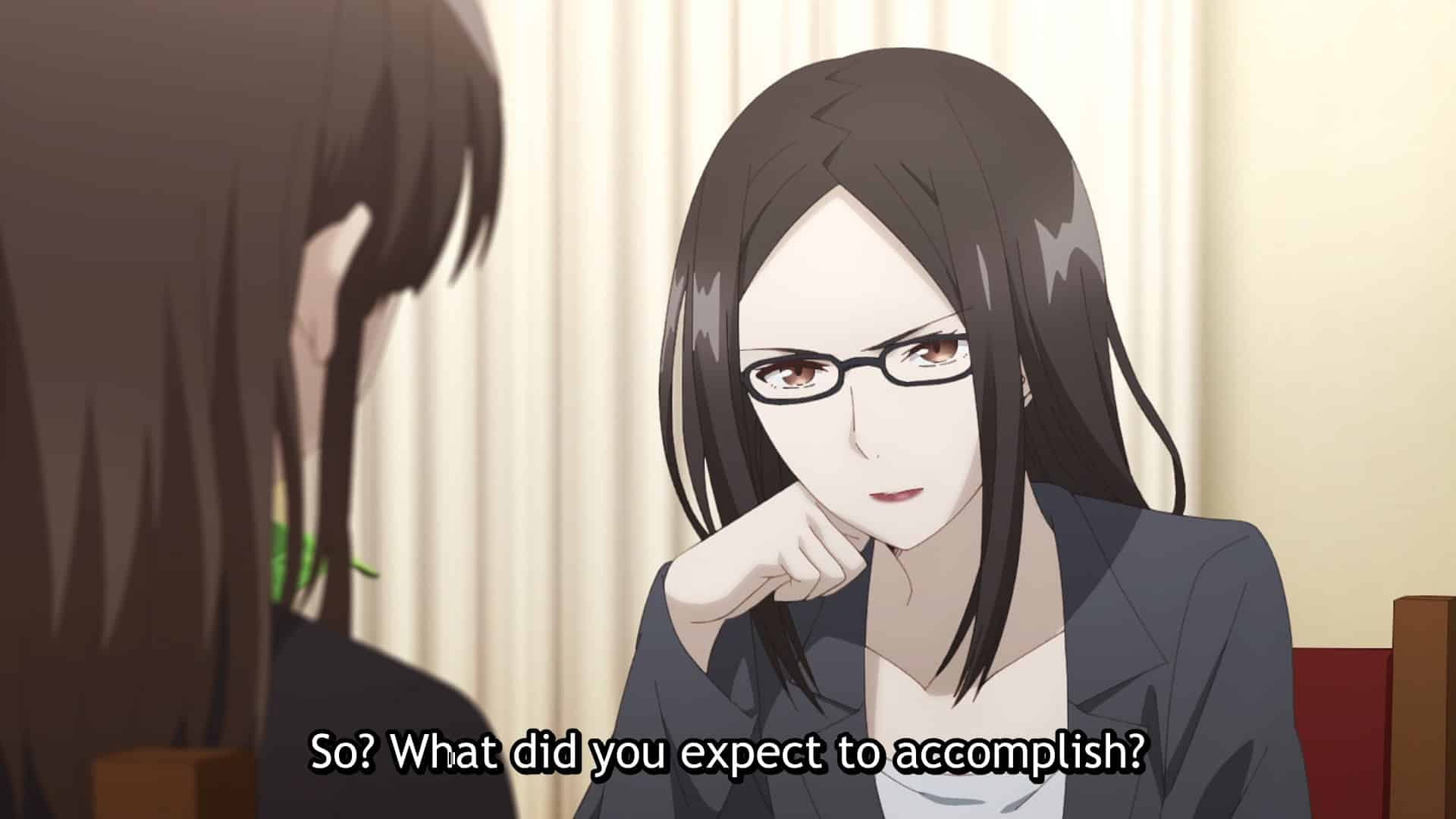 Higehiro: Season 1/ Episode 12 – Recap/ Review (with Spoilers)
Trajectory: Plateau
With Sayu's Mom not backing down or dramatically shifting how she feels, or her opinion, it makes the possibility of compromise, a resolution, or potentially healing all the more sweeter.
Highlights
Sayu's Mom Not Changing Overnight or Explaining Herself
Low Points/ On The Fence
83
Follow Wherever I Look on Twitter and Instagram, Like us on Facebook, and Subscribe to the YouTube Channel.