Gleipnir: Season 1 Episode 13 “We Two Are One” Season Finale – Recap/ Review with Spoilers 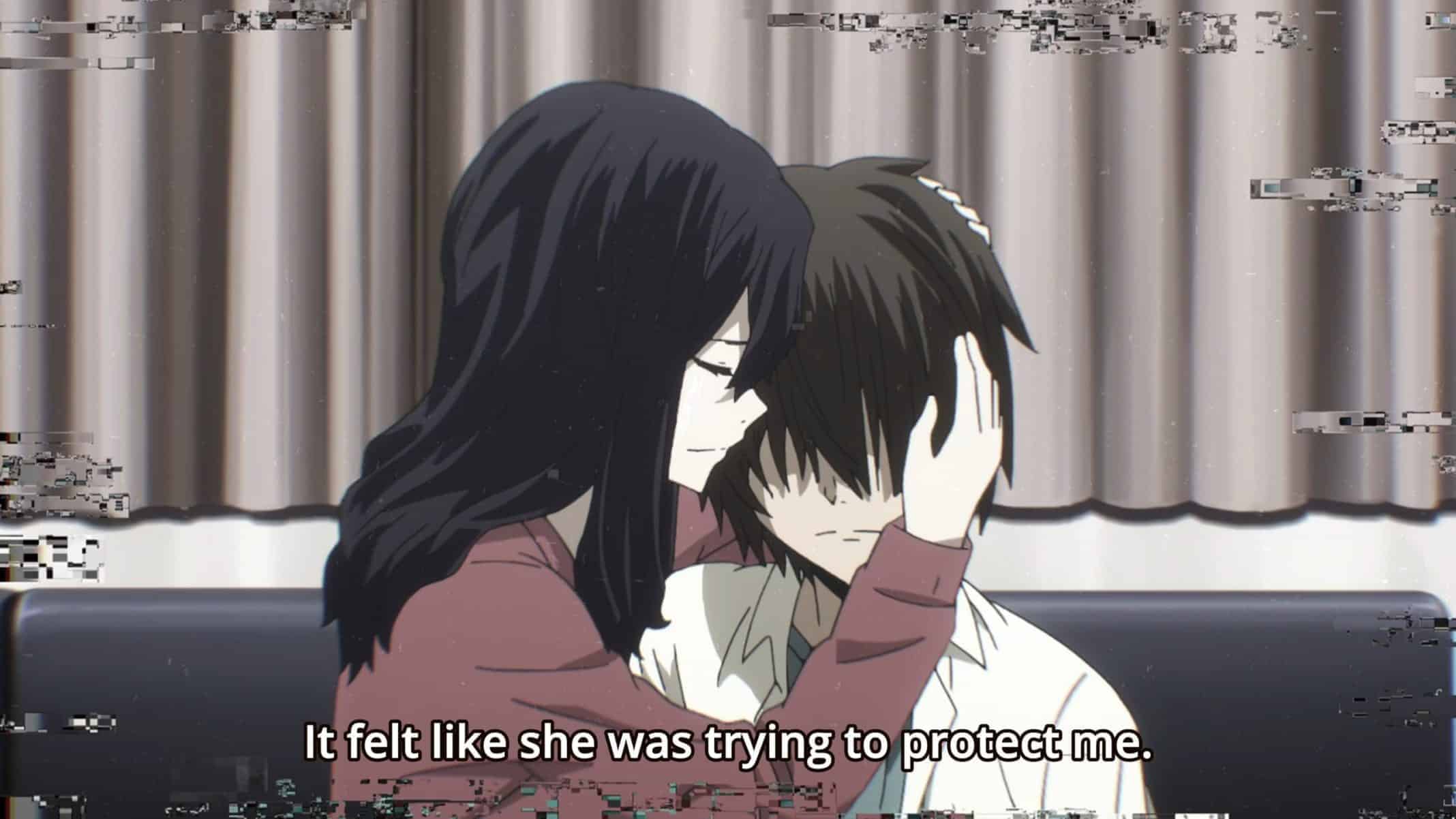 In what hopefully is just the season finale, not series finale, Shuichi gets a glimpse of his past and encounters the only one who can provide answers: Elena.

At this point, Mifune has given up whatever she thought Shuichi and her could be and as much as Yoshioka may have had feelings too, she recognizes a shift. Plus, with her truly seeing Shuichi and his memories, she knows there is only one person he truly wants, even if he has been made blind to it.

But, who she knows him capable of being and the person who Claire brought out, those are two different people. And it is decided that the aggression Shuichi is capable of under Clair’s guidance means they can no longer be part of the group. So, Koyanagi releases them and while Itou clearly has a hatred for what Shuichi and Clair made him an accomplice to, he does nothing. In fact, even Itou agrees it is best for all parties to just stop and no longer be gatherers. Clearly, this is beyond them, and getting involved with Clair and Shuichi likely means getting killed.

How Blind Are You To Your Situation? – Clair, Shuichi

With that in mind, it seems Clair and Shuichi are solo again and with Clair always dancing around the idea of maybe being with Shuichi intimately, or just testing him, she asks to come over with an ultimatum. One that Shuichi doesn’t take well to. However, rather than get angry, we see a much more assertive and forceful Shuichi and Clair loves it since she can see this is the man she created.

However, with entering his dusty and dirty home, she comes to realize it isn’t just Shuichi’s memories but vision that is all messed up. For with cobwebs, dust, rotting food, and a house in utter disarray, it is made clear there is more wrong than given credit for.

Which leads to a confrontation with Elena. Someone who tries her best to keep Shuichi from breaking through the memory block she herself caused, not Uchuujin. One that she may have also used on Clair but that isn’t as clear as what she did on Shuichi.

Now, as for why she did it? That’s a bit harder to say. We do know it deals with what was once assumed to be Honoka’s ghost, which fights alongside Kaito. However, Elena tells us that isn’t Honoka, nor Aiko, but it does seem to be far more powerful than we have thus far seen.

But, what further leads to a bit of confusion is that Elena wiped Shuichi’s memory for multiple reasons. One being that he might have killed his parents, if she didn’t do so, and that the Honoka-esque ghost either combining with him, killing him, or maybe another option, could end the world.

It doesn’t necessarily make sense to us, but it seems the ghost is drawn to strong bonds and Elena’s bond with Shuichi seems to be one which is potentially world-ending so she keeps his mind unaware of it. Despite how much it hurts her to not be with him and love each other as they once did.

It Leaves You Wanting More, In A Good Way

I don’t know if this is the last episode, but I will say if you want more seasons and for people to get hyped, that is how you should end a season. Nothing felt rushed, it had a good build to the reveal, that fight with Elena was awesome, and while it closed some chapters it opened new ones.

Specifically, it really makes you wonder what Elena is hiding and her former relationship with Shuichi. Because clearly she is taking on trauma that we are unaware of. Also, with Naoto asking about Shuichi, it reminds you that Shuichi’s existence is still known. Throw in Elena still having feelings for him? Between an OVA, movie, or additional season, there is so much more to go into and want.

While you get she had feelings for Shuichi, at the same time, his school life was such a minuscule focus that, she became an afterthought. So her tears and all that, are we supposed to feel anything?

“Gleipnir,” in its finale, gives you all the things which are great about it. Flashy fight scenes, an air of mystery, character development, and a sense of emotion.

"Gleipnir," in its finale, gives you all the things which are great about it. Flashy fight scenes, an air of mystery, character development, and a sense of emotion.