Wherever I Look
Recaps, Reviews, and So Much More
Home Anime Big Mouth: Season 1/ Episode 8 “The Head Push” – Recap/ Review (with Spoilers)
Anime 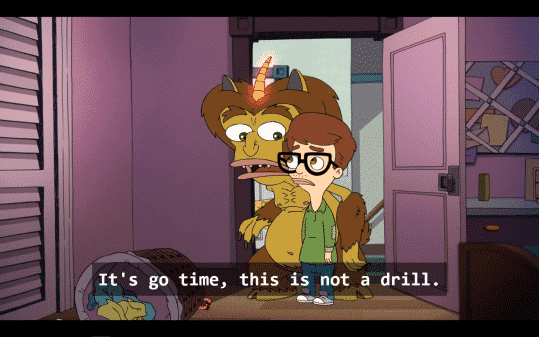 Consent is a big focus this episode as we learn about someone known as “The Head Pusher.”

Andrew is getting along quite swell with Missy and her family. However, what he wasn’t ready for is Missy being so aggressive. You see, after they go to Leah’s party and sneak into her room, she brings up having some 7 minutes in heaven within the closet. Something which goes fine, even the Hormone Monsters, real name Maury and Connie, get into it. That is, until Missy decides to add some grinding into it which makes the make-out session a bit overwhelming for Andrew.

To the point, it leaves the two in an odd place again. One in which Missy feels guilty about coming onto Andrew like that to the point of believing she assaulted him. Nick isn’t that fond of the single life. So when one of the people in Leah’s theater group, Tallulah, takes an interest in him, he can’t think straight. After all, she is a cute 9th grader and he is this 7th grader. But, with Leah seemingly saying nothing but positive things about her little brother, it seems Tallulah has a genuine interest.

Oh, and did I forget to mention Nick gets drunk off something Jay brings? Yeah, add in Nick being drunk and he thoroughly ruins whatever could have happened with Tallulah.

Leading to how Tallulah got her nickname. She rejected Daniel and he made it seem, likely for the sake of ego, she really went to town on him. So, while it probably won’t win Tallulah back, to show solidarity with the girls, Nick pukes in Daniels hat and hands it to Leah to dump on him.

Jessi learns her mom is cheating on her dad, with a woman.

I would be absolutely fine if this show solely focused on Nick’s family. After all, there are famous people haunting the attic, his family is the right amount of weird to stay sort of believable, and even though the siblings don’t understand each other, there is some sort of love there. Like with Jud. That metal head, as mean as he is to Nick at times, maybe also to his sister, did want to see his little brother get off with a girl. Much less, he bought alcohol for his 16-year-old sister to impress a guy and their friends. Really pushing the idea of how actions truly speak louder than words.

I mean, for another example, as much as Leah originally didn’t want Nick to be at her party, notice how Tallulah made it seem Leah made Nick seem cool. Be it sharing photos on social media or talking about him, you get this idea that these siblings got each other’s back. May not want to hang out all day every day, but they still would like to see each other happy and would contribute if asked or needed.

Even when there was no cable and only network TV to watch, I never watched an episode of Seinfeld. Honestly, still have no desire to. However, the gag the episode has which features them in some sort of diner, I must admit had me, for only a moment, wondering if I really missed out on something. 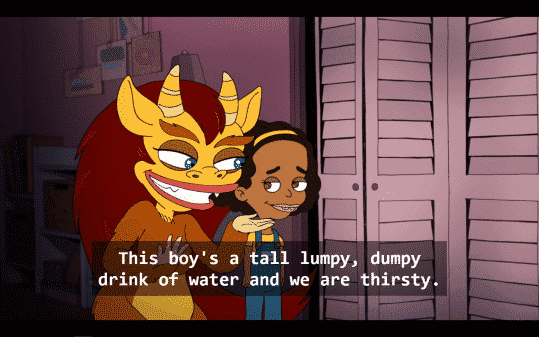 As constantly noted when talking about Jessi, Big Mouth presents a very rare opportunity to see girls in a natural state. Yes, Jessi may fit someone tomboy trope. Yet, not to a T. Jessi may like hanging with the boys, and seems like the type into sports, but she also likes getting dolled up. She wouldn’t mind having a boyfriend, as long as they don’t go too fast, and seems like an everyday girl.

The same goes for the loveable Missy. She can come off like the geek trope but her interactions with Andrew and the gang fight off perception. This episode especially, as she kind of goes American Pie on Andrew. But what makes Missy taking control and being the aggressor something noteworthy, never mind a highlight, is because she does it. Again, and maybe my memory is failing me, you don’t see a huge amount of girls Missy’s age, animated or not, taking initiative and being the aggressor.

For the most part, what we see is guys being the aggressor or the girls wanting the guy to push them up against the wall and so on and so forth. To put it another way, more often than not, we don’t see girls, young women, pick a term, make it clear they are about getting off as much if not more than the guy. So with her trying to get some stimulation without penetration, that was different and new. At least to me.

Jay Isn’t Down For Your Douchery 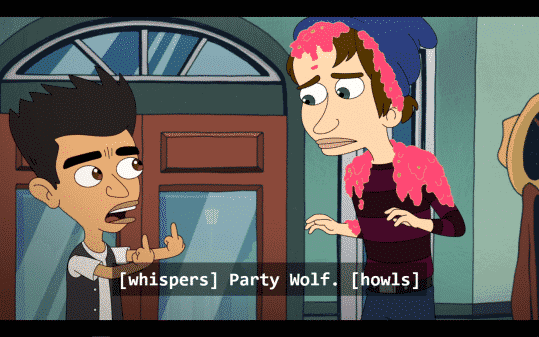 While Jay surely isn’t a saint, you have to love he added in his only little “Screw You!” to the Daniel moment. Much less, unlike Nick in a way, it wasn’t to impress those around him but because he really didn’t like what Daniel was doing. Showing, even after him aggressively yelling at that girl in episode 2, there might be hope his brothers’ abuse might make him a better man than they are teens.

How have you never seen Seinfeld? And why are you recapping a comedy show, never having seen one of the greatest comedy shows of all time?!?! That would be like a vegetarian critiquing a steakhouse.

… Because Seinfeld just didn’t seem that funny to me. I was more of a In Living Single, Girlfriends, Def Comedy Jam type of person. Even when I didn’t have cable it just was something I’d see, and then change the channel. Not to say it is a bad show but just not something which interested me.

It was a rhetorical question to illustrate that a lack of familiarity with arguably the funniest portion of the season so far deflates the credibility of your review.

Kroll/Mulaney have an uncanny ability to point out the hilarity of tv shows, particularly “reality shows” as per most skits on Kroll Show. These Seinfeld cut scenes are genuinely brilliant. Not having that background when reviewing this episode makes it impossible for you to understand the level of hillarity, nevermind relay it to anyone.

That said your review was decent overall. The reason I responded is to try to convey to you how mechanical it is being that the best part of the episode, and incidentally the glue that tied it together and gave it the perfect ending, was completely over your head. Very few episodes (of any tv show) can do what Kroll did in this one and you totally missed it!

Pretty well-written review. I will say that the funniest part of that episode, by far that is, is the Seinfeld mimicking scenes. If you’ve never seen Seinfeld, then you won’t get it, but you should definitely watch Seinfeld. It’s timeless. It’s not as good as it was in the 90s when it was new and fresh, but it’s a great show nonetheless. It was the best comedy of the 90s. And the way they portrayed the characters, their voices, and what they act like and talk like was nearly flawless. It was hilarious. The rest of the episode was funny, but that was the best part of the show I’ve seen in any episode.