Wherever I Look
Recaps, Reviews, and So Much More
Home Anime B – The Beginning: Season 1/ Episode 1 [Series Premiere] – Recap/ Review (with Spoilers)
Anime

B: The Beginning, is very likely to become a new obsession for anime fans, which will make you glad the whole season has been released at once.

In the kingdom of Cremona, there are a series of murders going down. All of which are being done by this being known as Killer B. Now, whether Killer B just takes out criminals, or also the innocents, that isn’t made clear. What is though is that he is amongst some other strangely modified people. Of the ones we see, it seems Minatsuki is their leader. The rest aren’t identified to the point they seem significant – yet.

But, Killer B’s peers aren’t necessarily his friends. They may share an origin, at least in terms of their powers, but with them seemingly hunting him just as much as the RIS, it seems the being is without allies. For between a 10 year removed detective, Keith Flick, and our lead female character Lily, it seems many are on the prowl. Though with Killer B, also called Lohengrin, having a blade for a forearm and alongside wings, needless to say, killing them, or taking them in alive, will be a difficult task. 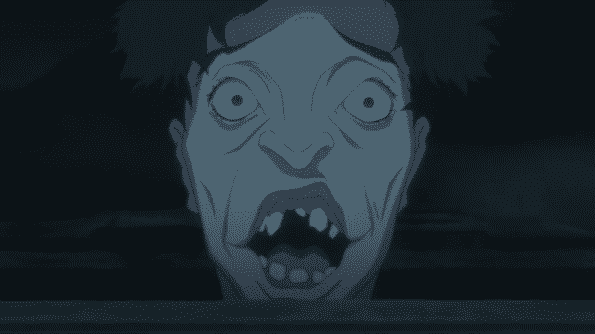 I should note, it isn’t necessarily Minatsuki who makes for an intriguing villain, or even Killer B. They’re adequate, but what really drew my attention were Julien and his brothers. If only because they weren’t your usual pretty boy villains. Unlike Minatsuki and his crew, there wasn’t this idea that they were posh models who, because they are just inclined to be evil or because of something that happened to them, they became bad and decided to get their faces painted or tattooed.

With Julian and his brothers, we saw characters which had physical imperfections and seemed out of place in comparison to most anime. Which makes the fact it seems they are all dead unfortunate, but perhaps it could mean, despite what we have seen of Minatsuki’s crew, looks could be deceiving. Maybe these aren’t your generic pretty boys with bad attitudes or bad girls who look fresh off the runway types.

And hope for the future is added on by how violence is handled with the pilot. It isn’t overdone to the point that it is made to be a selling feature. Yes, the villains do kill people, but it isn’t made into some huge spectacle. It’s done as a ends to a means and because someone got in their way. Though, when it comes to Killer B, it seems he is doing it to draw attention to himself. Seemingly for Keith to seek him out. 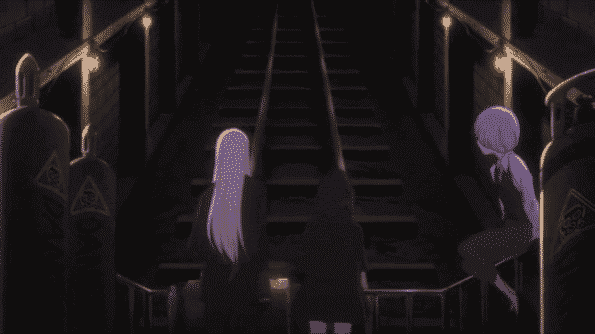 So there is Lily, our lead; Koku, who a part of me wants to say could be Killer B, or Lohengrin; there is Keith, also commonly known as genie; Kaela, who handles intelligence for the royal police, coastal branch; Mario, this blond dude she works with; then there is Brandon and Boris. That is before Minatsuki’s crew. Of which the only one we really get to know is Minatsuki, and Quinn, who dies in the episode.

Out of all of these people, I think I’d only be able to identify 3 or 4, and mind you this isn’t every last character we met. These are just the ones who seemed like they would be important and could have a storyline in the future. There were a whole bunch of other characters but there sometimes comes a point in pilots where you figure, if they matter, we’ll see them again and then realize they’re worth paying attention to. They aren’t just a background figure.

Though the pilot runs through most of the cast quicker than you can figure out who you may or may not like, the show has potential. Primarily because it seems to recognize violence cannot drive a show, and its audience’s interest, to the very end. You need a decent cast of characters to do so. And while, yeah, there is a bit of a generic look to most of the characters, with how Julien and his family were allowed to have messed up teeth and not look like rich kids gone awry, there is this sparkle of hope that more of the show may stray from the beaten path. Genius investigator Keith Flick rejoins the royal police force just as serial killer “B” emerges. Mysterious youth Koku may be an ally, or a target.