With Adachi pulling away, Shimamura takes it upon herself to check-in. Also, Yashiro shows their face!

Not The Only Ones With A Potential Love Affair – Nagafuji, Hina

While Adachi and Shimamura are relatively recent friends, Hina and Nagafuji have known each other since they were little kids. With that comes history and perhaps some explanation as to why Hina likes to grab Nagafuji’s breasts from time to time. Well, what’s the reason? It’s because there is a certain level of intimacy in their relationship firmly established. As well as a dynamic that allows both, primarily Hina, to be comfortable.

The prime example is that Nagafuji has long been accustomed to kissing Hina on her forehead. Yet, with it being some time since a forehead kiss was received, the most recent one leaves Hina a little shocked. But considering there is so much to their relationship we don’t know, it is hard to say if this is just how they express their love or something more. 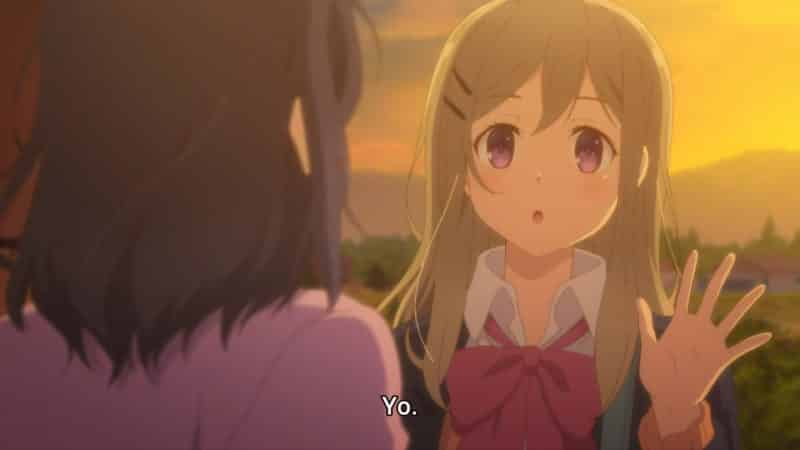 Adachi’s abrupt need to leave paired with missing school is noticed by Shimamura. So, being that she is curious and isn’t necessarily taking well to the vacuum of Adachi’s absence, she goes to her home. This leads to the reveal that Adachi, despite the rumors, likely wasn’t sick but certainly was in bed. And with knowing she is okay, Shimamura relinquishes the desire to take initiative and puts it in Adachi’s hands.

At first, Adachi fumbles a bit since feeling, in some way, pursued was a shock and now being expected to carry a conversation is hard. However, despite how uncomfortable she is with her feelings, she pushes out a request to hang out. Naturally, the request is granted. 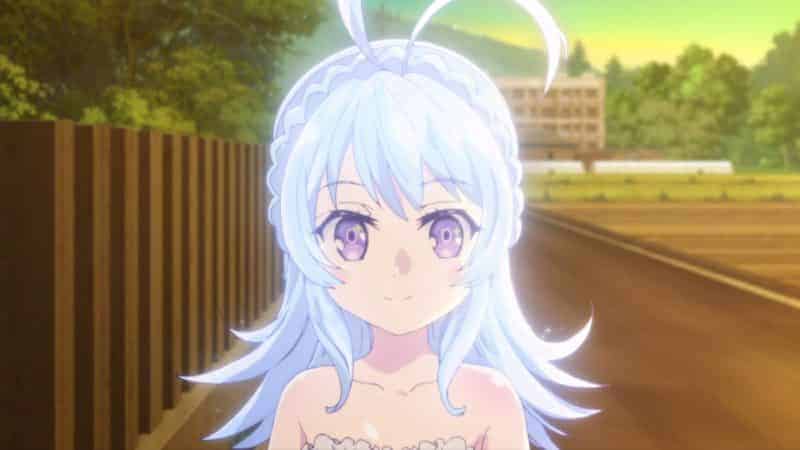 But what wasn’t expected is the recently unsuited Yashiro showing up and making Adachi feel like a third wheel. Though with Shimamura knowing how Adachi gets in groups, she regularly checks on her and lets her know there is no reason to run away, she isn’t forgotten in the situation. This isn’t to say Yashiro doesn’t compete with Adachi for attention, but Shimamura tries to manage both of their needs, even when they get on her nerves. What you have to adore about Adachi and Shimamura’s approach to relationships is that it isn’t focusing on those huge leaps and moments; it’s very much about those little ones that some take for granted. For example, the first moment of intimacy and establishing a routine. Heck, even missing how you showed affection when, be it giving or receiving, it hasn’t been done in a while. You see that with Nagafuji, despite how Hina gets on her nerves at times, missing having the opportunity to just kiss her friend on the forehead.

Then with Adachi and Shimamura, while Shimamura clearly isn’t hurting for attention, that doesn’t mean she doesn’t value certain people’s attention more than others. Like, Hina and Nagafuji are two of her closest friends, but things are different with Adachi – she gets her in ways those two don’t. So perhaps it is better said, Shimamura finds value in certain people’s attention for different reasons compared to others.

Hence her not only going to Adachi’s house but checking in on her when they hang out. This shows they might be at the point where she can feel when Adachi feels disconnected and distant. So in repeatedly noting there is no need to run away, I see you, I want you here, please don’t go, you can see Adachi’s insecurities melt away a bit. Not entirely, of course, but to a certain degree.

Adachi and Shimamura continues to set a precedent in showing yuri without the need for excessive ecchi.