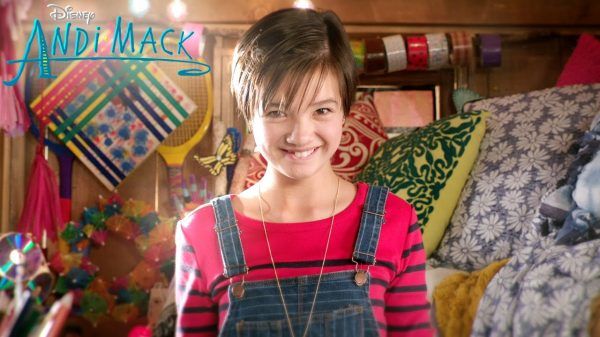 What Girl Meets World started for the Disney Channel, Andi Mack picks up the baton. In its first season, it leads Disney away from the overtly silly characters and makes things more real. Topics which perhaps may have been taboo or for one-off episodes like discovering one’s homosexuality or unwed, possibly teenaged, pregnancy are made as part of the core story. A story which, perhaps for the first time on the channel, is squarely focused on a young bi-racial Asian girl. Thus not only bringing us a step into modern times with story but also in terms of racial diversity.

But that is just the tip of the iceberg.

Table of Contents show
1 Summary
2 Highlights
2.1 Touches on CeCe’s Culture & How That Made Bex’s Upbringing Difficult
2.2 Andi Standing Up For Herself

At the age of 13, Andi (Peyton Elizabeth Lee) is given a strange gift. She learns the woman who raised her, Celia (Lauren Tom), and the man who raised her, Ham (Stoney Westmoreland), are not her parents. They are her grandparents and who she thought was her sister, Bex aka Rebecca (Lilan Bowden), is her mom. The truth takes some getting used to and is complicated by Bex often living her own life and being absent from Andi’s. Something which Celia is accused of having a hand in, but it is very complicated. Though, among all these changes, there remained the question of who was Andi’s father? 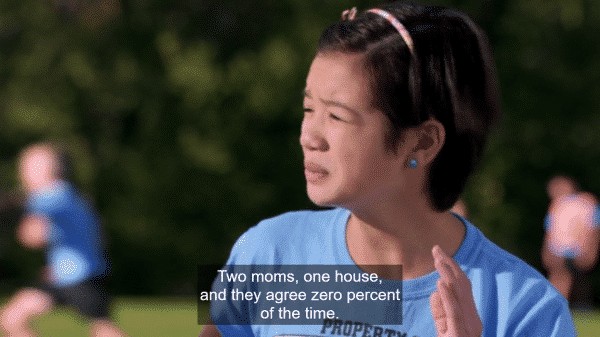 Well, it is a man named Bowie (Trent Garrett). Someone who is as eccentric and as odd as you’d expect for having such a name. He had no idea he was a father but knew something of Andi thanks to Ham. Luckily for Andi, he takes to being a dad quickly though is a bit overzealous at first.

Thankfully though, while her home life has been hit by a tornado her friends didn’t change on her. Cyrus (Joshua Rush) remained this sort of sweet and flamboyant figure and Buffy (Sofia Wylie) a sort of opposite. Someone who can be very aggressive, competitive, but still as loyal as you’d want any friend to be. 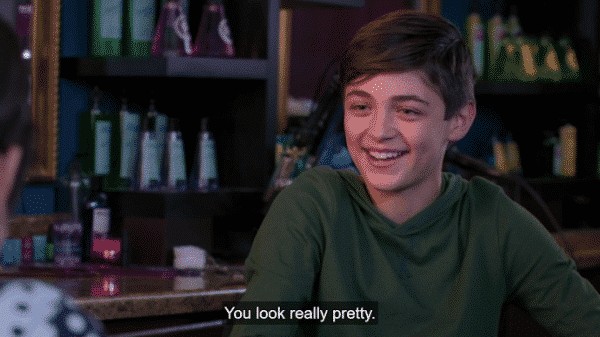 And then there was Jonah (Asher Angel). A crush of Andi, perhaps also Cyrus, he was taken by Amber (Emily Skinner), but that never killed either of their desires. In fact, for sometime Andi adapts to his likes in order to figure out a way to spend time with him. However, by the end of the season, when Jonah doesn’t reciprocate Andi’s needs for him to do something he may not be comfortable with, or like, for her, it seems to effectively end the crush. Well, at least for her.

But the distance seems to make the heart grow fonder and as Jonah remains in his miserable relationship with Amber, who is quite the insecure girl, to say the least, he comes to terms he doesn’t like Amber. Much less, she may not like him. Leaving us with those two broken up and the question of whether Jonah may take the criticism Andi gave him and change to be the type of guy she could at least be friends with. 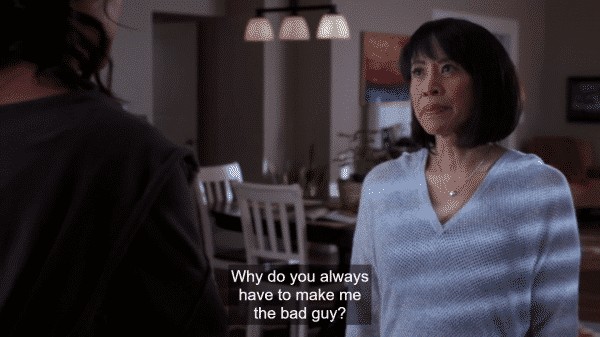 In episodes 6, 8, 9, and 10, it becomes clear Cece or Celia [note]I switched it in the later episodes since I probably forgot her real name vs. what Andi was supposed to call her[/note] isn’t some simply stern mom. Between what she grew up with, to her culture, raising an American child was difficult. Especially in terms of Bex for, unlike how we see Andi, Bex was rebellious.

Add onto that, Celia’s husband is a white man. So, with that in mind, while he may love Celia, he may not get what for her were cultural norms. So while he may act as a mediator, it only puts a band aid on problems. After all, who knows if Celia grew up around girls like Rebecca (Bex)? Who knows what type of relationship Celia had with her mother? I mean, it for sure was a loving one, but was it like how Celia has with Andi or how Bex has with Andi? Was there this ability to gossip and be jokey with her mom? 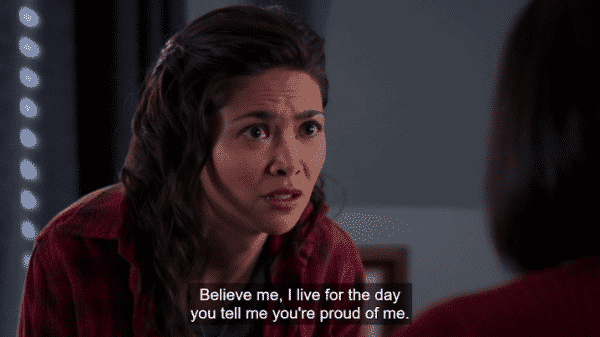 Which perhaps is the key thing you learn from those episodes, not often seen in shows aimed at this age group: The difficulty of being a parent. Something beyond your kid being messy or stuff like that. With Celia, you see the realness of how difficult it is to love a human being who you can’t just let go of because you clash and they are hard to understand. For, at the end of the day, that’s your baby. The one you dreamed about this fantastic relationship with and, while it may not be at that place now, there remains the hope it’ll eventually get there.

Andi Standing Up For Herself

Bex’s influence becomes stronger and stronger as Andi goes from meek and cautious to holding a protest over her school’s dress code. But it is her standing up to and questioning her friendship with Jonah which is most important. If only because, for damn near every show featuring a girl Andi’s age, we see her bend over backwards for her crush. There is an attempt to change themselves, to adapt to fit into his life, but in Episode 11, Andi stops all that.

In that episode, as she protests being, I guess you can consider, sexualized by new principal Dr. Metcalf (Oliver Vaquer), she asks Jonah to join. However, there is no willingness to do so. On top of that, as she comes to his Ultimate Frisbee yearbook picture session, he again doesn’t show support and asks of her to change. Then blows off the whole situation in a way. Thus in one episode, we see what sometimes takes multiple seasons. Andi loses her rose colored glasses and sees her crush as he decides to present himself. Then, showing her maturity, rather than ice him out and leave him in the dark, she tells him why she doesn’t believe they can be friends or may have ever been.