As Buck evolves into Buck 3.0, Eddie might be evolving too as Christopher’s former teacher, Ana Flores, returns to 9-1-1.

One thing you should never say, probably at any job, is the day is boring. You know why? Because this tickles the ears of the Gods and they decide that you noting the day is boring is a wish for excitement. Such is the case for the 118 when a probationary firefighter says the day was boring, and thus the more senior members go through hell. Be it having to do little calls, like a cat, and its human, stuck in the tree, a guy who taped himself onto a billboard, or getting vomited on. It’s one hell of a day.

We Don’t Need Another Hero – Eddie

Despite all that happens, including a live pole dropping on the 118’s fire truck, Eddie doesn’t believe they are cursed or jinxed. He just sees this as a more active day than usual. And perhaps for taking things in good stride, he is rewarded, but we’ll get to that in a moment. 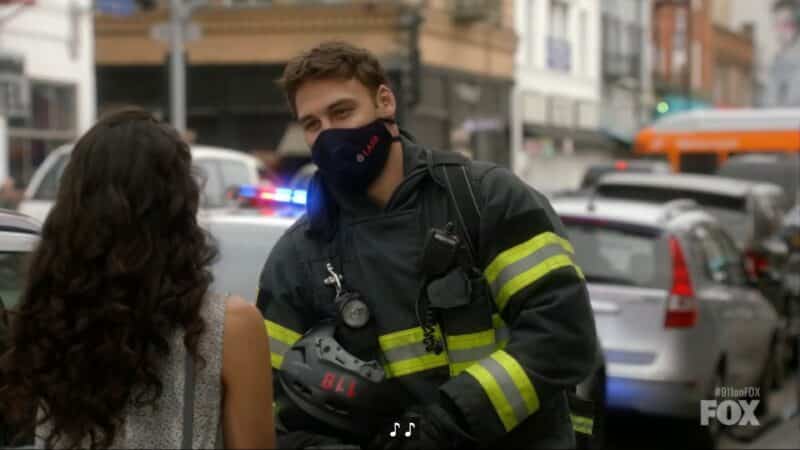 Perhaps the big test of how good of a person Eddie can be is when a man named Brian (Jonathan Patrick Moore) impersonates a firefighter, and a fire captain, even steals the 118’s truck, and yet Eddie stays calm. Heck, he even pushes the narrative that Brian helped or is a hero in his own way. Which no one really agrees with him on, but what else is new that day?

Yet, perhaps the patience and forgiveness was warranted. For with Ana, Christopher’s former teacher, no a VP at another school, appearing, it’s like fate shined its light on Eddie. However, with him not over his wife, it’s hard, this idea of moving on. Which he expects Bobby to understand and support him on, but Bobby doesn’t support him the way he wants.

Rather, Bobby tries to push Eddie to not live in the mindset of the worst day of his life. That, while there is nothing wrong with honoring the memories you shared with someone, you can’t live in a day that is already gone. So, with it having been some time and Eddie really liking Ana, they go on a date. 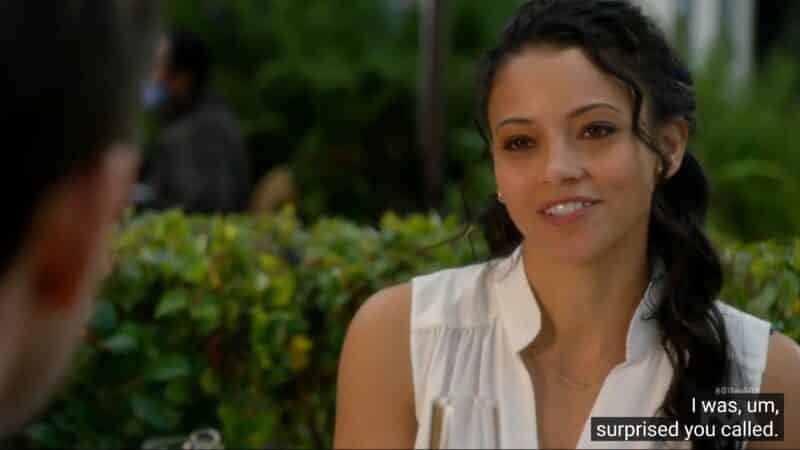 Ana: I was surprised you called.

Now, whether this means she won’t disappear for nearly half a season again? Well, that’s anyone’s guess.

Is it wrong I enjoyed the mad rush of calls being treated as they are every episode, just things that happen from day to day? Be it the cat in the tree, the pool incident, and things like that? It keeps things exciting, zany, and gives a nice rush that isn’t bogged down by these detailed stories of people we’ll never see again.

For think about it, these are firefighters and EMTs. Athena does exist, but she isn’t doing detective work, she is responding to calls. So having that quick action, then focusing on the characters we’ve bonded with, that is when 9-1-1 is at its best.

While Chim, Hen, and even Eddie joked about Buck 3.0, let’s not pretend each time Buck says he has upgraded it is a major milestone. Be it Buck no longer chasing girls, being the hero, or fame or being dangerously rebellious, like he was in season 1. Then, in Buck 2.0 era, which Maddie partly triggered, you got the sense that, with him now feeling like he belonged, it forced him to really explore all the things he was avoiding in his life. Be it his issues with Maddie, his parents, even this sense that, while the 118 became his home, that could be taken from him – hence the lawsuit.

So with Buck 3.0, there is this sense he has really found himself, and while there is likely still baggage yet to be unpacked, the heavy load Buck has been carrying has been dealt with. Making it where, the young man who used to steal the fire truck is gone, the guy who was willing to sacrifice every relationship he had for a job that he couldn’t do the best of his abilities is also gone. Now, we have a young man who no longer fears what he has done and experienced but knows how to tap into that so that he can do his job beyond the major feats it sometimes calls for.

It’s easy to forget since only a handful of characters get focused on each season, all Eddie has gone through. Be it his traumatic missions overseas, losing his wife, absence from Christopher’s life, or even some of the struggles he went through just to find care for Christopher while he worked. Yet, despite so many reasons to be frustrated and him having an arc where he was just angry and fighting for money and release, look at him now. Every reason he could and should get annoyed at work didn’t bug him. A guy even stole the truck he needs for work, yet he was calm, cool, and collected.

Mind you, this is with likely knowing, based on the way the show once talked about budgets, the likelihood of the vehicle being replaced quickly would be slim. Yet still, Brian was given grace, even some form of encouragement. 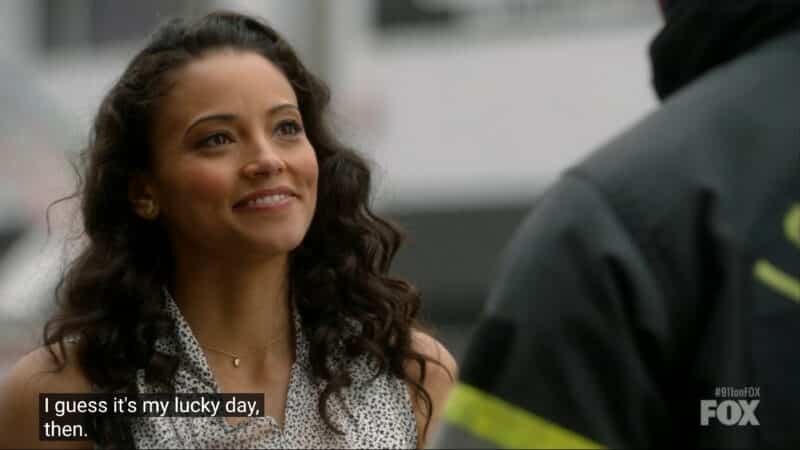 Ana: I guess it’s my lucky day, then

So with that in mind, how can you not be excited for Ana returning? Especially since the writers waited this long despite Ana and Eddie seeming like a match made in heaven. I mean, it has almost been a full year, minus a month, since we’ve met Ana. Eddie may still mourn his wife, but it seems he has dealt with his anger and many of the things that would have been trauma she would have been forced to deal with if he dated Ana sooner. So here is hoping things will be full speed ahead, and there aren’t any shortcuts. 9-1-1 could use a new romance for us to swoon to.