While the Daniel thing remains a bust, exploring Buck and Maddie’s relationship, from 1996 to the present, will have you in tears.

As noted by Maddie, Daniel died at 8, Buck was born when Daniel was 7, and there might have been a motive. In Buck’s mind, he latches to the idea that with Daniel having Juvenile Leukemia and no one being a match, Buck was conceived as a last-ditch effort. However, with the cells not grafting, Daniel died young.

Most of this is revealed in the present-day, for in the past, Buck didn’t know his brother existed. There were clues, like a bike that said “Daniel” as a pseudo-license plate. Also, there was the reaction of their parents that Maddie knew was likely associated with Daniel. However, rather than overprotect Buck, out of grief and fear, Maddie let him be free and tried to guide him the best she could.

However, by 2004, she was in a relationship with Doug, her abusive ex, and Buck decided thrill-seeking got him attention, so he made it a habit to do things that were not only fun but could get him injured. But with Maddie leaving with Doug to Boston, far from Hershey, PA, Buck was left alone. 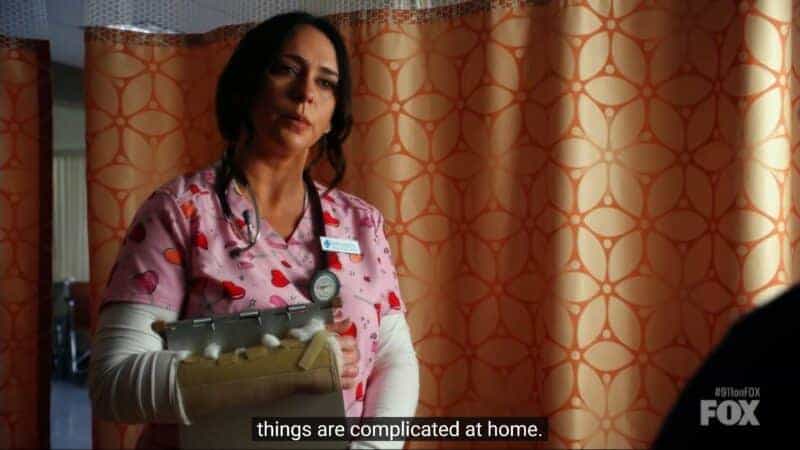 Luckily, by 2012, Maddie was back, and Evan, a former football star, had his best friend back. Someone who could help cover how he was screwing up at the local community college and could make him feel less like the loser he believed his parents saw him as. This leads to why Evan and his parents didn’t probably talk for a long time – Maddie provided him a way out.

At the sacrifice of herself and a means to escape Doug, who was leaving her bruised and bloodied, Maddie gave Buck her jeep. Thus, he traveled the eastern coastline, even went to Oregon and Peru before settling in Los Angeles. All the while sending Maddie postcards to let her know how he was doing.

At 29, give or take, Buck has lived a life where his sister was his only family for a long time until he joined the 118. A place where, despite him getting on people’s nerves and having to receive tough love, he also got the praise that seemed to be absent from his childhood. Add in his thrill-seeking became an asset, not an act of rebellion, and it made him feel loved. For whether it is Bobby, Athena, or Hen, each one, though scared in the moment, appreciate Buck for risking his life to save others. It’s what makes him part of the team and a hero in their, and the world’s, eyes. And it is perhaps through their love he figures out a way to forgive not just his parents but Maddie. Of course, Chim helps, he is going to be Buck’s brother through Maddie’s kid, after all – so he needs that crazy uncle around.

And what helps push Buck over the hill of feeling betrayed? Well, it is not just thinking about himself and what he went through, but Maddie. That jeep was her only escape, and she gave it to Buck. All the while never saying a word and just being happy, he could be happy. Even with him wandering the country and this side of the world. Because, as much as Buck didn’t have the ideal family until now, Maddie gave him all he could want, all he could need, and sacrificed in such a way that can never be paid back. Thus, she is beyond forgiven.

I Can’t Recall The Last Time This Show Made Me Cry, Nevermind Cry This Much

Being that 9-1-1 is mostly about the spectacular of high-risk rescues, it is easy to numb yourself up to certain characters being in danger and worrying if they will survive. After all, Chim had a rebar go through his head, but you’d never know that now. Buck’s leg was crushed by a fire truck, yet look at him run. Bobby beat suicidal thoughts and his past addictions, and Hen beat the odds despite the sexism and racism. Never mind the grief of accidentally killing someone. So when it comes to 9-1-1, rarely is there ever a need to fear a character won’t make it just because the call they are on sounds rough.

However, like most shows that have a multitude of guest stars, when you set the calls, the cases, the rescues aside, and the show hones in on the people doing them, you get re-invested. For with Buck, one could submit between Eddie coming on board, Chim and Hen getting developed, and after his character stopped dating, he was put on the backburner. The once wild superstar still had his daring rescues, but as a person? Buck outside the uniform, he was mostly Maddie’s brother, the baby of the 118, and through maturing, he got kind of quiet. But in this episode, it is almost like traveling through what Buck surely has been recounting in therapy. Be it, Maddie, playing a surrogate mom, since Margaret was in a constant state of mourning. Then with Philip, him trying to balance caring for a person grieving their eldest son while trying to build a relationship with his youngest. Which, yes, we don’t see a lot of, beyond pizza and treats, but unlike Margaret, it seems Philip did make an active effort.

Granted, it isn’t clear if that continued once Buck wasn’t a child, and he chose more and more risky activities. But there did seem to be a time that Philip did try. That, despite the loss of one child in the physical realm, it didn’t mean the end of pursuing a relationship with the son that was ready and willing to be loved.

Yet, it seems, no matter how much Philip did or didn’t try, it wasn’t enough or just didn’t compare to what Maddie gave as a loving, supporting, and open-eared family member. Which pushes you to understand, as unfair as it sounds, why Buck felt betrayed. He was able to pour every worry, fear, and joy into Maddie, yet she kept it all hidden from him. She didn’t tell him about Doug for damn near a decade. Their brother? For nearly three decades, she held that secret and let Daniel’s existence be lost amongst hushed memories.

Which leads you to think about the side effects. Buck traveled the country looking for the love he didn’t get at home, that sense of belonging, and his purpose. And when you consider who Buck was when we met him to who he is now? That was one of the reasons we cried so much. For I don’t think, after this many seasons of a show that usually pushes out 18 episodes a season, you get opportunities like this. By this time, we know mostly everything we need to know so to find an extra layer, it is a gift. It drives you to feel some sense of ownership for being there during the best and worst moments of a character’s life and the fact you saw them survive and become better? The pride is immense and overwhelming. 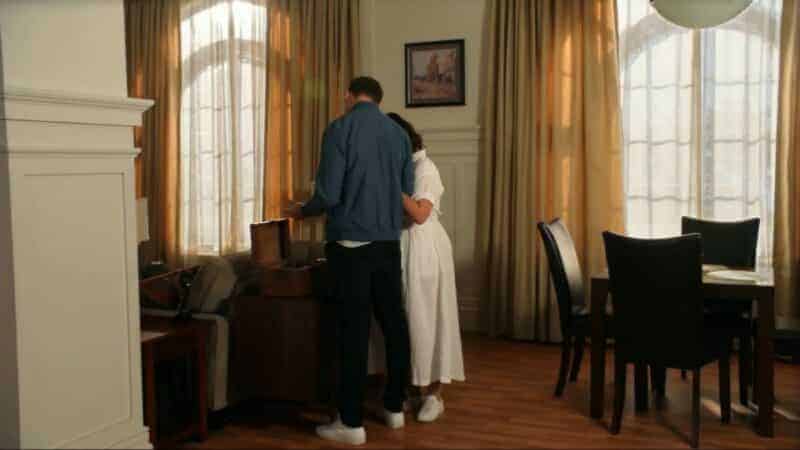 With all that said, we can get mad that it usually takes a “- Begins” episode to feel this way. Not to say the average episode is bad, but they are mostly forgettable. Each 9-1-1 call feels increasingly forgettable, no matter the circumstance, and since this show doesn’t believe in death or long-term injuries, it’s easy to not care since you don’t foresee anything real happening. At worst, they’ll slow down, be put on light duty, and fuss a lot about it, but that’s it.

So here is hoping 9-1-1 doesn’t continue making these “- Begins” episodes as the sole reminder that the show could present us so much more but simply chooses not to.

I Can't Recall The Last Time This Show Made Me Cry, Nevermind Cry This Much - 89%

9-1-1 presents the reminder it could be far better than it often is.