Love is in the air in such a way this episode that it almost makes you forget that it isn’t February in real life or in the show.

Table of Contents show
1 When There Is No Need To Be Bitter: Glenn, Michael, Athena, Bobby
2 Buck 2.0: Taylor, Buck, Ali
2.1 Commentary
3 I Think I’m In Love Again: Maddie, Chimney, Buck
3.1 Commentary
4 Highlights
5 On The Fence
6 Follow Wherever I Look on Twitter, Like us on Facebook and Subscribe to the YouTube Channel.
6.1 Check Out Other TV Recaps

When There Is No Need To Be Bitter: Glenn, Michael, Athena, Bobby 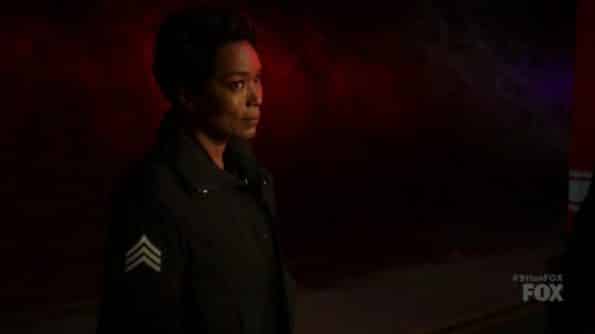 After a long day dealing with a woman holding an entire freeway hostage, there is a bit of a debate about whether it was romantic. Unfortunately for Athena, it is with her family, Bobby, and Michael’s boyfriend Glenn. But, with Glenn agreeing with her, complimenting her wine choice, despite the awkwardness of her husband’s boyfriend popping up, she enjoys herself. Plus, with the kind of man Bobby is, it seems she has moved on from feeling a certain kind of way of Michael using her for a beard.

Buck seems to have officially let Abby go and is getting back into the dating game. However, with meeting up with Taylor, the newscaster, he finds himself drifting back to his old ways. Something which comes with ease and Buck is a bit upset at that. Mostly since he thought Abby permanently changed him.

But, in the long run, he realizes that part of the issue is Taylor. Winning Abby wasn’t something which came with a few old tricks. So, when Ali calls him, the girl from the earthquake, with the Weinstein-esque boss, though there is hesitation, he takes the call and they go on a date. For with it being made clear this isn’t some hero fetish thing, he feels more comfortable. Like this is more than social niceties before a booty call. 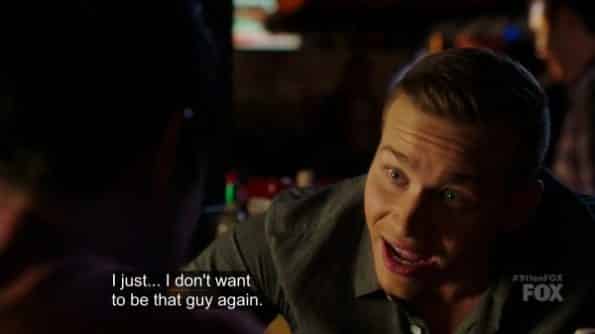 Buck: I just… I don’t want to be that guy again.

Why do I feel like there are negotiations with Connie Britton, in the background, for a surprise visit? It seems bound to happen sooner or later right? I’m talking, Buck being fully in love with Ali and then Abby calls and he is sent into a tailspin.

But, one thing which sure as hell better not happen is Buck ending up in a love triangle. I get Taylor has this edge and excitement to her, but Ali seems like a more appealing match. You know, something to ground Buck the way Karen grounds Hen, Maddie grounds Chimney, and so on. Someone who brings a sense of normalcy to a life which often is in a battle with death and madness.

It seems since their movie date, Maddie and Chimney have grown quite close. They are texting all the time, creating routines like Buffet Friday, and basically being a couple without titles. Which, when Buck points out they seem like a couple – well, it makes things awkward. Yet, being that we’re dealing with grown ass people, when Chimney realizes that comment has made Maddie distant, he checks in.

Granted, he does so at her job, which was inappropriate, especially since he seemingly has never been there, but it’s not like Chimney has a lot of options. So, in slight desperation, he chats with Maddie and it seems they’re cool. Also, while she is still working on certain things emotionally, there is a chance for them in the future. 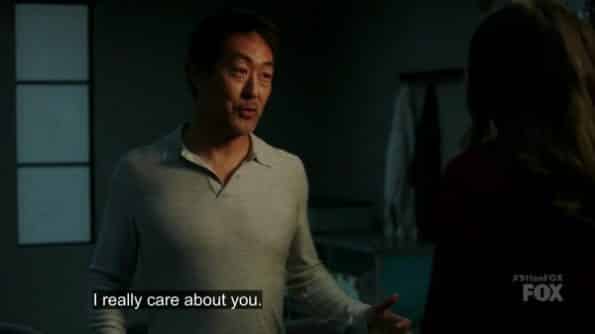 Chimney: I really care about you.

To be honest, I’m glad the show is taking a little break for this episode a bit felt ho-hum. Not to say I don’t appreciate Athena’s life losing its drama, Buck moving on, and Maddie being in the process of doing so herself. It’s just, after a while you get so used to the 911 calls they lose effect and while the couple at the end got me teary-eyed, that was only because there was a real investment made.

Making me wonder if the show should do that more often? That is, go back to building up to the tragedy rather than just popping us in, for a lack of a better term, like with the married couple in the car crash. For if there is one issue this episode has was it lacked heart. Not to say it doesn’t have and short love, like the old gay couple, but so much has become routine on this show. A problem most shows like this have so it is to be expected. After all, there are only so many things you can put a person through, professionally or in their personal life, before your ability to suspend disbelief is eradicated.

So here is hoping during this break the show has, we can recover from the drama and 911 calls so that we can get that sense of urgency again. Maybe the 911 stories have some oomph so that it doesn’t just feel like a random story someone saw on their Google or Apple news feed. Then, in terms of the personal lives, as it becomes clear old chapters are closing, let’s hope these new chapters mean growth and not just new drama that seems made for TV.

I disagree on your review, as I thought it had plenty of heart. Actually, heart/love seemed to be the theme of the episode and the montage brought this into focus nicely. There seems to be a debate on how people like to watch the show – more drama, more high intensity vs. heart-warming and sweet with enough emergency to make it interesting. There were great moments in this episode throughout, and I just don’t understand how one week of couples being too sweet or whatever negates that. The elderly couple was both sweet and also heartbreaking for instance.

Some of your comments trailed off with no end to your sentences, by the way.