In the finale, after a bombing spree, many characters find their lives changed forever. One for the worse, many for the better.

While there is a bit of a bomb scare going on, and even after, the members of the 118 are just living their lives. Bobby and Athena are planning their wedding, listening to Harry negotiate his role since he doesn’t want to wear a tux or be a ring bearer. As that’s going on, Buck is getting a bachelor pad which makes it seem that while the budget for the fire department is strained, Buck’s paycheck is not. Also, Hen and Karen, after the bombing, are talking about having another kid. Especially since Karen has a remote job which may pay less than her last one, but gives her the ability to work from home. 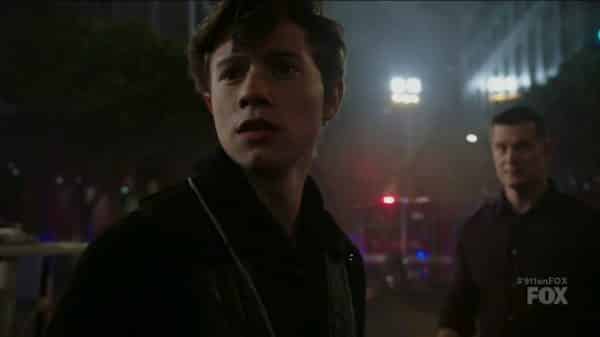 However, for Buck, his plans change. Thanks to Freddie, who we met in  Episode 16 “Bobby Begins Again,” the son of the man who committed arson, Buck’s calf gets crushed. I’m talking needing rods and screws, your bone is dust, kind of crushed. Which does lead to Carla showing up, and Maddie, also the girl from the earthquake Ali, who seemingly is his girlfriend. However, while Maddie and Carla are supportive and what Buck needs, Ali is only until it becomes clear Buck wants to get back to work. Leaving him, and us, unsure what may happen with this relationship that has long since been forgotten.

But before we move on, we see Eddie post-wake of his ex-wife and his family making it clear they are worried. With the job he has, and the needs of Christopher, his father’s side seems to question if his mother’s side can handle it. Lest we forget, his mom got a few health issues and keeping up with Christopher isn’t easy. Yet, it seems Eddie, with him almost being off probation, doesn’t want to go nowhere.

And for good reason too. For after Bobby dealt with Freddie, being the kind of hero who wants to get himself killed, he is reinstated and that gives him the honor of promoting Eddie. Which is a sweet moment for all, and maybe a bit bittersweet for Buck. If only because Eddie was in the same accident yet, he can go back to work. 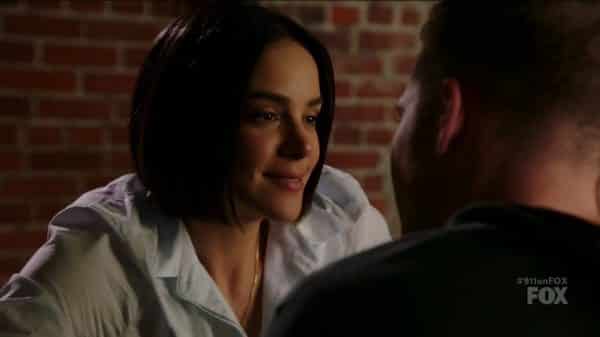 Meanwhile, Buck’s girlfriend seems to be the one significant other who may not be able to handle his job. Though, to be fair, even Maddie is kind of questioning Buck wanting to get back to work as soon as he can – if not being a firefighter period. However, as Buck made clear in season 1, there isn’t a lot he is good at or which makes him feel useful. So being a firefighter is it for him.

Setting Buck aside though, we do get some fan service. Chim and Maddie seemingly are going to pick up where they left off, and Athena and Bobby decide to elope. Making it so, outside of Buck’s injury, things end on a rather happy note.

A Lot Of Fan Pleasing – In The Best Way Between slapping Bobby and Athena’s wedding at the end, Maddie and Chim being cozy, and Bobby reinstated, there was a lot delivered that I’m sure people wanted to see. Which, for many shows would be eye-roll inducing, but with how 911 does show how dangerous each cast members’ job is, it makes it so you not only forgive characters getting what you want but think they deserve it. Especially Chim since that man hasn’t known happiness in who knows how long.

Frankly, there aren’t a whole lot of Black lesbian couples, so seeing them happy, Karen getting a new job, and talking about having another kid, that was cute to me. Also, it’s nice to see Hen off work and not trying to bolster a co-worker up sometimes. While I love seeing her save people, what makes her one of the best characters on the show is her personal life is as enjoyable as her work life. To the point that, as said when she had her solo episode, she could run a spin-off with no problem.

Sidebar: Rob Lowe has one in the planning stages which I guess means this is going to be franchised – with Lowe’s taking place in Texas. Meaning Eddie, who is from Texas, might be asking for a transfer like his father recommended he does. Appreciating How Dangerous It Is To Be A First Responder

While we saw earthquakes, mudslides, bombings and more, what I don’t think we’re pushed to appreciate enough is how scary for someone’s significant other the job is. Ali really pushed that to the forefront since Bobby and Athena, both are in the first responder field so doing crazy stuff, and dealing with crazy people, is normal. Karen and Hen have been together so long Karen is probably desensitized to it, beyond when Hen could have died in the earthquake episode. And as seen with Buck in season 1, if you are not serious with someone, being a hero, a daredevil, could be a major turn on for some people.

Yet, with Ali, we’re reminded how hard it must be to really date and get to know someone if they are willing to risk their life on a regular basis. Much less, with Buck, we are getting to see what was touched upon with Chim – the idea of being able to do nothing else. For unlike the rest, Buck is a young guy and I don’t think he has worked in another industry or had a job he liked, never mind loved, previous to working as a firefighter. So seeing him injured, with it being clear him going back may not be likely, it’s almost like watching a wrestler who can’t perform anymore. They only know one thing, see themselves good at one thing, believed they can only be employed doing one thing, and without that, there is the need to question what else can they do? Not just for a rush but a living?

Um, Where Has Ali & Carla Been All This Time?

Being that Ali seemingly travels a lot, I get why we may not have seen her much. Yet, considering how long Buck was talking about Ali, pretending he was talking to her, they couldn’t have had him speak to Ali every now and then? Also, considering how much Carla did for Eddie and Christopher, you telling me she is just now popping up? Heck, considering Carla is also Buck’s only friend who isn’t a co-worker, you’d think when Maddie got attacked she would have been there for support. But I guess, like Ali, she was too busy to make her presence known. 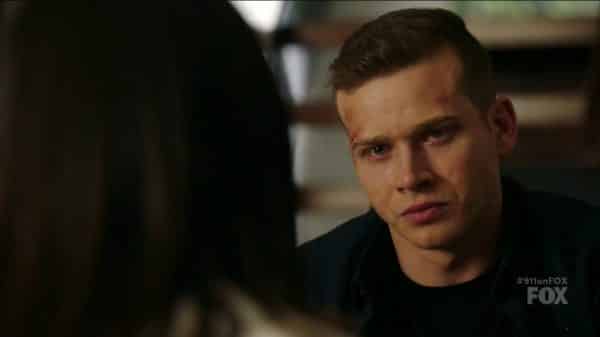 This is a really good question, isn’t it? Since Chim’s multiple injuries feel downplayed don’t they? A rebar through the skull yet we don’t see any motor issues or anything like that. Multiple stab wounds, which took him out of commission for months, yet we still see him, with a handful of other people, trying to lift a fire truck off of Buck’s leg. So will Buck superman through these injuries and they just become a fun story like Chim’s?