With a season 2 renewal, it seems 9-1-1 isn’t going to just skate through the rest of season 1 but prove itself to naysayers.

What To Do About Pat?: Abby, Pat, Matt, Buck

With it being Pat, Abby’s mom’s, birthday, so comes the question of how to handle her Alzheimer’s in the future? For, once again, someone looks at Abby’s life, in this case, her brother Matt, and they bring up Tommy. On top of that, Matt calls Abby as a saint, but not as a compliment. And you know, it is one things where, if it is just one person harping on it, but two, maybe more considering we don’t know Abby’s co-workers at her job, it plants a seed.

One in which, since their relationship is evolving like that, Abby checks in with Buck to see how he feels. Which, with what happens to Chimney this episode, he isn’t for the idea of abandoning family. Even upon hearing Pat’s situation. So, with one person validating the commitment she has made, and of course, Carla being a godsend, it seems Abby will continue to tough it out. Pat is, after all, her mother.

You know what, I sort of feel like it is good we have been given Abby and this storyline dealing with Pat. On one hand, it makes Abby the grounded one. She is the one not doing “The Maneuver,” climbing up roller coasters, and ultimately is normal. Abby gets to be down to earth. But, also, at the same time, her relationship with Pat helps setup Tatiana and her decision when it comes to being with Chimney.

They Done Messed With The Wrong Family: Athena, Michael, May We come to find out May did not commit suicide over her dad. It was because her former friend Georgina and this other girl Laila have been bullying her. But, with the attempt done, it complicates a lot of things for Athena and Michael. First off, now child protective services are now in their life and have to investigate the cause. Oh, and on top of that, Athena got to meet Michael’s young and trim boyfriend. Which of course makes her mad as hell but right now, Athena is going to redirect her anger at those two girls. Of which she decides to get a real-time view of. However, it isn’t clear what she may do next.

I’m so glad they didn’t go the direction of putting this on Michael. Yet, I do wonder how they will handle this bullying storyline, including child protective services being in Athena’s life. As of now, we haven’t really seen Athena interact with her colleagues at the station. It seems, based on her having some friends in CPS, she is well-liked, but also it seems noted that whoever this CPS counselor is, she is familiar with cops in situations like Athena. So it does make you wonder if rumors may start floating around.

I mean, even if Athena has some friends, we’ve seen how she can roll so I’m sure she has some enemies too. So between this CPS issue and likely, sooner or later, someone seeing Michael on a date and that getting around, expect Athena to go off and probably get in trouble for it. Though considering what two little high school girls pushed her baby to do, let’s not discount her doing something at the school which doesn’t raise an eyebrow.

For, you gotta admit, it seems like Athena is ready to blow off some steam and doesn’t have a lot of outlets. As we have seen quite a bit, when it comes to daredevil and heroic stuff, usually Buck gets put front and center. Something which Chimney strangely complains about, despite half the time being scared for one reason or another and passing the buck. But, so it seems, with him selling to Tatiana he is this big time hero who saves the day, can cook, and is the total package, he needs some truth to his lies. Especially since he decides it is time to ask Tatiana to marry him.

Which leads to him being softly rejected. Not because he isn’t a great boyfriend, but Tatiana makes it clear that she might not be the marrying type. After all, she cheated on her last fiance – a week before the wedding. So, needless to say, her record isn’t all that great and she doesn’t want to repeat past mistakes.

And yet, she finds herself in an odd predicament. You see, after Chimney gets a bit heated with Bobby over him being a bit too frank about his relationship with Tatiana, him not getting to do things like “The Maneuver” and shutting down when it comes to Bobby not sharing, he causes and ends up in an accident. The kind which comes straight from a Final Destination movie. I’m talking about:

Yeah, a metal pole goes right through the back of Chimney’s head through his forehead and after it is removed, he gets placed in a medically induced coma. Which, because he thinks it would help when he gets out, Bobby tries to convince Tatiana to come to the hospital and be there for Chimney. This is utterly denied. If only because, Tatiana realizes, once she steps into that room, she is trapped – possibly forever.

Thus leaving Bobby to, with Buck and Hen, just go without her and show Chimney their support. Which, though he can’t do much than squeeze Bobby’s hand, you can tell he is happy they are there. For with his parents all the way in Seoul, Korea, they are all the family he has. 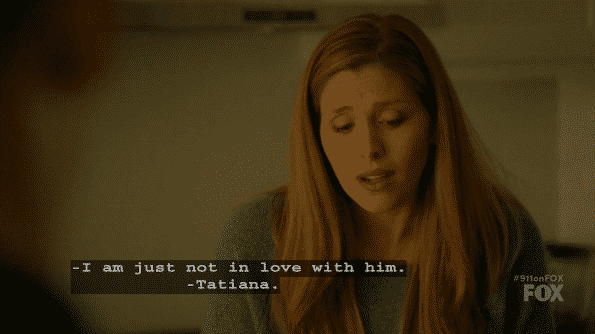 Let’s touch on Tatiana real quick, I loved that she never went to Chimney’s bed. It gave us that sense of realism which helps a show like this keep its balance. It’s like when the two people died in the last episode. Having them die and Tatiana reject Bobby’s plea shows that things won’t always turn out okay for our lead actors.

But, going a bit further, I also appreciate Tatiana speaking frankly and making it hard to really judge her decision. Think about it. You aren’t sure if you love someone enough to be there for them through what might be a rather tough recovery. On top of that, it is unclear if this person will allow the relationship to downgrade to a friendship. Not to forget, people he associates with not judging her for being there but basically moving on with her life. To say the least, I do not envy the position Bobby tried to put her in at all. Yet, I loved that she held firm. Especially with us seeing Abby being touted as a long-suffering character. So I would hate for them to add another woman on here who seems absolutely miserable since she puts someone else before herself.

Tatiana aside, I do wonder how they are going to handle Chimney and his recovery. While he is doing quite well, all things considered, you know between motor functions and speech, he will never be the same. Also, with him not being injured on the job but it being his fault the accident happen, how will that play into things? Does his job still cover it, even though it isn’t a workman’s comp (or something similar) kind of situation? Also, him swerving about on the road got other people injured, not just himself. So does this mean on top of his recovery, he has to deal with people suing him? Granted, there was an object in the middle of the road, but it seems everyone else went around it but him. Mostly because, he was distracted.

And the episode sort of sidesteps all these problems to focus on showing Bobby’s team as a family but I do hope, in the long run, this isn’t pushed under the rug.

Not Every Woman Believes In Long Suffering

Abby and Athena are both in situations where they are willing to put their own happiness, a sense of emotional and perhaps mental peace and fulfillment, on the side for others. Abby for her mother Pat and Athena in terms of her kids, and even perhaps her marriage. Yet, Tatiana put her foot down. She was not going to be coerced into doing something which did not benefit her. And yeah, it may seem selfish, among other things, for surely her and Chimney have been together for awhile, but it is nice to see the woman in the position of seeing a drastic shift coming for a relationship, and deciding she is not willing to just deal with it. 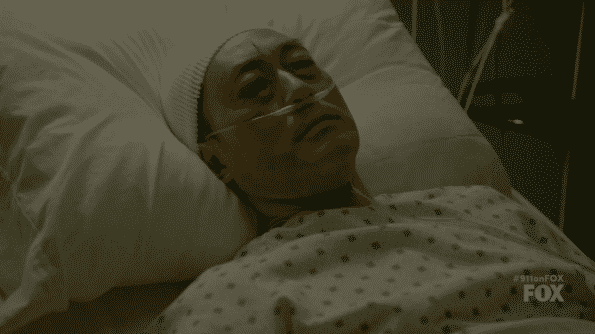 Honestly, Chimney’s accident brings some mixed feelings. On one hand, there was an object in the road, so what can he do? Yet, on the other hand, it wasn’t like he wasn’t aggressively driving before that and there is also the issue of, other people got around it without a problem. Why did this once guy end up having to take evasive maneuvers? Also, while I know insurance would cover him getting a pole stuck through his head, or at least I think it would, there comes the whole complication of how to handle that situation and what comes after?

It has been made clear Chimney can still hear, can at least use his right hand, and seemingly has some of his memory of recent events. Yet, with the show having about 6 characters to feature an episode, including guest stars in accidents, how much can they fit of Chimney? Especially considering he was a two-bit character until this happened.