Wherever I Look
Recaps, Reviews, and So Much More
Home TV Series 9-1-1: Season 1/ Episode 10 “A Whole New You” [Season Finale] – Recap/ Review (with Spoilers)
TV Series

The season finale of 9-1-1 ends with a bit of a shocker, but not the kind the show is known for.

Come Home To Me: Karen, Hen

With Athena’s note about how the affair could have been a result of an issue that existed long before the incident, Hen finds herself slightly questioning what may happen. She loves her wife but there is this feeling that maybe she has changed? Though, after thinking it over, she realizes that, even if she did change, she still loves her wife and wants to work things out. So, she confronts her in a parking lot, speaks her peace, and is thankful when she returns home days later.

Hen’s storyline sort of felt anti-climatic for a finale. Which is a shame since with there being so few Black lesbians, especially in a relationship together, there is this wish we would have seen and heard the grandest of gestures. Something so romantic that it pushed you to wanna take notes. I mean, it isn’t like Aisha Hinds isn’t known for putting on an epic performance. Surely, they could have given her something juicy to mark this being the season finale.

Patricia is dead and with that, Abby has to rediscover herself. A process began by Buck finding she was an Olympian swimmer, seeing her mom’s passport, and then it appearing Buck was cheating on her. Long story short, a heavyset man, who lived in a small trailer, was using Buck’s Facebook picture to catfish young women and with his death, it seemed like he ghosted them. Leading to many coming to the station to tell Buck off, some throwing drinks in his face, and making many question if Buck is back to his old ways.

Yet, luckily for him, Chimney helps him track down the guy and handle the situation. But, things don’t end all gleeful for Buck, per se. With Patricia gone means Abby is now free to do such things as travel. So she decides to book herself a trip to Ireland, a place her mom always said she wanted to go, and she promises to return real soon. Though, considering Connie Britton only had a one year deal, it isn’t clear whether she may be in for season 2. 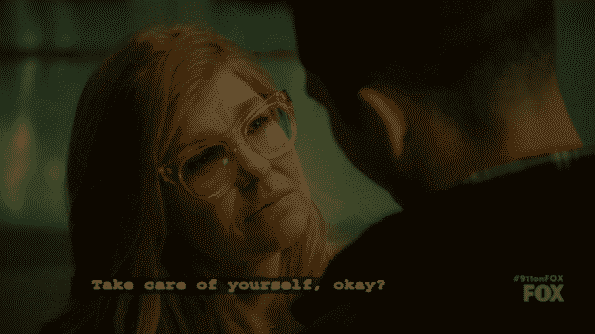 Again, anti-climatic and considering the news of Britton having a one year deal, between Buck being a supposed cheater to now this trip to Ireland, it seems like the opportunity was presented to write her off easily in case she didn’t want to come back. But, really, would that be so terrible if she didn’t? I get many people are fans of hers, and I don’t have anything against her, but there was something disconnected about her character.

In comparison to Athena, it wasn’t like she easily meshed with most of the character and had her own sort of relationships with them. Outside of Buck, she had her own storyline with Patricia which honestly made it seem like a failed pitch got slapped onto the show. Plus, taking note from the article linked above, they are also adding more characters and having a 16 episode season for season 2. Considering, at least for me, how underwhelming Abby could be, why not just focus on new blood and, again, treat Abby as someone who pushed Buck to grow up and stop being a whore?

Bobby has finally decided to throw away his little Black book and rejoin the dating world. In fact, he is on the same site Buck’s catfish person was using for those who like a person in uniform. However, with him seeing a man named Kenny, a father and husband, cut in two, it seemingly led to what may be his next relationship.

You see, after witnessing Kenny as he was, listening to him talk to his young son, Bobby needed to go to church and Athena came to support him. They got to talking about religion and it seems they really hit it off. Add Michael has the kids so that isn’t something for Athena to worry about and then you have a date night. 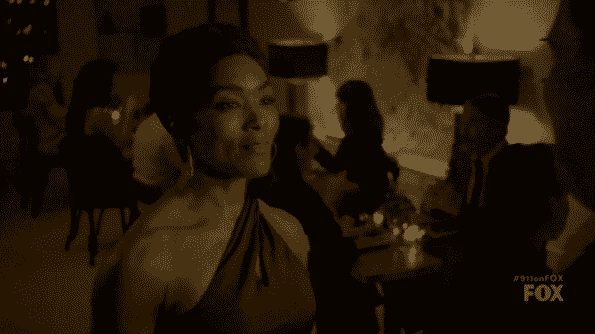 It is just weird to me that a show which had a rescue mission featuring a plane crash and such thrilling 911 calls did end with something graphic, but not hard hitting. I mean that in terms of the situation not really pushing for a teary-eyed moment or even making this Athena x Bobby thing more jaw-dropping. For, don’t get me wrong, it is a bit of a surprise, yet at the same time because the two barely interact there comes this sort of vibe that it came out of nowhere.

Yet, all things considered, with them often in emergency situations, when would they get the time to talk and what about – besides the situation? Plus, with Athena being friends with Hen, she is more than likely, after checking with Bobby, heading over to her. But you know what sucks the most about this? Bobby hasn’t really shown us he is ready to date by going to therapy and with him going to church 3 – 4 times a day and still contemplating suicide before, that didn’t help much either. So him dating Athena seems almost like a bad idea since she is just looking for fun and sex while Bobby is still very much damaged.

And yeah, he threw the Black book away but we’ve seen how people with depression are. A few good days then they think it is over but then a trigger like Kenny sends them back down the rabbit hole. Add on Bobby isn’t much for talking about his issues and boy does Athena have an issue. One you know she is going to make awkward for Hen when she eventually reveals what she has going on.