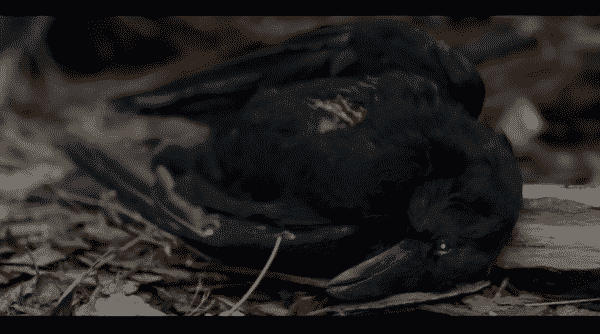 As Olivia and Andy take the stand, and everyone deals with the tapes coming out, we get an update on Skye.

You Can Only Do But So Much: Skye, Clay

With Skye just now getting phone privileges, since they usually isolate you from any and all triggers in mental facilities, she knew she had to call Clay. Thus leading him, with the quickness, to see her and check on her. Leading to her revealing she is good now, has come to terms she is bipolar and that they have seemingly calibrated her meds.

Which, of course, makes Clay wonder when she is coming back but she isn’t. She is going to live out of state with her aunt and uncle and of course that devastates Clay. How can he help or save her when she is far away and recognizing the sensitive guy she is dealing with, she reminds him that the way he wants to help isn’t always the help someone needs. Also, despite letting him go it doesn’t mean she doesn’t love him.

In some ways, everything relates to Hannah and I wonder sometimes if Skye’s storyline is an alternative to what Hannah’s could have been. Like, if Olivia discovered Hannah sooner or maybe someone took that warning sign and told the school or Olivia and something was done. Because, while I’m not a medical professional, clearly Hannah wasn’t just going through puberty but something beyond that.

But, another thing I feel must be noted is Clay’s comments about Skye taking medication. Part of the shame in saying if you have a mental illness are comments dealing with the drugs changing you, supposedly for the worse. If not making you not be you. However, as Skye notes, the person she was, especially in the environment she was in, it did not work. For those periods of mania, when she was pulling a Wedding Crashers on Clay under the table, and then flipping out the next? That wasn’t just teen girl going through a lot. What was happening was a teen girl who was struggling with a mental illness and riding the rollercoaster and constantly feeling like she was cliff diving.

With seemingly the whole school hearing the tapes, now the group on the tapes have become social pariahs. Particularly Bryce. For with Marcus still being blackmailed, likely by Tyler, it’s decided that the christening of the baseball field is when to call out Bryce as a rapist. Mind you, this isn’t the first time that is done that day. On the loudspeaker, Bryce’s confession is played and it is clear his mom feels the possibility that her son is a rapist is valid.

But, as Bryce gets flack for the accusation, Jessica is now dealing with Clay deciding to take control of her story and release it to the masses. Which, considering she has only but begun to make baby steps towards normalcy, it seems to knock her right back to square one. Luckily for her though, in a similar manner to how Zach supports Alex on the sly, Chloe does for Jessica by marking out all the mean things said about Jessica. Yet, like Zach, not confronting Bryce directly.

Oh, and speaking of Zach, he roughs up Tyler for thinking he is stalking his little sister which Tyler claims innocence over. Also, despite the tapes coming out, Mackenzie surprisingly is still on for their date and Cyrus is cool with it.

With Bryce coming up to stand as a witness, this whole fiasco is going to make for such a good trial. Because, oh my god, imagining Sonya up against Bryce? Can you just imagine how brutal that would be? Especially because, let’s face it, Dennis may be a nice guy but he has been on the ropes this whole trial. So clearly the Bakers, if they win against the school, it is more out of sympathy than Sonya not being good at her job. Much less Dennis being good at his.

With that said, I hope Jessica smacks the mess out of Clay when she finds out what he did. Because him treating her like collateral damage to get justice for Hannah and try to force Jessica’s hand was such BS. But, as said in the majority of the recaps going back to season 1, the Clay in the books and Clay in the show barely seem like the same person. For just as much as seeing and learning more about Hannah has complicated her portrayal, actually getting to hear Clay’s feelings and see him in action has made him less of the boy who never got his chance, who is mourning and dealing with immense guilt.

If anything, since around the time he circulated pictures of Tyler, maybe earlier, he has been someone on a long road to becoming someone Hannah wouldn’t associate with.

Naturally, every action has a consequence. Clay releasing the tapes has put everyone on edge but also makes Justin feel a bit froggy. Problem is, confronting Bryce was probably the worse idea he could have. Not just because of there being a certain level of mutually assured destruction, but Bryce has backing. He has the baseball team, his family, his family’s money and what does Justin have? A mother who barely seemed interested in him leaving home. Clay who clearly only cares about using him so Hannah can get justice. Damn him beyond that. And in terms of Jessica? Well, as much as she mentions to Olivia she gets the feeling of loving someone despite what they’ve done to you, reconciliation doesn’t seem on the horizon right now.

For like with Olivia, she has been exposed publicly and that’s hard to come back from. After all, Andy’s affair being grilled by Sonya and followed up on when Olivia was on the stand? On top of going into Olivia’s family mental health issues? Then Andy pushing the theme of the season, personal responsibility, it is too much. Yet, despite it all, even him wanting to leave the case, that is, soon to be was, her husband.

But, unlike Andy, Justin doesn’t really have much of an alternative to turn to. Hence him nearly OD’ing and choking on his own vomit. Not to forget, Alex being the one who saved him. If only because he wanted to confront Clay. Someone who is so far gone that it is hard to know whether anything Skye said to him sunk in.

However, what is clear is that Matt, Clay’s dad, he is tired of babying his son and trying to pursue the friend route with him. Putting out the tapes jeopardized Lainie’s job, her license to practice law, and the financial stability of the family. Add on Justin being an addict and this not being communicated, he is done period.

Leading Clay, who is sick and tired of being wrong, failing and getting chastised when he does stuff on his own, going off on ghost Hannah. Even telling her to F off. Though, considering this is one of those thin lines between love and hate moments, expect to see her back soon. Oh, and as for Justin after Matt’s tirade? He decides to go back to his mom and rough it out there.

At this point, I hate Clay as much as I once hated Courtney. I get there is some sort of good intentions behind what he is doing, but with it being clear he doesn’t know what he is doing and is consistently making things worse? How far must he really go to know he needs to tap out? If not, as he did with Alex and Justin, just admit he is not good at doing things by himself, including planning and execution?

But, at the very least, thank god Matt decided to put his foot down. For while it is understandable that a lot of these parents want to not have their kid be the next Hannah, hence letting them go off on them and be disrespectful, baby them in some cases, clearly they aren’t kids anymore. Yes, they are going through a lot but is that really a good excuse anymore? Especially for Clay who, all things considered, is doing quite well compared to his friends.

While we don’t see them lovey-dovey, his parents are together and seem happy. He is an only child so, outside of when Justin was in the house and enjoying that bit of normalcy, he got all their time and attention, and was spoiled. I mean, look at that boy’s room and the fact of how quickly his parents got him a car. Let’s not forget Jeff trying his best to get him with Hannah, Tony going overboard even when Clay was being a douche, Sheri being nice and seemingly into Clay, and despite all the chaos he causes in their lives, most of the group, sans Bryce, Courtney, and Marcus, usually forgiving or moving past Clay’s past incidents.

Taking this all into account, it makes the idea of Hannah causing his life to go into a tailspin as his reasoning for everything weak. For while he deserves to mourn over a girl he knew and had an unrealistic perception of, going to the point of making every one us collateral damage so he can redeem what he didn’t do is beyond ridiculous. It strangely is believable, but still ridiculous.

I can let you go and still love you.