A nice boy who gets into a gang, becomes an addict, but through faith is healed. Yeah, prepare yourself for a slightly edgy feel good piece. One which is of the caliber of a Lifetime original movie.

In 1961 Brooklyn, Victor (Patrick Davis) and his family, Lila (Lisa Vidal), Manuel (José Zúñiga), and Ricky (Mason Davis), have come to America – the land of opportunity. Problem is, after a month Manuel loses his job. Then, not too long after, Ricky loses his due to making a gun at the auto shoppe he worked at. Leaving him to question: What can I do? Manuel is pawning Lila’s prized possessions, like her vinyl player, and they are struggling with broken appliances.

Well, thanks to Pablo (Rick Gonzalez), Victor is introduced to Sanchez (Lobo Sebastian), a local drug dealer. Alongside that, he is introduced to heroin which, at first, he just deals, then partakes in. Leading to, eventually, him losing control over his use. 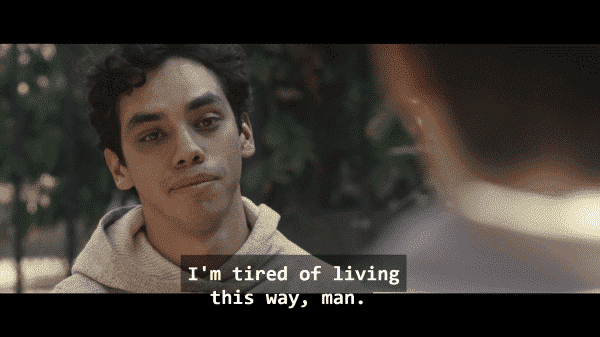 But it doesn’t end there. Pablo and Victor, alongside a few others, are part of this gang called the Roman Lords who beef with the Liberty Boys. Over what? Who knows since neither are official drug dealing gangs but they still got beef. Beef which turns deadly after Victor decides to mess with Danny’s (Matt Angel) girl Sherry (Haley Ramm). Eventually leading to the death of the leader of the Roman Lords and Victor being kicked out as he is to blame. Which is one of the many reasons why he became a full blown addict.

Though It Has Gun Violence & Drug Use, There Is Something Corny About It I don’t dabble too often in films which have faith as a theme. If only because, not being someone religious, it means having to deal with the type of conversations and people I avoid. However, what drew me to this movie was the idea of this kid was in a gang and drugs and found religion. But, with not watching too many faith based films, I forget that all troubles and sins are just a means to an end to get to the final destination of salvation. 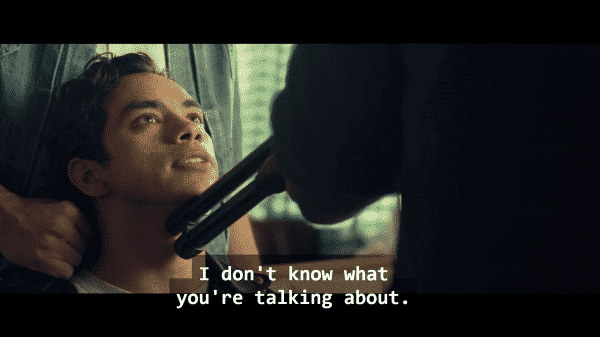 Which leads to the problem of this movie, as much as Victor gets into trouble with the Liberty Boys, even to the point of having a shotgun put to his neck, there is this vibe his life is not on the line. Then, even when one of his associates die, there is this weird PG-13 vibe which reminds me of what Disney is doing now. Like, as a whole, it is like Victor is trying to be a new age, more so cool and hip than tired and corny, type of faith film.

Though I wouldn’t say you could play this for the Sunday school kids.

As noted, there is something about this film which has a Lifetime original movie vibe. Alongside that, with the movie seemingly wanting to be real, but not graphic/ explicit, it can be kind of corny at times. However, to my surprise, the writing isn’t cringey. More so, the performances are kind of hit and miss. Take for example Lila, Victor’s mother and us watching Victor strung out. In those scenes, as much as you see her in tears and him frustrated by his addiction, the only reaction I had was:

Yet, during the earlier times when Victor was dealing drugs, wooing Sherry, and things like that, while there wasn’t Golden Globe worthy performances, the film does get some sort of reaction out of you. Victor and Sherry, in their Romeo and Juliet kind of romance, was cute. Alongside that, the brotherhood of the Roman Lords gave me some The Outsiders vibe. Not to the point I would say this movie deserves its own pedestal or is truly comparable, but hopefully, it helps you understand the vibe of the better parts of the film. Victor and Sherry (Haley Ramm) during the good times. Before they both became addicts. Sherry after she becomes a heroin addict.

In my mind, those who have an agnostic or atheist tinge won’t get anything out of this. Then, for those who may consider themselves liberal Christians, all this may do is make them wish people of faith could be in better-crafted movies. For that is perhaps the most disappointing thing about this film. Faith is presented in that usual corny, through prayer God fixes everything kind of way. Rather than you getting diverse dealing of faith ranging from that to people who love the Lord but see no purpose in going to church.

Which is part of the reason I’m labeling this as divisive. For, while I will give props for the first half of the movie, once religious themes start to come in heavy and you realize they are being handled in a rather generic way, watching this becomes such a turn-off. If just for those like me, maybe you, who aren’t too much for people who may say that they prayed the cancer away.

Now, as for those who are religious? I can’t wrap my head around religious conservative people enjoying the gun violence and drug use, even if people turn their lives over to God in the end. As for the more liberal religious folk? I would imagine they would want more realness out of the story [note]Which is based on a true story by the way.[/note] instead of what often feels glazed over and lessened so it could be acceptable to both a Christian audience yet still maybe entice people like me whose ears perk when romance, drugs, and violence is part of the advertisement.