Wherever I Look
Recaps, Reviews, and So Much More
Home Movies Vesper – Overview/ Review (with Spoilers)
Movies 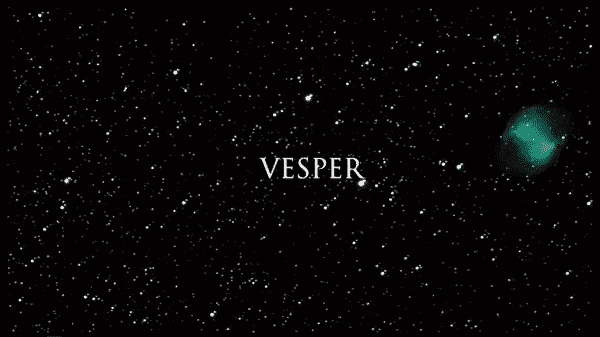 Vesper is the type of film which reminds you of when the story was the focus of mysteries and thrillers versus jump scares.

Marge (Agnès Godey) is haunted by her past. Of which two men seem to be the main things keeping her up at night. One being her ex, who claims she ruined his life, Walter (Götz Otto) and the other being her nephew Christian (Keyvan Sheikhalishahi). Someone who comes to her home because Marge fears for her life. But, in the end, we are led to question whether Christian can do anything at all for his dear aunt.

It Puts You On The Hunt As Soon As It Begins

No sooner than you begin the movie do you know something is off. That Marge isn’t telling us the full story and she can’t be relied on for the truth. And with that cast limited to three people, it makes it so every move and interaction you scrutinize. “Is this person telling the truth?” “Is this person real?” “Am I overthinking things?”

Making it so the film calls for you to watch it with someone to theorize and talk throughout. Then, once it is over, question whether you were presented with more misdirection or if what you saw was the absolute truth.

You Have To Give It Some Leeway To Really Enjoy It

This is the 2nd film of writer/director/ and actor Keyvan Sheikhalishahi and I think that has to be taken into consideration. Both in terms of the positive, him getting a film like this done and also the negative, which is that the writing and performances aren’t without criticism. For example, as interesting as the mystery is, I couldn’t say the characters are a driving force behind it. If I was to forego the leniency being given since this is a short, much less an indie movie, I would come down on this hard.

The reason? All the characters are kind of forgettable and a touch generic. Marge is a shut-in with regrets, who we never see leave the house. Walter is a man who feels jilted and haunts Marge like a ghostly figure and Christian is like Casper the Friendly Ghost. Just without any type of personality which makes you wonder if he is dead.

The main reason I’m labeling Vesper mixed is because it pushes you to give excuses. There is this desire to note Vesper is a short and an indie, alongside writer/director/ and actor Keyvan Sheikhalishahi still gaining experience. However, even with the need to excuse some things in mind, I would still give it to Sheikhalishahi for the tone is well set and the story does lead you to wanna play detective.

Leaving Vesper ultimately feeling like an “on the job learning” type of film. One which, for those privileged enough to know about Sheikhalishahi, you’ll get to see a young talent grow from something with the potential to, one day, become a fully realized auteur. Someone who may be what the movie industry needs to return thrillers, maybe even the horror genre, to its glory days where, between goosebumps and scrutiny, you actually felt engaged by the film and not just waiting for jump scares.