While the story has an eye-roll inducing ending, if you’re someone who likes a few decent jump scares it might be worth a matinee viewing.

Poor Olivia. This young woman, almost at the brink of graduating college, holds so many secrets. Most of which are her best friend’s Markie. Be it cheating on her boyfriend Lucas or one serious one which could tear their friendship apart. And maybe it is that guilt which coerces her to go on one last spring break vacation with Markie. Maybe it was seeing everyone have someone but her that led her to Carter and maybe, just maybe, that one secret is what made her such an excellent target for Carter.

Thus leading to a game of truth or dare against a demon who may have let the game end once, but plans to take advantage of every modern convenience to make sure that never happens again.

It Had Decent Jump Scares 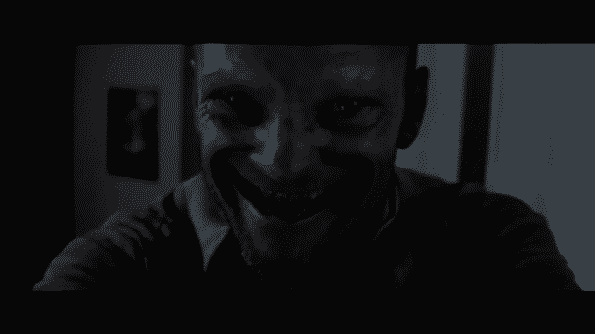 At most there was 7, which were all the cheap sort of, I saw something, then there was nothing, and then suddenly there is something. Yet, if you like jump scares, there are enough spread out to keep you on your toes a bit. The story surrounding them are iffy, but if you solely care about leaping a little in your chair, you’ll get your rocks off.

This is one of those types of films where the trailer pretty much is the highlight reel. All the gruesome deaths are pretty much hinted at and it leaves just Olivia’s secret as the only thing not talked about. Oh, and with this being PG-13, as gruesome as you know the kills could be, we don’t get to see them in graphic detail.

Olivia’s Secret Was Kind Of Interesting, Just Not Built Up Too Well

Olivia’s secret honestly was a little bit shocking. The issue is, without giving it away, because this is such a weakly written horror movie, the kind you expect to be released in January, it doesn’t pack a punch. It’s eye-opening, may make you go, “Oh s***” but it’s not going to change your whole perspective on the movie. If only because it is the one twist that comes out of left field.

On one hand, the ending isn’t a happy one since it involves a bunch of people dying, but at the same time, it seems like a copout. One of those, “Really?” with an eye roll, kind of endings. Which, thankfully, doesn’t hint towards a sequel, but does make you think someone thought they were clever when they wrote this.

Perhaps the main reason this isn’t being labeled negative is because my expectations were low going in. I wasn’t expecting the next great horror film or anything like that. A few jump scares, a shoddy plot, and that’s about it. And, lo and behold, Truth or Dare delivered.

So, if you choose to check this out, keep in mind this is a film which doesn’t use gratuitous violence or sex to compensate for its plot. The acting is of the caliber which is FreeForm/ MTV original movie quality and then there is Olivia’s secret. If this was better written, maybe had some dramatic elements, it could have been something. However, considering the writing, maybe acting depending on your standards, it seems like the type of plot completed wasted on the film.