Home Movies To The Bone – Summary/ Review (with Spoilers)
Movies

To The Bone – Summary/ Review (with Spoilers)

To The Bones makes it so you officially can’t say Lily Collins is living off her father’s name anymore. For she proves herself as an actress just as capable of being a romantic lead as someone whose story can be emotionally heavy and heartbreaking.

At 20 years old, Ellen’s (Lily Collins) life has kind of stopped. Thanks to an eating disorder she has become skin and bones. To the point, she can wrap her thumb to middle finger around her upper arm. And while she recognizes things aren’t good, and has been in at least 4 inpatient treatment centers by the time we meet her, it’s hard. We aren’t told the exact reasons why, but maintaining her weight, much less gaining, is difficult to do.

Even when people like the unconventional Dr. Beckham (Keanu Reeves) and this boy named Luke (Alex Sharp) come into her life. Never mind the tears of her mother Judy (Lili Taylor), and pseudo sister Kelly (Liana Liberato). But there is some darkness, some inability to keep from defaulting to pessimism that holds Ellen back. No matter the reality checks or good times she gets to have. Leaving you wondering, despite her newfound intentions, will she stick to her recovery?

I’m sorry that I’m not a person anymore. I’m a problem.

People say they love you, but what they mean is, they love how loving you makes them feel about themselves. Or they love what they can take from you.

Bad things are going to happen. That’s not negotiable. What is, is how you deal with it.

This idea you have that there’s a way to be safe, it’s childish and cowardly. It stops you from experiencing anything, including anything good.

Stop waiting for life to be easy. Stop hoping for somebody to save you. You don’t need another person lying to you. Things don’t all add up. But you are resilient. Face some hard facts and you could have an incredible life. 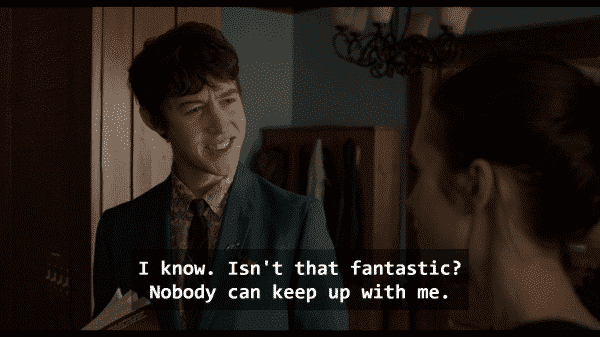 Luke (Alex Sharp) in To The Bone

I was literally cheesing, after a certain point, whenever Luke opened his mouth. He is just made to be the type of guy you could actually imagine any girl falling for. Not because he looks like a heartthrob or because he is rich, but because he is just fun to be around. He makes you feel comfortable and can be weird at times, but he makes it charming.

To the point that I’d say, Luke was played so well that to not desire to watch another one of Sharp productions would be hard. If just to see if this was a one shot thing or he can consistently make you fall for whoever he is playing.

Olive (Brooke Smith) and her partner, Ellen’s mom, Judy (Lily Taylor) in To The Bone

With Collins herself going through an eating disorder, you can see her channel whatever pain she was in, alongside caused, in this role. But what makes this film a bit heartbreaking is you can see it is a two-way street. We don’t just experience the pain and difficulties of Ellen but also her family. People who are watching her wither away, who wanted, expected or desired her to be there for important moments in their life, and yet they can’t figure out a way to help. To the point that it almost seems like they have to accept that she is, in a very long way, killing herself.

Despite Ellen’s Sarcasm, This Doesn’t Seem like a YA Novel Adaptation (Most of the Time)

Does this sort of seem like a mash-up of Recovery Road and The Fault in Our Stars? Kind of. However, Ellen’s snark and pessimism never takes her to a point where she seems likes a literary character. There remains something very real in how Collins balances Ellen’s love for sarcasm with someone who doesn’t know what they are doing. Much less is asking for anyone, anything, to help her figure out not where rock bottom is, but how to get out of this hole.

Something that, which perhaps should be on the fence, we never get one exact thing to pin it on. We aren’t told it was her parents’ divorce, this girl killing herself by being inspired by Ellen [note]It was a very weird part of the plot which barely made sense to me[/note], or maybe someone touching her inappropriately. What Dr. Beckham makes it seem, there is no one specific moment or person to blame. Yet, it is up to Ellen if she wants to move on with her life.

The Damn Movie Made Me Cry

While I wasn’t bawling and in need of tissues, I got a little choked up. I had that moment when I put my hand over my mouth like my vocal chords wanted to scream out to the characters. Which I want to say was primarily because of Luke and Judy, but you have to give props to Collins as well. If only because, while she can be a sarcastic ass, through them you got that feeling of maybe losing your daughter or this girl who is so marvelous. To the point you want to be her rock and hope, just maybe, she’ll give you the privilege to maybe lean on her.

So, About The Dad and This Tumblr Page

Ellen looking at a picture Luke took from her, now deleted, Tumblr Page.

We don’t see Ellen’s dad at all or get any real vibe how he might have played into all this. It is made clear his relationship with Ellen is strained, but we don’t get to see how they are when in the same room together.

Alongside that, I feel like that whole, “Ellen inspired some girl to kill herself” thing was just extra and unnecessary. I felt bad for Ellen already and was invested in her story. So this whole “this girl killed herself because she was inspired by Ellen and she left a suicide note for her” was just overkill. Especially it being noted the girl’s parents sent Ellen pictures of their daughter, after she cut herself, to guilt her. 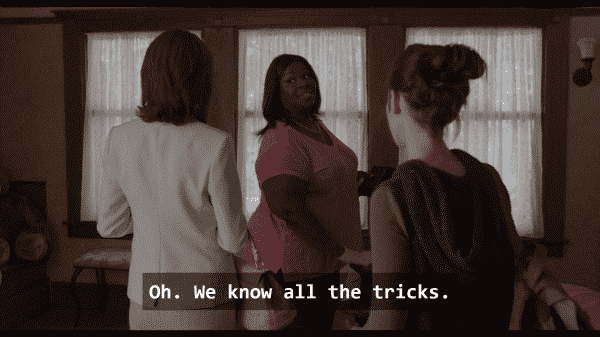 Lobo (Retta) in To The Bone

This is an on the fence topic for it is good that you want to know more about these people, but the film doesn’t deliver that to you. But, at the same time, this film already is damn near 2 hours. So imagine how long it would be if it gave proper dues to everyone.

But, with that in mind, it does make me so badly wish this wasn’t a single movie but a TV series. Sort of like how Recovery Road should have been but with a focus on eating disorders. That is, rather than drug and alcohol abuse.

I really wish Netflix would do wide releases of their movies. For I really feel like they don’t make movies to watch on your 20 or 30 something inch screen. They make the type of movies you need to be in a theater to truly experience in full. Not at your own convenience where if you get bored, hungry, or need to use the bathroom you can just pause it.

But, Netflix criticism aside, this was some movie. The type which definitely will lead to Collins being taken seriously and surely may make a star out of Sharp. Which is perhaps the main reason this is being labeled as positive and recommended. This is the type of movie I believe will become cornerstones in both of their careers. The film which, despite how bad series and movies might be later in their filmography, their fans can use this as an example to say “It was the role, director, or script, not them!”

So, while I don’t foresee Collins getting a major award nomination out of this, do prepare for her to join the likes of Elle Fanning in becoming a serious indie darling. With Sharp hopefully getting the same amount of opportunities as Miles Teller.