The Inkwell – Recap/ Review (with Spoilers) 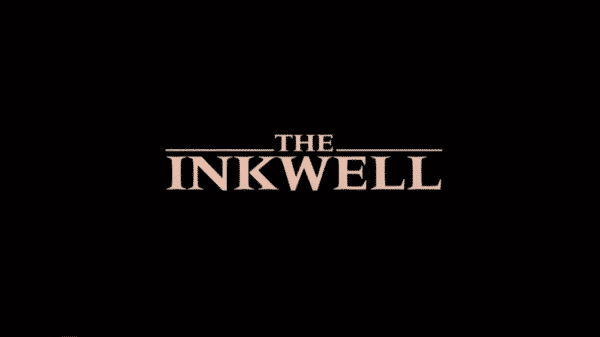 The Inkwell reminds you of how great of a time it was for Black audiences who truly wants diverse depictions of themselves on the big screen.

Table of Contents show
1 Summary
1.1 Question(s) Left Unanswered
2 Highlights
2.1 Larenz Tate
2.2 The Boys
2.3 Complicated Marriages
2.4 Black Republicans and Former Black Panthers
3 Criticism
3.1 The Women of The Film Get The Short End of the Stick
4 On The Fence
4.1 Wish There Were More Scenes between Dr. Wade and Drew
4.2 Drew’s Love Life
5 Overall: Positive (Worth Seeing)

The summer after Drew causes a fire in the family garage, he, alongside his mom Brenda and dad Kenny, head up to Martha’s Vineyard to spend time with his mother’s family. There, he ends up bunking with his cousin Junior and chasing girls – well, trying to. As for his parents, they spend time with Brenda’s sister Francis and her Black republican husband Spencer. Of whom, with Kenny being a former Black Panther, those two go at it like cats and dogs.

Though they aren’t the only ones fighting. Kenny is fighting with Brenda, he is fighting with Drew since Drew is a little off, and Drew is kind of fighting for the world to just let him be. Something he seemingly got with the local it girl Lauren, but the may not be true. But, luckily, he makes a friend out of this woman named Heather, as well as Dr. Wade, who make the trip seriously worth it. How many awkward Black boys can you name in mainstream movies? I’m talking cringe-worthy, but not in a laugh at them Blankman [External] kind of way? Tate as Drew gives that to us. What I guess can be considered a carefree Black boy who is very cool in how aloof he is. Cool in how he is a bonafide weirdo who talks to a doll. Much less, is also a little mischievous. I mean, giving credit when it is due, besides the trick he used to trick his parents into thinking he was sleeping, the trick he pulled on Harold? You gotta admit it really pushes the idea that there is so much to Drew than we have the privilege to get to know and it is a damn shame.

While, like most Black people, I love seeing Black couples and depictions of Black love, at the same time I like seeing real relationships. The kind where there are ups and downs, some issues within them like how Spencer isn’t the best lover or Kenny is a hot head. On top of that, the mom not being fond of Kenny but his wife loving him anyway. Not for the drama, mind you, but there is always the hope that art imitates life. So if these couples can fall in love, fight, and reconcile, so can you. 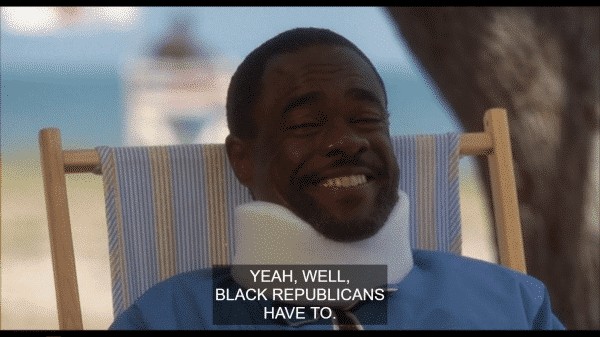 And speaking of representation, though it isn’t fully explained why he is a Black republican, Spencer being one was still quite the highlight. Granted, it is a borderline running gag of how corny he is and Kenny’s critique of him being assimilated to whiteness isn’t hard-hitting but it’s nice for things to be mixed up a bit. After all, while Kenny isn’t the greatest at sex and seemingly only has money to bolster his ego, he has to be doing something right? He has a beautiful wife, well-adjusted son, who surprisingly isn’t a brat, and as much as he may butt heads with Kenny, he does treat him as family. They even find common ground, after a tussle, towards the end of the movie.

One of the few things this film deserves a ding for is that the girls and women are so underdeveloped. A glaring example is that there is clearly some issue between Brenda and her mother but that is never dug into. It isn’t made clear if she just doesn’t like Kenny and so that is why she talks negatively about Brenda’s weight. Maybe she and Francis have different fathers, and Brenda’s was a piece of work, so maybe that is why there is this animosity, or what. Making for when her mom says “I Love You,” which seems like it should be a meaningful moment, but it doesn’t have the intended impact.

Alongside that, while I did enjoy Heather and Harold’s storyline, to the point of thinking it was strong enough to be its own story, again you get this underdeveloped woman. She is nice, married to Harold, but we don’t learn much else. What does she do, how she fell in love with Harold, and the most important question: How old is she? For, as noted in the Question(s) Left Unanswered section, she clearly does something with Drew who appears to be a minor. So, there is the need to question why, for the smallest bit of kindness, does she make out and possibly have sex with him?

Wish There Were More Scenes between Dr. Wade and Drew 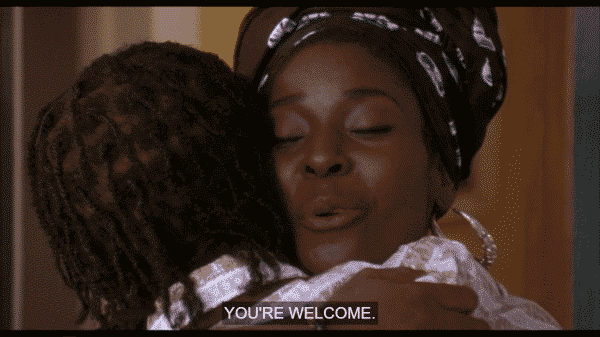 Sadly, we are left assuming Dr. Wade’s impact. She is a woman who is a friend of Spencer who, with there being this belief Drew has issues, is recommended as someone for him to speak to. The first time she meets Drew, all Dr. Wade really experiences is his mother and father’s dysfunction. However, in their 2 or 3 meets after, she spends the type of quality time with him that we are led to believe is transformative.

Now, as for why we are led to believe rather than know? It is because, like most women in this film, she isn’t allowed to really shine. We don’t get to see all the work she puts in which allows Drew to be more comfortable with himself. Something she surely put time into as she spent, likely hours, braiding Drew’s hair. And with us not seeing that quality time, it keeps Drew a bit of a mystery to us. We don’t get how Iago became this emotional support for him. Nor do we delve into the red flag which is Iago wanting to make jet fuel within a garage. We just graze over the issues Drew might have and keep it pushing.

The beauty of Drew’s cringe-worthiness crosses over into him trying to date. Something which becomes so awkward that you may feel the need to mute your speakers and even turn away for it is just so difficult to watch. Yet, when he finds his groove with Lauren, you get reminded why Jada Pinkett-Smith was one of the go-to love interest of the 90s. Be it her iconic laugh or presenting this sort of femme tomboy appeal, it makes it so whoever gets to fall in love with her seems like the luckiest person.

But to get to the cute moments they share, you got to get through others which are sometimes like claws on a chalkboard.

With it recently being noted there could be a Moesha revival, and with She’s Gotta Have It having a series premiere on Netflix within a few weeks, you have to wonder what movies or shows from the 80s and 90s could be next? Well, I’d nominate The Inkwell. For whether it is a 20+ year later follow up or a whole new cast, there is something about this film which feels timeless.

I mean, imagine, a Black, “woke” person sparring off with their corporate, republican brother in law. These odd, carefree Blacks boys, of different kinds, spending the summer together. On top of that, you got infidelity, marriage complications, and also young love. Not to mention, with Drew, the mental health of Black folks is a factor.

And I could go on and on, which is why I am noting this as positive. The Inkwell does more than present how bad ass or cool Black folk can be – as we often saw. It goes beyond infidelity, sex, and romance. What it does is bundle the experience into what more so seems like a two hour pilot than a standalone movie. One which has so much potential for a continuation of the story or a reimagining of the characters in modern times.