Wherever I Look
Recaps, Reviews, and So Much More
Home Movies The Equalizer 2 – Recap/ Review (with Spoilers)
Movies

The Equalizer 2 – Recap/ Review (with Spoilers)

While Equalizer 2 lacks a compelling story, its action scenes, as well as Washington and Sanders’ chemistry, compensate for it.

Table of Contents show
1 Summary
2 Highlights
2.1 The Flinch Worthy Action
2.2 Washington & Sanders’ Chemistry
3 Criticism
3.1 While It Presents Some Closure, There Isn’t Really Any Purpose To This Movie
4 Overall: Mixed (Divisive)
5 Follow Wherever I Look on Twitter, Like us on Facebook and Subscribe to the YouTube Channel.
5.1 Check Out Other Movie Reviews

After the events of the first Equalizer, Robert McCall has found a new apartment building and community. One in which, of course, he can’t help but use his particular skills to help. Be it to rescue a kid kidnapped by her father, get vengeance for a possible sex worker, or try to help this holocaust survivor named Sam get a piece of his childhood back. But, of course, Robert can’t help but stumble onto a big mission as he does his little deeds. That’s how he ends up involved in Susan’s latest case which deals with an agent assassination over in Brussels.

One which Robert ends up dragged into for with Susan getting too close to the who, she creates a why for her elimination. Something that leads Robert to go onto a rampage since you know he isn’t close to that many people. Especially from his old life. So, he picks up where Susan left off all while mentoring this young man named Miles who he is trying to school before he gets swallowed by the streets.

While a lot of the stuff that’ll make you flinch is available online through official clips and the trailer, there are one or two not seen which make this worth checking out. The kind which will get a reaction from your crowd and make you tense up a little bit. Not on the level of the first movie or Atomic Blonde, mind you, but definitely something better than what a lot of action movies give us.

One of the things you have to love about Denzel Washington as an actor is that he is not selfish. While he can consistently give commanding performances, he recognizes being on screen with someone is a dance. One which he may often lead, but doesn’t discount the role his screen partner plays. This especially because true when it Ashton Sanders. For as much as Washington maybe yelling at him, using him to set up jokes, and things of that nature, you never feel Sanders is just there or is replaceable.

, the first Equalizer, and Man on Fire

. Washington presenting himself as a veteran who isn’t trying to one-up the new kid. Challenge them to the point of eclipsing them, thus presenting them as a liability, but make sure they get their time in the sun too. Make it seem they aren’t just fresh blood cast because they are up and coming talent.

While It Presents Some Closure, There Isn’t Really Any Purpose To This Movie 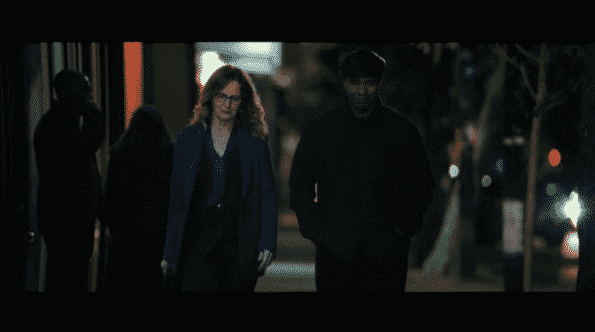 Robert’s past, in terms of his life in the service, is gone into. Not in such a way you’ll find yourself thinking it called for a sequel, but it’s the type of stuff which is nice to know. Which is sort of the problem of the film. It just fills in some gaps left from the first movie and tries to present us this new villain who just doesn’t pack a punch. Their claim to fame is killing Susan but they don’t say or do anything beyond that worth noting. I mean, the way their men executed the Brussel agent, and his wife, opened your eyes a bit. But from there it was all downhill.

Making it where, after a certain point, you’ll be more interested in Robert’s small deeds, like helping Miles keep his nose clean, than him getting vengeance for Susan.

The issue with Equalizer 2 is that it’s the type of film that exists because it can. Washington is still a name drawing actor and director Antoine Fuqua hasn’t had a flop. So if they want to work together and try to reproduce a hit, why deny them? And in that you see the problem here. This movie doesn’t say anything, barely develops Robert further, and honestly just pushes the idea that, within the next ten years, this will probably become a TV series again.

Hence the mixed label. After the explosive Equalizer, The Equalizer 2 seemingly is without any direction besides keeping Denzel Washington’s name out there. Giving you something which is entertaining but certainly isn’t a movie to rush to see. Well, unless you are paying matinee prices or have a theater subscription service.