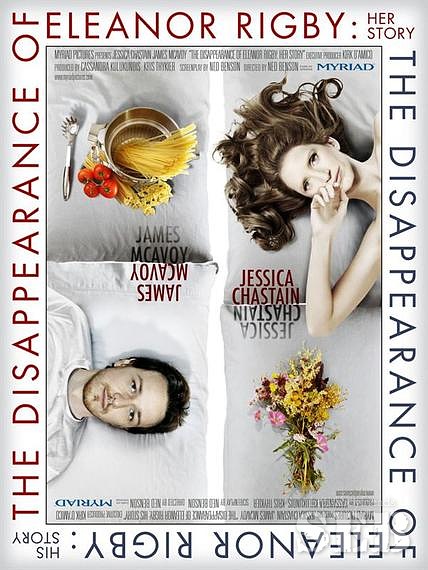 After the loss of a child, the relationship between a man and a woman unravels to the point they feel the need to reevaluate who they are as both individuals and as a couple.

After more than 7 years together, Eleanor (Jessica Chastain) and Connor (James McAvoy) hit a serious rough patch. This is all due to the death of their son, and how his death seems like the beginning of a dark cloud in their life. One which brings instability to Connor’s business and pushes Eleanor to try to figure out who she is when she isn’t a wife and is now unable to fully experience what it means to be a mother. And along their journey the both find people who help them navigate through this shocking new life. For Eleanor it is people like Professor Friedman (Viola Davis), then for Connor, it is his chef Stuart (Bill Hader), and father Spencer (Ciarán Hinds).

While it should be noted McAvoy is adequate in the film, it does seem the weight of the movie, or perhaps burden of their characters’ son dying, is on Chastain’s shoulders. Almost to the point, I feel like watching Her in order to fully understand her emotions and her point of view. For, and it may just be me, I think she put McAvoy in a place where he doesn’t come off like a male lead. If anything, he more so seems like how most women are written as a love interest.

Now, as for the story as a whole, I must admit, while I never got teary eyed, the film will put a damper on your spirits. Which, again, is all thanks to Chastain who pushes you to really want to invest in Eleanor as she deals with her grief first, in a destructive way, and then through trying to move on and strangely continue from where she was before she had her child.

As noted by Connor in the film, the movie can get a bit “Hallmark” styled when it comes to the dialog. Which, as can be seen below, makes for good quotes, but when you combine lines which seem made for characters, more than people, with Chastain bearing most of the weight of the movie, it makes for a lopsided film. For, as noted, the film makes the Her version of this film seem more appealing than the Him. If just because in this Them version, what reason are you given to take an interest in Connor? He is the son of a successful restaurant owner who is trying to craft his own legacy; his life revolves around trying to figure out a way to get Eleanor back in his life, and we don’t really see him deal with the loss of his son at all. Not even to the point of thinking that maybe he is working on this restaurant as a distraction. Making it so just the idea that there is a version of this film which focuses on the more stronger character to be a bit of a liability for this Them version.

A part of me really likes The Disappearance of Eleanor Rigby, but knowing there is a Him and Her version almost makes you wonder what are you missing. To the point anytime there is a storyline not gone into depth, like Connor’s relationship with his dad, you almost feel like Them is a cheating you out of the full experience. Which perhaps is why Connor seems a bit more shallow, to a point, in comparison to Eleanor. Leading to the reason why this film is being labeled TV Viewing: Eleanor and Connor’s stories barely mesh well. For while you can see they are in love, his character is more focused on the restaurant and his pursuit of her, in terms of maintaining their relationship, than showing his side to dealing with the loss of a child. Making it seem while she is within a drama trying to recover from the loss of her child, he is in a romance film which focuses on his failing business, his relationship with his father, and his marriage, but not the one thing which could have given his character some oomph.

“You know, before you I had no idea who I was. And then when we were together, I thought I had it all figured out. But now? Now I’m just back to wondering again.”

“It isn’t your job to investigate the expansive memory that’s called the past, and judge what is right and what isn’t. […] You shouldn’t be interested in regretting things.”

“There is only one heart in this body, have mercy on me.”