Our Souls At Night – Recap/ Review (with Spoilers) 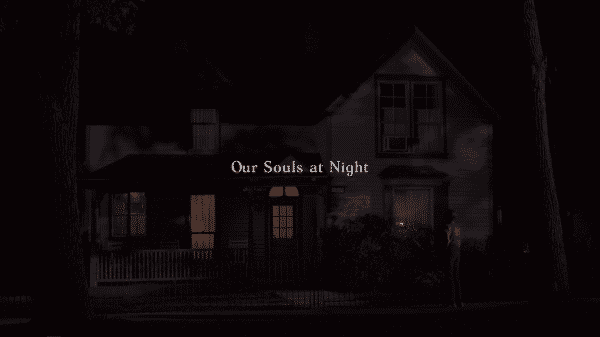 Our Souls At Night continues to push that there is such a richness in storytelling Hollywood is missing out on by focusing solely on the youth.

At somewhere past 66 [note]48 years in her home plus somewhere past 18 years before she and her husband got the house – assumingly[/note], and now widowed Addie (Jane Fonda) finds herself lonely. Not desperate, but dearly missing having someone to sleep with. By which I mean in an intimate way, not necessarily sexually. So, after some thought, she proposes to Louis (Robert Redford), a fellow widow, teacher to her son Gene (Matthias Schoenaerts), and seemingly a nice man. It is noted that he perhaps wasn’t the best father at times to his daughter Holly (Judy Greer), but the benefit of seeing a person in their 60s is seeing them after they made the major mistakes of their life.

Something both Addie and Louis talk about. The things which they regret that is. And with Addie being asked to take care of her grandson Jamie (Iain Armitage) while Gene deals with a personal crisis, they sort of get a second chance to make things right. If not at least learn from whatever mistakes they knew about or are accused of.

Giving us a rather sweet love story, without your usual, he did something stupid and has to do a grand gesture to make up for it. Because with Addie and Louis past the need or fevering desire for grand gestures, and knowing how to treat a person, it isn’t necessary. As noted in The Wilde Wedding, and is one of the quotes of the month, I found myself remembering Viola Davis, in an episode of Black Love, talking about growing old with someone. Being with someone as the youth fades, life molds your personality and the only thing that may stay the same over the course of 50 years is your first name. But what this also reminded me of is perhaps one of the best romance movies I’ve seen, The Face of Love.

All of which remind you how precious and necessary love is. How in your later years, it is the only thing which can perhaps be a consistent after losing people and things, jobs even, and that being the only thing sticking around. But to focus on Addie and Louis specifically, I just enjoyed that with her not really being into sex anymore, everything about them was the intimacy involved without that. Be it being arm and arm, resting her head on his shoulder, and him smiling about it and just enjoying a person’s company.

To not be left with envy or some kind of hope that will come to you, I’d find to be difficult. For while, yes, they are both widows so it isn’t like this is their first love or they had nothing but troubled relationships, it doesn’t take away from the awe-inspiring of watching two people fall in love. As, again, noted in The Wilde Wedding, one of the reasons I never understood why there aren’t roles for more women and men Jane Fonda and Robert Redford’s age is, look at all the drama they have to deal with. There are their children, full grown adults, who are coming to recognize how their parent’s actions affected them and are now ready to confront them. On top of that, you have all these good and bad decisions that have built up causing regrets, pettiness, malice and more.

I mean, without giving everything away, you have Gene’s relationship with Addie which was strained because of what happened to his sister. Then with Louis, he had an affair and even years later, naturally Holly isn’t over what that did to her and you can see how that might have manifested in her relationships.

In my mind, you can’t focus on someone of the lead characters age and mess it up. There is just so much there to cover that you’d really have to desire to avoid the idea that person had a life to make a bad movie or show.

I’m really coming to adore little Iain Armitage. Not enough to watch his Big Bang Theory spin-off, but he is becoming one of those young actors whose name carries weight with me. Which gets shown off quite well as he handles scenes with two industry veterans like he has been acting since he was in the womb. For while he is but something of an accessory to make the relationship between Louis and Addie even more sweet and tender, there is more to it.

You can see with Jamie an effort to not repeat the mistakes of the past. When it comes to Louis, it is being there for a kid when they need you and remaining a reliable presence in their life. Then, with Addie, Jamie is a means to maintain contact with Gene. To prove to him she does care about him more than he knows. Otherwise, why would she be so available for someone who probably looks like him when he was a kid?

I kind of wish more was done with Gene and Holly. They both got their grand moment of blaming their parents for how they are kind of screwed up, but I wanted to see them go deeper. Really bring a dramatic element to Our Souls at Night and push for more than us seeing this cutesy old couple together. 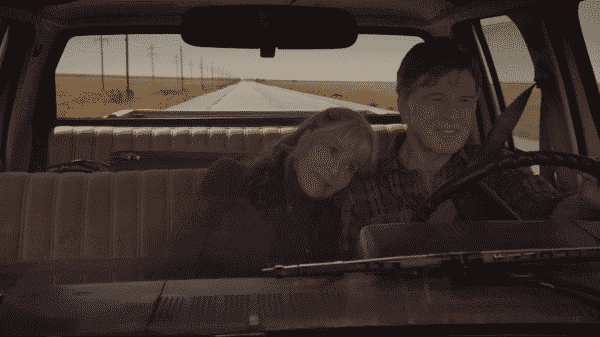 Our Souls at Night leaves me with such a warm feeling. I don’t know if it is because we see so few people in their veteran years focused on, never mind finding companionship or love, or what. Either way, while the Our Souls at Night didn’t necessarily leave me crying, it did solidify the idea that the main actors, Jane Fonda, Robert Redford, and little Iain Armitage, are not only talented but consistent. Trustworthy in their role decisions.

For truly, as much as I may dig at Netflix about how much they seem to be about quantity over quality, when they do produce something good? Damn if it isn’t something which renews your faith and leads you to temporarily forget their past nonsense.

I enjoyed this movie, but I found the ending very unsatisfactory. Addie had a big house. Why did she not give her only son the house and move in with her boyfriend (Robert Redford)? The son was having employment issues anyway. That way, she could have helped her son raise the grandson AND stayed with her boyfriend.