This prequel/ sequel to the first Mamma Mia thrives as new and old have a lively reunion and celebrate who Donna was and what she inspired.

We’re split between two time periods as we witness a young Donna meet, and sleep with, Sam, Bill, and Harry. Setting up her not knowing who Sophie’s father is. But, it isn’t just Donna being free but also her discovery of the island which would become home and the farmhouse she’d turn into a hotel. Something which, sadly, she doesn’t see completed, for she dies for reasons not gone into, but Sophie sees it through.

All the while, she is dealing with fighting Skye and the stress of the grand re-opening of the hotel. As that happens, Tanya and Rosie are dealing with getting older, and being single, and of course, are featured in the past too. It’s just, then they are young and dealing with being single. Making it where you can see how the past repeats itself yet still crafts an exciting future nonetheless. 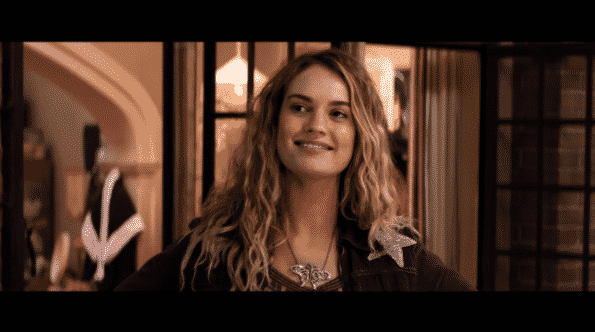 Taking on a role Meryl Streep is famous for is not at all an enviable task. After all, she is one of the few actresses who can be in a horrible movie and come out looking good. So for Lily James, who is established, but not necessarily a stand out in the industry yet, this was a curious choice. Yet, she really does knock it out of the park. As seen in Downton Abbey there is a jovial attitude to her and charm which quickly makes you feel attached to her.

I’d even argue that, because she can sing better than Streep, she sort of snatched the role from her and made it her own. That is, even with Streep making a cameo presence late in the film. Reminding you that she technically was, for the movie series, the original Donna.

It Has Its Comical Moments

While Mamma Mia: Here We Go Again is by no means the funniest movie of the year or summer, it does present a nice alternative to most films which are overly vulgar or physical to get a joke. As before, while Rosie and Tanya don’t really bring much to the film, at the very least Tanya brings plenty of one-liners and Rosie has her moments as well. Plus, there are other characters, who don’t necessarily play big roles worth recounting their name, who add a few moments which will cause a giggle.

I’ll never claim to be hugely into cinematography and the art of filmmaking. Mostly because, when certain filmmakers and editors start to get artsy with their cuts, it’s more polarizing and ineffective than adding to the film. However, when it comes to the musical sequences, especially “Waterloo” and “One of Us,” it really forces you to take note why musicals remain on a certain pedestal.

For even if they aren’t based on Broadway musicals or something Disney concocted, the time and effort involved makes it where there is a certain amount of respect demanded. For whether it is the actors hitting their marks and doing choreography or the editor putting all the shots together into one cohesive piece, it is a wonder to the eyes and the respect demanded quickly becomes earned. 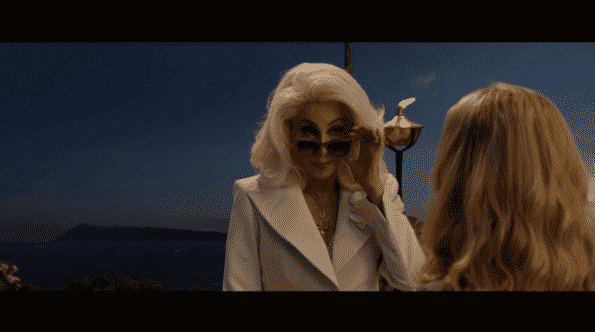 Though Cher, by no means, has a large role, seeing her perform and crack jokes reminds you of why she is such a renowned talent. For while not downright hilarious, considering the awkward way most of the characters are, her seeming exasperated by it all makes for a nice change of pace. Even when she gets into singing and dancing during “Fernando” as well as take part in the final number “Super Trouper.”

Rosie and Tanya, whether we are talking their younger selves or those in the present day, barely evolve past being comic relief. In fact, there are points where you honestly feel like they could be replaced with townspeople, one sassy one and one hot for Bill, and no one would be the wiser. For they honestly seem to just exist for the sake of showing Donna can have female friends and to support Sophie. Nothing more, nothing less.

Being that we get to see a younger Donna, and her mother is Cher, I must admit I was a bit disappointed the complications of their relationship wasn’t fleshed out more. For this movie, outside of saying, without a doubt, who is Sophie’s father, seems to want to clear up any misunderstandings or dive into your curiosities. Yet, when it comes to Ruby, and her relationship with Donna, outside of her putting work before family, nothing else is really discussed.

It Doesn’t Necessarily Have The Best Story 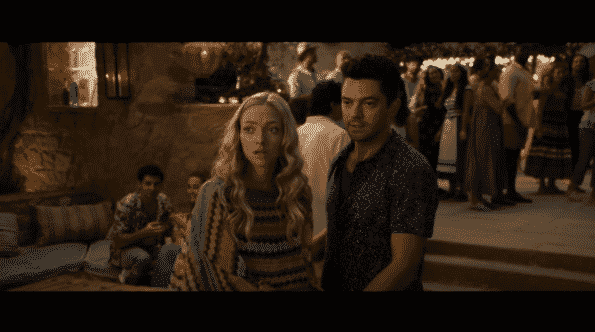 In the past, the focus is establishing how Donna met Harry, Sam, and Bill, and how each one, one way or the other, disappointed her. In the present, it is about Skye and Sophie having troubles because he sees a world outside the island and Sophie, still dealing with her mom’s death, can’t imagine leaving it. While Tanya and Rosie deal with their aforementioned issues. Let me tell you right now, if it wasn’t for the music of ABBA, this would be boring and maybe even aggravating. Yet, because of the music, Lily James as Donna, and the anticipation and arrival of Cher, you learn to forgive the less than stellar parts of the movie.

I won’t pretend this sequel/prequel is for everyone. It may require a love for musicals, ABBA, or the cast to find it enjoyable and with me checking off each one, that might be why this is being labeled positive. That is, alongside Lily James really putting her foot into this role and between her and Cher, that compensating for a good enough story and characters who could be indiscriminately cut.