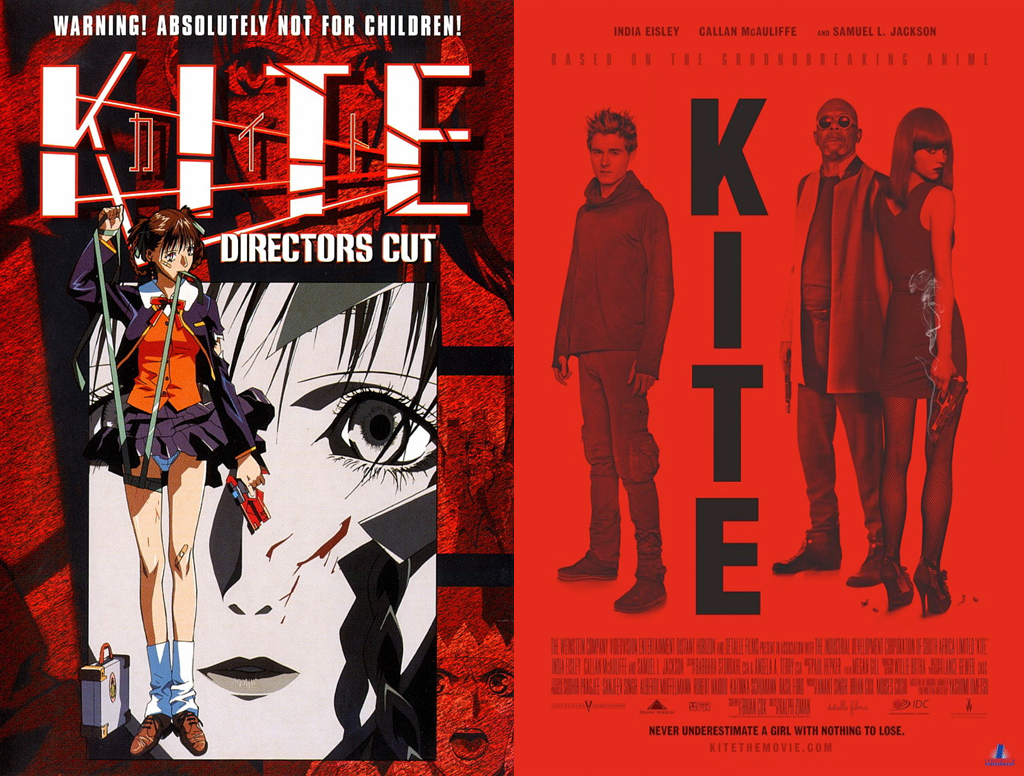 A girl seeking revenge for the death of her parents is guided on the path toward vengeance by her father’s former partner.

Generally, I try to stay clear of live action anime adaptions, especially when they don’t seem to care to cast a single Asian person in any major role. However, it is hard to pass up a movie with Samuel L. Jackson in it. Never mind India Eisley who has been off my radar since I stopped watching The Secret Life of the American Teenager. But with all the signs being there that this movie could be terrible, I decided to watch it anyway. To see if that turned out to be a regretful decision, look below.

A young girl named Sawa (India Eisley) is an Amp addict who helps her caretaker Karl (Samuel L. Jackson) kill and handle the men he, as a police officer in a corrupt society, could never book, much less send to jail. Her main focus though is avenging her parents killed long ago when she was a child. Something Karl has helped her with all her life as he pushes her in the direction of multiple human trafficking people who he claims will lead her to her parents’ killer. Though with Amp leading to memory loss, and other issues, there comes a point you aren’t sure if Karl has Sawa’s best interest at heart, or if he is just using her to do what his badge won’t let him.

At this point in Samuel L. Jackson’s career, pretty much all of his characters are him by a different name. Meaning the yelling, the signature looks, and all that has made Jackson a compelling actor is essentially brought to each role again and again. And while for many this becomes a reason to criticize them, it seems Jackson picks characters who suit the persona he finds comfortable. Making it so while his performance as Karl doesn’t stand out amongst his filmography, it doesn’t hurt it either.

As for Eisley, while her performance as Sawa isn’t like Chloe Grace Moretz as Hit Girl in Kick-Ass, nor even on the level of Natalie Portman in Leon: The Professional, she tries. Which sounds a bit condescending and shady I know, but she hasn’t done much to really deserve much in the way of expectations. So her being able to hold her own in the film should be looked at as an accomplishment since she isn’t a supporting actress but the star.

However, being someone who has watched the source material, I must admit that I was disappointed on multiple levels. For while I recognize the violence and sexual content would have been far too much to put into the movie since it could mean an NC-17 rating, because it includes multiple rape scenes, I feel what we do get is so watered down that this barely feels like an adaptation at all. I mean, the film could have easily hinted, instead of visually depicted, what Sawa went through in the anime rather than give us a film which seems more like a plagiarized story than an adaptation.

But perhaps one of the most glaring issues, which makes it hard to forgive how watered down the story is, deals with Eisley’s abilities as an actress. For with her lacking charisma, or finding a way to compensate for how stripped down Sawa’s story is, it makes for a rather boring watching experience. Add in she is either drugged up, or dealing with withdrawal symptoms from Amp affecting her performance, and you really get a motion picture which really pushes the idea that there was no real reason for this to be made.

In normal situations I would say you are better off watching the source material but considering the source contains multiple rape scenes, I feel hesitant to recommend it. But when it comes to this film, without a doubt you should skip it. For while Samuel L. Jackson plays Samuel L. Jackson as good as ever, Eisley doesn’t find any sort of way to compensate for this stripped down version of Kite which leaves her hardly any depth to really create a compelling character. Add on she herself doesn’t seem like she was ready yet to be in a starring role, and you get a movie which, without a doubt, should have never happened. Though of course, the whitewashing of characters didn’t help me thinking any less of this film.

Spiderman: Far From Home feels like a shakeup to the MCU formula for its individual movies, and creates an awesome transition film for the next MCU phase.
Read more

While it has a bit of a rough patch an hour in, for the most part, Adolescence is a touching drama with a good amount of heart.
Read more
00:02:08

Shaft (2019) somehow balances being modern, funny, old school, and a bad mother****er without losing a beat or pushing you to check your watch.
Read more
00:02:30

As Phase 3 comes to an end, both casual and hardcore fans are reminded of the power of the MCU and that this is, in fact, the Endgame.
Read more