Just Before I Go – Overview/ Review (with Spoilers) 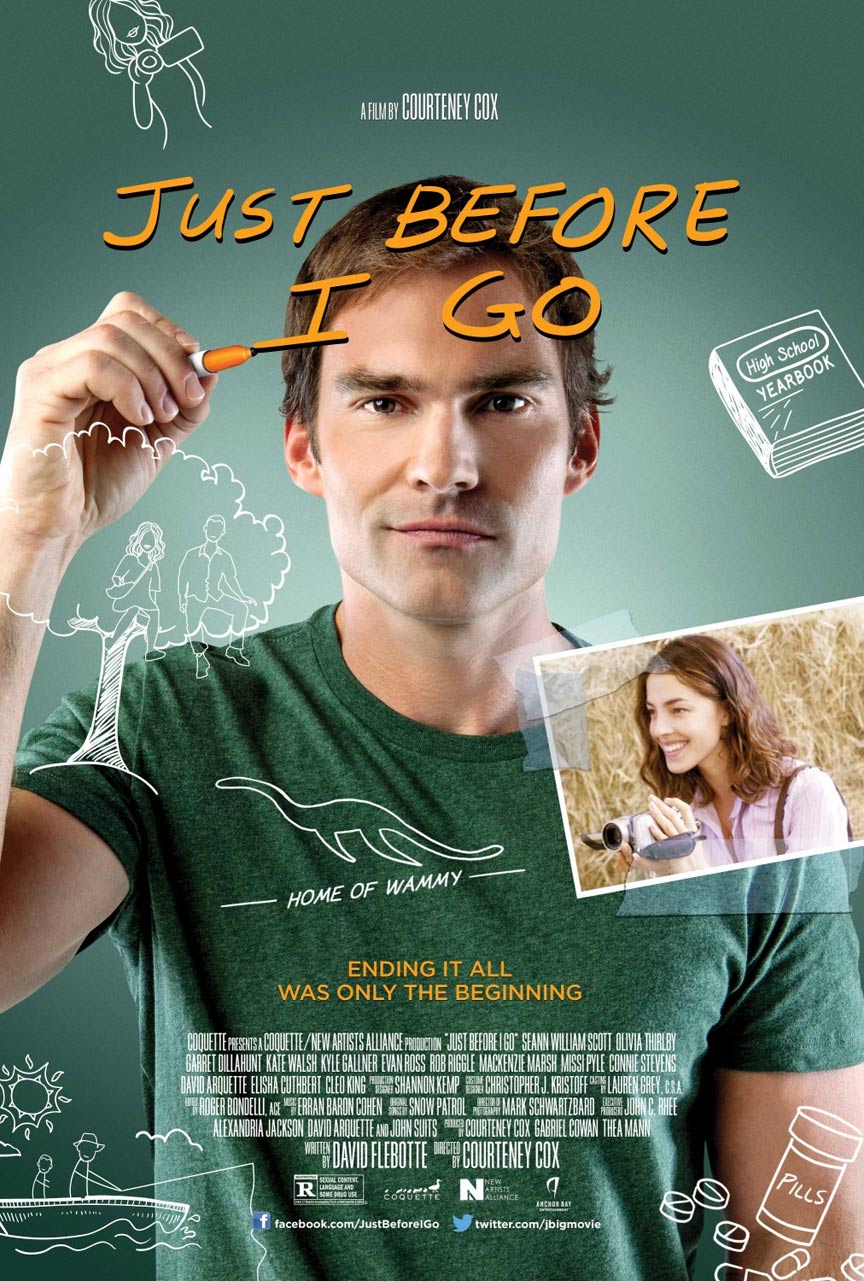 Just Before I Go is a formulaic indie movie which brings up a lot of interesting topics it could have explored, but seemingly the film rather just skim the surface of multiple topics and move on rather than present any sort of depth to any of the issues brought up.

At 41, Ted (Seann William Scott) hasn’t much going for him in life. He isn’t married, he manages a pet store and doesn’t seem to have much in the way of friends. So, considering where his life is at, he contemplates suicide. However, before killing himself he wants some closure. So, he leaves LA to go home to Kempton and decides to confront a slew of people from his past.

Alongside this story comes his brother’s Lucky (Garret Dillahunt) marriage, his nephew Zeke’s (Kyle Gallner) dealing with his sexuality, and a romantic plot with Greta (Olivia Thirlby) who may be, one of many, who may get him to reconsider committing suicide. That is, assuming he isn’t fully dedicated to the idea.

To me, a lot of the storylines in the film, whether it is Greta’s family tragedies; Zeke trying to come to terms with his sexuality; Vickie (Mackenzie Marsh) trying to deal with a dissatisfying life; or even Rawly (Rob Riggle), having both a love/ hate relationship with his father, were very interesting. Especially paired with Ted trying to find a reason to live, when he has pretty much spent 41 years just being alive since death never came to visit.

However, while there are many interesting storylines going on, unfortunately, it seems no one’s story is allowed the depth and time required to give what they have gone through, or are going through, meaning. An issue which could be chalked up to the fact a good portion of the actors seem more comfortable in being comedic rather than dramatic actors, or simply because the film doesn’t want to become too heavy.

In many ways, there are a lot of interesting characters and stories the film presents. Unfortunately, though, none of their potential is realized for whether it is the casting, the writing, or perhaps too many characters to give anyone their warranted focus, we barely get to skim the surface of everyone’s story. Thus leaving you wanting more, but in the worse way possible. However, considering the surprise it is to see Seann William Scott do decently in a film like this, as well as his other comic peers, perhaps this maybe the first film for many of them towards showing they can be more than a handful of iconic comedic characters.