I, Tonya – Recap/ Review (with Spoilers)

I, Tonya may help build up Margot Robbie’s filmography, and get Alisson Janney major awards, but it’ll also may bore you senseless.

From 1984 till 1994, we follow the life of noteworthy figure skater Tonya Harding. A girl touted as a tomboy who happened to like the very femme and proper sport of figure skating. Something her mother, LaVona both seemingly encouraged and disdained. She pushed her daughter through mental, emotional, and physical abuse, and similar to many greats in any industry, while this may have taken Tonya to great heights, it also prepped her for a nasty fall.

Mostly because, the person she sought out to replace the abuse of her mother was Jeff. Someone who could be just as cruel as her mother. Yet, she still reached new heights, had very public falls, and then, of course, there was the Nancy Kerrigan incident. One which stripped the seemingly uneducated, I’m talking not even a high school diploma with her name on it, Harding and left her with a famous name but lacking the same ability of other fallen stars to make a comeback. For unlike actors, musicians, and even some other sports stars who mess up, Harding was stripped of her ability to compete, left with fines over $100,000, and all the physical, mental, and emotional trauma placed on her from years of being with Jeff and being raised by her mother.

To put it simply, there is a Lifetime movie if they ever decided to have their productions rated MA and cast actors who the industry would actually take seriously. 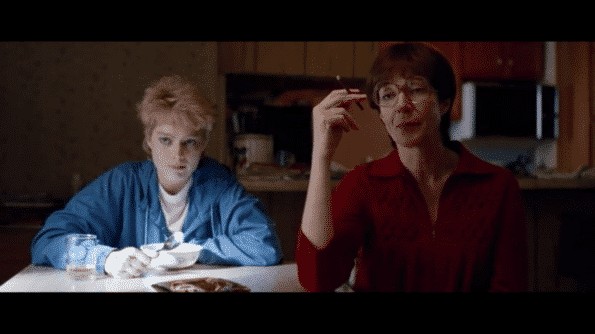 If I was to be completely honest, the main reason Robbie is being noted as a highlight is because she is playing against what we’re used to seeing from her – at least in terms of major work. Her being Tonya, this poor, not trashy but definitely not classy, kind of girl, it is something different from her. It pushes the idea that unlike a lot of actresses who can easily be boxed in as only good as a love interest, the token woman in an action movie, and things of that nature, she is diverse.

You want to see a woman who is no prize but still shows she is deserving of love, affection, and sympathy? Robbie can do that. She can show you a woman who has a filthy mouth, yet can still be loveable. Hell, not to mention, a woman who may have dealt with abuse her whole life but rarely even is a victim. Maybe a fool in love with a man or who hopes to reconcile with the person who gave birth to her, but not a victim. She’ll fight back, leave when it’s clear things can’t be fixed at the time, and maybe return when her faith in the person has healed.

Even when, like with LaVona, such is a complete waste of faith. Leading to the Janney’s performance. Needless to say, Janney is arguably one of the best-supporting actresses in the industry. There isn’t any real attempt to be the star with her, yet if you don’t meet the challenge and push she gives your character, she will overpower you. Yet, in this film, when she goes toe to toe with Robbie, while Robbie does stumble back a bit, similar to Tonya, she then takes a step forward and hold strong. Thus making it while Janney may come off a bit stronger as LaVona, she still makes for an asset of a supporting actress which really brings you to feel for Robbie – no matter what she says, does, or even taking note of the Kerrigan incident.

Who is Nancy Kerrigan? 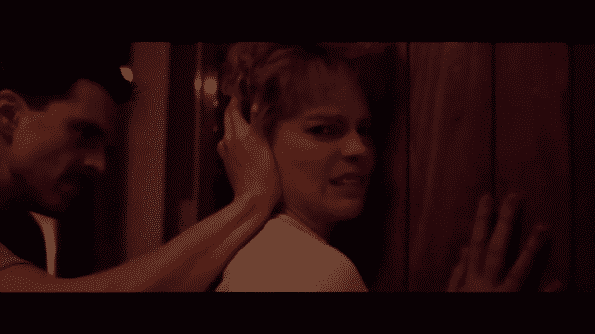 It’s kind of weird how tight this cast is. Especially in terms of showing Tonya with no friends, including Nancy who we are verbally told would sometimes be Tonya’s roommate. In my mind, it would have made more sense to show this relationship and just show who Tonya was outside of these two abusive relationships – that is the one she had with her mom and ex-husband. And while I get, as does writer Steven Rogers, based off the lines he gave Robbie, that Nancy is the big thing you want to see, they make that whole thing so anti-climatic that it gets no reaction out of you.

Which, I don’t know, maybe it is because we saw worse done to Tonya. I mean, to show you how desensitized you may get at that point, you’ll see Tanya get slapped, punched, knocked into mirrors, shot at, and even gets a knife thrown into her arm. So one strike to the back of the knee for Nancy kind of makes you hunch since we’ve seen Tanya seemingly go through so much worse.

And even if you want to bring up the whole legal aspect of Tonya allegedly pushing Jeff or his associate to do something to Nancy, even while that is a large focus, so comes the problem of the men in the movie.

The Actors Pale In Comparison To The Actresses 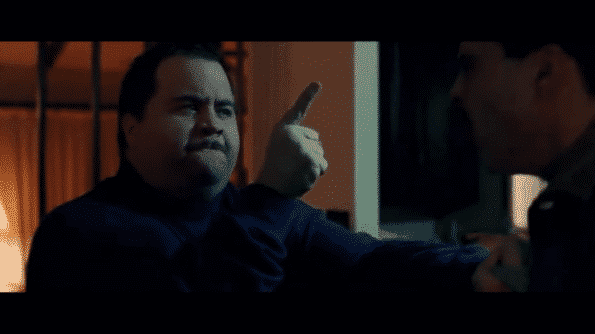 Sebastian Stan is not someone I would call an actor with a commanding presence. Nor would I call him someone who is leading man material. Does he get the job done? Yes. However, he gets the job done in such a way that you can’t have the movie be on his shoulders. Unlike Janney, there is nothing about him which challenges his fellow actor. Yes, in his stint as Bucky Barnes, he does whoop ass but, in terms of actually having to communicate, emote, and engage without explosions and such to be a distraction, films like I, Tonya are not his strength.

What perhaps makes things worse is he gets paired with Paul Walter Hauser who I’ll give props for getting a reaction out of me. I so badly wanted to see Tonya bash his head in one good time. But, I don’t know if I hate him because of how he was played, or just because I was getting antsy and annoyed because I was increasingly feeling better off just watching a documentary vs. watching this. 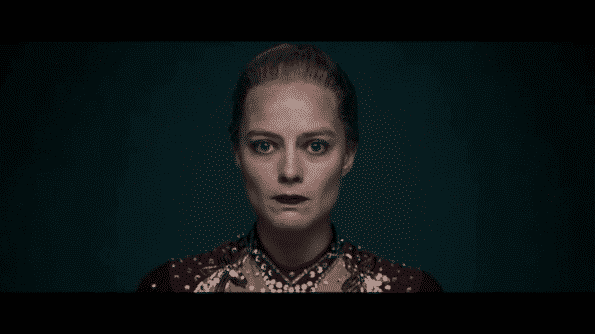 While we get a quality performance out of Robbie and one which surely will be another feather in Janney’s cap, this film barely feels worth checking out. If for the sole reason that, besides the bias towards Harding, it just comes off like a well put together Lifetime movie. As if the network took making movies seriously for a few years and decided to buy the rights to Tonya’s story and make this their first big screen production.

Like Tonya, Robbie is definitely an underdog. For reasons I still cannot fully fathom, Lady Bird is still being treated as quite a big deal and then, in terms of red necks with a filthy mouth, Frances McDormand in Three Billboards has Robbie beat. Her only real edge is this is based off a real story but even with that anecdote, arguably with only Alissa Janney playing a strong supporting character, it lessens her chance for anything besides being in the room.

Again, Lady Bird is the main issue here. I wanna say Mary J. Blige in Mudbound as well, but realistically it is between Janey and Metcalf and I’d argue Metcalf has things wrapped up. Granted, I haven’t seen Downsizing, but I’m barely seeing or reading anything about Hong Chau, so this really is a two-person race. I’m honestly not even sure why Octavia Spencer is nominated, but with there being two Black women in the category, I’ll try to keep from raising my eyebrow.