In order to enjoy Home Again, I want you to strip away the idea you need the usual drama we see in movies and TV. For what seems to be the pursuit in Home Again is showing weird and complicated relationships. Ones which, by the grace of some other worldly being, come into our lives when we need them the most.

At 40 years of age, Alice (Reese Witherspoon) has had quite a life. Her father was a famous film director, an Oscar winner. Her mom Lillian (Candice Bergen), his muse and a woman with her own legendary career. But, as for Alice, she is still finding herself. Something she seems to have struggled with professionally, and maybe a bit in her personal life.

Hence why, after about 15 years together, and two kids, Alice leaves Austen (Michael Sheen), takes their kids Isabel (Lola Flanery) and Rosie (Eden Grace Redfield) and heads to her father’s former mansion in LA. A place where, on her 40th birthday party, she nearly hooks up with this late 20 something-year-old guy named Harry (Pico Alexander). Someone who charms her, and her mother, and finds himself, and his friends Teddy (Nat Wolff) and George (Jon Rudnitsky), living in Alice’s guest house.

A weird scenario, I know, but there is something weirdly natural about it. Especially as Alice sort of falls for Harry but still hasn’t really let go of Austen yet. Then, on top of that, you can see through the girls’ connection with Teddy and George how it wasn’t just Alice who sometimes felt neglected by Austen. Someone who, after 5 months of being separated, tries to get his family back. Yet, with the boys coming together and largely taking his role as a confidant, significant other, and partner in raising her kids, you wonder if maybe it could be too little too late. 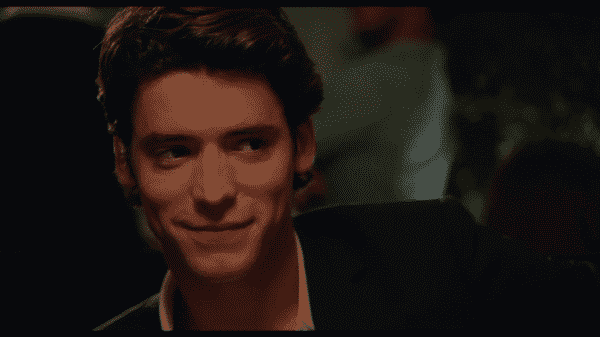 There is a bit of a love triangle between Harry, Alice, and Austen. One in which, even when Austen is being petty, there is some difficulty in taking sides. On one hand, Harry is this young guy with all this charm and sort of helps Alice get her groove back. He sort of disrupts her life and reminds her what romance is. Maybe even passion.

Yet, on the other hand, Austen is a charmer too. His main fault though is he has a history with Alice. He, like Harry, sometimes put his work before her and it led to her, and the girls, in the case of Austen, perhaps not feeling valued. Something we get to see quickly played out through Harry missing a dinner and it really helping to drive that, at this point in Alice’s life, while she wants stability, she also wants that passion she had in her 20s too. Making the decision between the man she knows and this boy who is on his way difficult. Especially since the decision can affect her children. 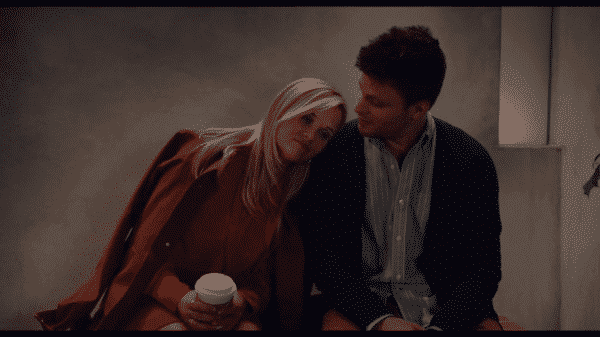 While by no means do we see Alice fall apart, we are reminded by Harry that we are mostly seeing her at her best. At the beginning of Home Again we do see her having a bit of a meltdown, but we are reminded she is a single parent raising two young girls. Two girls who only really have her, and their grandmother part time, and there is this need to set an example. All the while, trying to give them the type of joys her father gave to her.

Yet, Alice isn’t super mom. So with George and Terry, we see them pick up the slack in the child rearing department. Terry in the form of watching over Rosie and, when Austen comes around, sort of being a red flag in terms of Austen’s intentions. Then with George, we see him bond with Isabel in such a beautiful way. For, you see, Harry, Terry, and George are in pursuit of making films. Harry is the director, Terry the actor, and George the writer. So with Isabel being a bit introverted, yet with talent, he fosters her in a way. Thus allowing us to see this child bloom because this man, unlike her dad, sticks to his word and actually is there when she needs him.

All of which you’d think may look or seem forced. However, the guys come into Alice’s household like Mary Poppins and truly come off as a god send. Thus creating quite a few touching, and heartfelt, moments. Well, alongside some comedic ones since Austen doesn’t like any of them and Terry is the most vocal, and physical, about his distaste for Austen.

The way it sounds, Alice has probably used her privilege, thanks to her father and mother’s money and prestige, to spend most of her life finding herself. With that, it isn’t clear what she does but try things out until she realizes she isn’t good at it. Though, now at 40, it seems like it has clicked that she is good at interior design. Sadly, though, her first client is Zoey (Lake Bell) and that whole subplot is weird and I think the intention was supposed to be comical, but it flops in the pursuit.

It isn’t clear how old Rosie is, but she is written as one of those types of children who are smart alecks with plenty of one liners. Which, for some, maybe cute and funny. With me though, it leaves me questioning how old is the child supposed to be and who inspired her to talk this way?

Alice’s father is talked about for a good 5 or more minutes at the beginning of the movie, and his presence sort of lingers. George is a huge fan and when he sees the memorabilia, he freaks out. Lillian convinces Alice to have these three strangers in her guest house by noting how her ex-husband, who cheated on her, would have loved them. Then there comes the question of this other child he fathered and at times, it really makes you wish this man was alive.

Yet, in some ways he is. Between Austen and Harry, and that extended background we get about Alice’s dad, you get the idea that Alice falls for men who kind of remind her of her dad. Be it his charm, charisma, him not being the most dependable of people, it is something she is attracted to. Making it where, even though we don’t truly get to meet Alice’s dad, you do feel like, through those two men, you vicariously did.

Do I necessarily think you need to see Home Again immediately, like this weekend? No. Is this even a notable film for any of the actors’ filmographies? Absolutely not. However, what you get here is that rare mix of a film which doesn’t try to dramatize a situation yet doesn’t necessarily come off boring. For what it tries to do is really explore the importance of relationships and illustrate how each one affects the ones we have thereafter. It is perhaps one of the few films which, in my mind, practices trying to be subtle but doesn’t lose your interest in the process.

Hence the positive label. For while I think of Home Again as one of the films you need to watch multiple times, I do hope some writer sees what was done here and improves based on the example. For the Home Again was touching, without being Lifetime cheesy. Dramatic, but not to the point of being eye roll inducing, and really seemed to want to focus on one weird situation which may be something you’d only see in the movies. Yet, somehow, Home Again finds a way to almost trick you into thinking, if fate would have it, situations like this could happen in your life.