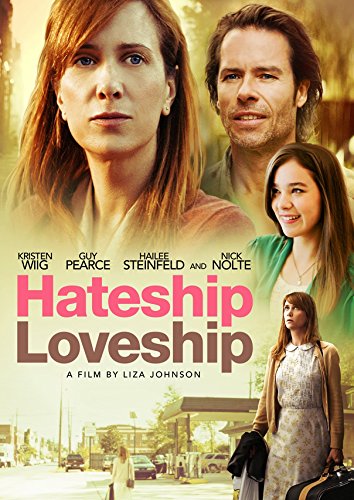 In this drama starring Kristen Wiig, she plays a nanny just starting a new job in which the family is plagued by tragedy and drugs.

When it comes to comedians doing dramatic roles, especially after they peak, when it comes to their comedy, it has led to some quality roles. For whether it was Robin Williams, Eddie Murphy, Adam Sandler or Jim Carrey, arguably some of their dramatic roles are better than 90% of their comedy films. Unfortunately, though, women haven’t really found themselves transitioning as often from being a comedian to going to dramas. Monique did with Precious and Kim Wayans with Pariah, but I would argue it isn’t much a norm. Leading to the question: Does Wiig present herself as the next comedian to show dramatic chops, or maybe she should stick to making people laugh?

Johanna’s (Kristen Wiig) latest job ends with the old woman dying and then her venturing off to become the nanny to a young girl named Sabitha (Hailee Steinfeld), who lives with her grandpa Mr. McCauley (Nick Nolte). A man she lives with since her dad Ken (Guy Pearce) is a drug addict and killed Mc. McCauley’s daughter. So, to protect his granddaughter from such nonsense, and to punish him as well, he has guardianship over Sabitha.

Thing is, though, he is old and can’t keep up with her so that is where Johanna comes in. But with Johanna being plain, and a bit gullible, naturally it leads Sabitha and friend Edith (Sami Gayle) to pick with her. How? Well, they pretend that Ken has a romantic interest in Johanna and for most of the movie that is the main focus. Johanna falling for Ken and him growing accustomed to her.

Something I liked about this film was everyone was given their own life outside of Johanna’s role in it. Sabitha had friends, a love interest, and her own drama; Mr. McCauley had a love interest; and Ken had his drug buddy Chloe (Jennifer Jason Leigh), his motel, and probation officer to worry about. All of which kept them from seeming like their lives stopped and started only when Johanna was around.

And the reason I’m glad they were presented with some sense of their own lives is because Wiig plays Johanna as a woman who speaks in a monotone voice and almost has a horror villain type of personality. Like, when you meet Johanna you almost wonder if by the end of the film there will be blood everywhere, which of course she would clean up, and then she would leave as quietly as she came. For that is how deadpan Wiig plays her. Add in that Johanna isn’t interesting in any sense of the word, and it makes the lead damn near feel like a liability.

Though the story, as a whole, isn’t really appealing to compensate mind you. For while there are mentions of what happened to Ken’s ex-wife, some tidbits about Ken’s sort of girlfriend Chloe, and we get little story tidbits about Mr. McCauley and Sabitha, often it feels like the story is rather aimless. Yes, there is a beginning, in which Johanna shows up to Mr. McCauley’s house; a middle, when Johanna falls in love with Ken; and an end, in which those two find themselves in a relationship; but, once all is said and done, it is hard to say you were really given a reason to care about anyone for no one seemed to really evolve. Take for example Ken’s drug addiction, we don’t see him go through withdraw and all that, or really heal his relationship with Sabitha or Mr. McCauley, it is just Johanna stepping in, telling him he should stop due to her getting pregnant, and then we time jump and it seems he is now the type of guy he should have always been. Making it so the one meaty part of the movie, which could have brought some type of interest, gets cut.

Like The Prince, something about this movie just feels lazy. Almost as if there was an interesting story which could have been told, but something led to the writers telling you the most basic of stories just so that they could fit the movie into the schedules of all the actors involved. Leading to why I’m saying to skip this film. For while there isn’t anything necessarily wrong with it, unless you are picky, it just is boring to the point where it doesn’t provide you anything besides good background noise for a nap.